6 Women in the Bible Who Broke the Mold

These biblical women were trailblazers for Christ.

Have you ever seen someone do something so spectacular that it completely changes the way things were done from that point forward? When that happens, people often say that person “broke the mold.” We often talk about athletes, artists and musicians breaking the mold. When someone breaks the mold, we recognize that they have done something differently than it has ever done before. Today, we see women breaking traditional molds on every hand. Women are holding jobs now that have been male strongholds in the past and reaching new heights in the sports and entertainment industry. Women breaking molds is something we didn’t see too often in biblical times. However, these women did. These women broke the mold, not for the sake of saying that they did. They weren’t trying to blaze new paths for women, nor were they rebelling against unfair treatment. They were women who were driven by the fierce love and commitment to the Lord. They just couldn’t let traditional molds keep them from sharing the truth. Here are six women of the Bible who broke the mold.

In the book of Joshua, we are introduced to one of the most thought-provoking and astonishing heroines of the Old Testament. Rahab, the prostitute of the Canaanite city of Jericho, ultimately is noteworthy for her great faith and for her place in the lineage of Jesus Christ. But a closer examination of the list of this Gentile woman can lead to deeper insights into God’s plan for His church and His dealing with individual believers in grace and mercy. While she was part of a corrupt, depraved, pagan culture and was not in an ideal circumstance to come to faith, she had benefited from the godly leadership of Moses or Joshua. Through God’s Word, she came to the saving conclusion: “For the Lord your God is God in heaven above and on earth below” (Joshua 2:11). We learn from her story that once we come to Christ, our past’s no longer matter. The slate is wiped clean for5 all who believe and accept the sacrifice of Jesus on the cross on our behalf.

While Phoebe is only mentioned once in the Bible, she was a helper of many and given a leadership role in the church during a time when were not trusted the same as men in the culture. In Romans 16:1-2, Paul writes, “I commend to you our sister Phoebe, a deacon of the church in Cenchreae. I ask you to receive her in the Lord in a way worthy of His people and to give her any help she may need from you, for she has been the benefactor of many people, including me.” Letters of introduction to strangers were common in biblical times. The mention of Phoebe in this way means she was probably either the bearer of the letter or accompanied those who took it to Rome. Paul adds that Phoebe helped many, which indicates she may have shown great kindness in various ways to other Christians, perhaps receiving them into her house in the manner of Martha and Mary.

Priscilla was a Jewish woman from Rome who converted to Christianity. Her husband was named Aquila. They first met the apostle Paul in Corinth, became good friends of his and shared in his work. In Romans 16:3-4, Paul says, “Greet Priscilla and Aquila, who work with me in Christ Jesus, and who risked their necks for my life, to whom not only I give thanks, but also all the churches of the Gentiles.” These two were tentmakers like Paul. He also explains in Acts 18 that when Apollos began to speak in Ephesus, it was Priscilla and Aquila together who pulled him aside and explained the way of God. Eventually the Corinthian church met in their home. These two remarkable people belong in the pantheon of Christian heroes, and their ministry is both an encouragement and an example for us. Priscilla is a great example of how a husband and wife can work together in partnership for Jesus.

Very little is said in the Bible about Lydia. There is only one mention of her by name in Scripture – in Acts 16. Here, we find the record of her conversion and her subsequent baptism. From the story of Lydia, we can gather a few useful details about conversion, specifically about the conversion of Jewish believers. The account of Lydia’s conversion says that she was gathered with a group of other women on the Sabbath at a place of prayer near the river outside of Philippi. Her conversion marks the start of a new epoch in the Bible. Up to that point, the gospel had not gone further west than Asia Minor. In fact, on this journey, Paul’s original intention had been to stay in Asia, but God had changed his plans. The story of Lydia is a great example of God’s providence and His care of believers.

Huldah is the only female prophet in the book of Kings. Huldah lived in Jerusalem during the reign of King Josiah, who was one of only a few good, God-fearing kings of Judah. While there aren’t many details about Huldah in the Bible, her prophecy and the events that precipitated it are quite amazing. During what was apparently a routine housekeeping task being performed for the king, the high priest, Hilkiah, found a copy of the Book of the Law, which had been lost and brought it to the king to be read. The Book of the Law, given to the people by God through Moses, was the foundation of Israel’s entire religious and political system. She declared prophetically that the book they found was the authentic word of the Lord. She also prophesied destruction as the people had not been following the instructions in the book. They trusted that Huldah would prophecy the truth.

The Women Who Witnessed the Resurrection

The Women Who Witnessed the Resurrection

Comparing all four Gospel accounts of the disciples’ experiences at the empty tomb on the first Easter morning can be challenging. Each Gospel records that even a little different. There is, however, in each of the Gospel accounts of the resurrection a common thread. The first witnesses to the reality of the empty tomb were women, or just Mary of Magdalene according to John’s account. These women are recorded as credible witnesses of the resurrection, in a time when men were considered trustworthy. This fact still astonishes many people who assumed the disciples of Jesus made up the resurrection account.

We can learn a lot from these six women of the Bible. The guiding principle is that when a tradition or a mold inhibits our ability to share Jesus Christ. To follow Him in new and effective ways, then breaking the mold is the right thing to do. Are you ready to break the mold? Look at these women and ask God to give you the wisdom and courage to know when to break away from what is traditional behavior into new territory, in order to follow Him more perfectly. 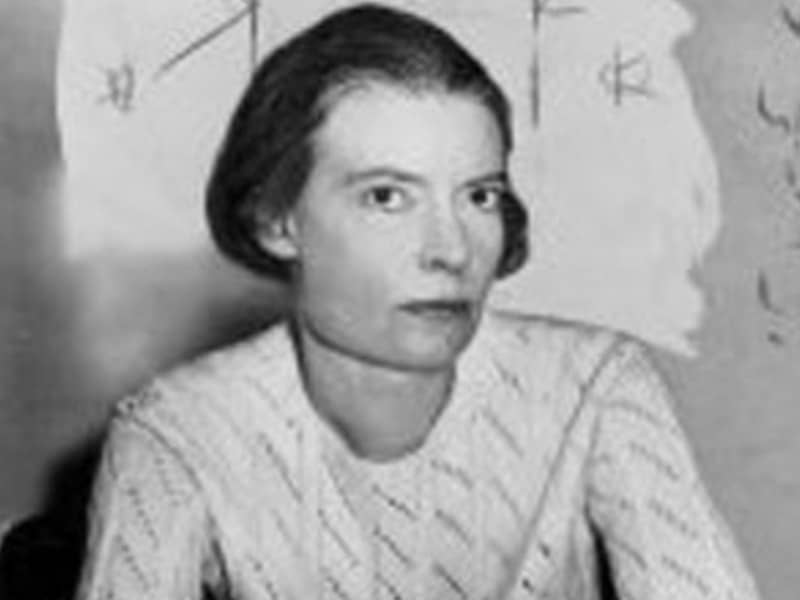 The Incredible Faith of Dorothy Day
She inspired through her words and works. Read next feature >
Lesli White is a graduate of Virginia Commonwealth with a Bachelor’s degree in Mass Communications and a concentration in print and online journalism. In college, she took a number of religious studies courses and harnessed her talent for storytelling. White has a rich faith background. Her father, a Lutheran pastor and life coach was a big influence in her faith life, helping her to see the value of sharing the message of Christ with others. She has served in the church from an early age. Some of these roles include assisting ministry, mutual ministry, worship and music ministry and church council.