A Tribute to My Hero Fireman

How firefighter Patrick Brown, who died at the World Trade Center on 9/11, touched the hearts and minds of so many people.

Captain Patrick Brown died on 9/11, surrounded by burn victims he hoped to evacuate from the Trade Center’s north tower. A legend long before then, he had been on Dateline, and in Time and the NY Times Sunday Magazine, to name just a few. Although he was exceedingly modest, the media loved him, especially in those instances when he put the possibility of saving a life above the imperative of playing by the rules. For instance, a fixed anchor could not be found during one famous rooftop rope rescue, so "Paddy" held the rope in his own bare hands while another firefighter climbed down to rescue the victim—who was ready to jump—from the window below.

Paddy touched the minds and hearts of all sorts of people, people who didn't even know he was a firefighter. And after he died, his former fiancée, Sharon Watts, collected some of their stories and braided them together with her own story of knowing and loving Pat Brown. Here are a few excerpts from her book, Miss You, Pat.

I first heard about him in Yoga Journal. Accompanying the article was a beautiful photo of him wearing leggings and an FDNY tank top with his hands in prayer position. I could tell that this man had a story to tell. What had those eyes seen or that body endured that could only be imagined by me?

Upon reading the article, I learned of the former Marine, Vietnam vet, and most-decorated NY fire captain. Pretty hairy-chested stuff to be sure—but then I read about the man who cried the first time he chanted in a yoga class, who went on to describe how yoga helped him emotionally and spiritually. It occurred to me that this man had found the balance that all men strive for or struggle with—that of acknowledging their aggressive sides with their emotional, spiritual sides, then blending the two into a unified whole in service to others.
–Kirk Kupensky, yoga teacher

He was a legend. He was an expert; he studied the art, the science of the whole firefighting thing. He was fearless. But what I also found out was that he was a true hero in the Greek sense of the word. That there are flaws in them, but they rise above those flaws. And that’s what makes him a hero.

He had things happen in his life that caused him great suffering, which were not his fault—things that, because of alcoholism in his family, led him to go to Vietnam at an early age, which led him to being exposed to things that hurt him, which led him to come back to New York and do some crazy stuff—and then he became a fireman. He came to the realization that he then had to put the bottle down and try to heal himself from those traumas of his early life. To resurrect himself.

He actually began to heal himself— through running, boxing, karate, yoga, through trying relationships with women, through self-betterment, through diet—everything! He always strived to be a little better each day. And he was getting there. He never, ever stopped trying.
–Steve McCarthy, “Finding Paddy” filmmaker

He got me a book by Dr. Weil, because he wanted me to get healthy; he had a passion for health and spirituality. I was 260 pounds at the time and wanted to lose weight.

And I was running very slow, on the FDR Drive. I thought I was gonna die of a heart attack, I was so out of shape. And I see him riding that old bicycle of his, and he stopped and was so proud that I listened to him, that I did it. ‘Cause I knew it was coming from Pat Brown. When Patty did something, he did it with conviction. He took the time to teach people. He loved to show you what he loved, and made you want to join in his passion.
–Steve Baker, Pat’s Friend and AA Sponsee

Senpai Brown gave me a hug and held me and told me, "It’s okay, Nooria. Cry if you want to. Let it go." And then he told me after a while, "You're the same Nooria you used to be. Look inside of you and you will discover yourself. Blindness is just one part of you; you still breathe, you eat, you do your regular things, and I am sure you will accomplish a lot in your life." Then he told me, "If you fall down seven times, get up eight. Never give up, and always try again. Even if you fall many times."

I learned so much from him. Not just karate techniques—I learned discipline, dignity, respect for myself as well as others. He taught me: don’t ever let myself go down and say "Okay, Destiny, you can take me wherever you want to take me." I have to change my destiny to my own favor.
–Nooria Nodrat, NYC Marathon runner

I used to think of him as "CROW" in the Native American tradition— the people who carry crow medicine are the keepers of sacred law. They are also able to transmute themselves, or what’s called in Shamanic tradition: “shape shift.”

Shape-shifting means being able to change into any form that you want, so you could appear as a fly on the wall or a coyote in the bush, or you could be two places at once, or you could be telling the same story to one hundred people simultaneously. I always used to think that of Pat, not necessarily literally, that he was able to duplicate himself or manifest in two places at once, but—almost! Figuratively, he was able to shape-shift. He was able to change form and connect with people on their own levels. He was able to adjust his frequency, and match impedance levels with whomever he was talking to, and that’s a great skill.
– Beryl Bender Birch, Founder of Power Yoga

I never talked to him about his personal life, but I could see the change, the revolution he underwent. When he first started coming, there was a kind of dark quality, a suffering quality. But soon his face relaxed, his body became much more smooth and at ease, and he seemed to drop his emotional/psychological armor.

We deal with archetypes in yoga that represent the postures, not just physically but energetically and emotionally; they are helpful to a person’s development. One of these is the Hero. “Virasana” means Hero Pose (in Sanskrit). It means that you sacrifice your personal comfort and welfare so that others can be free. We talked about it a lot in class, and I can just see him now, sitting there, smiling.

It was in Pat’s nature to challenge himself in such a way as to make him more available to serving others. Because his motto was: "Other people’s lives come before mine." A form of yoga called Karma Yoga has two aspects—you do good works with no expectation of any reward. So for Pat, it meshed perfectly with who he already was, how he viewed his contribution to life in general.

I think the yoga practice represented to him a kind of maturation; it’s amazing that he could continue to evolve his choices, to embrace more philosophically his whole life view. And that it happened when it did, in his life, was picture-perfect, in a way.
–David Life, Jivamukti Yoga Center

I'm on the 35th floor, okay, okay? Just relay to the command post we're trying to get up. There's numerous civilians at all stairwells, numerous burn injuries are coming down. I'm trying to send them down first. Apparently it's above the 75th floor. I don't know if they got there yet. Okay, Three Truck and we are still heading up. Okay? Thank you.
–Captain Patrick J. Brown, tape from 9/11/2001, released on 8/16/ 2006
next feature 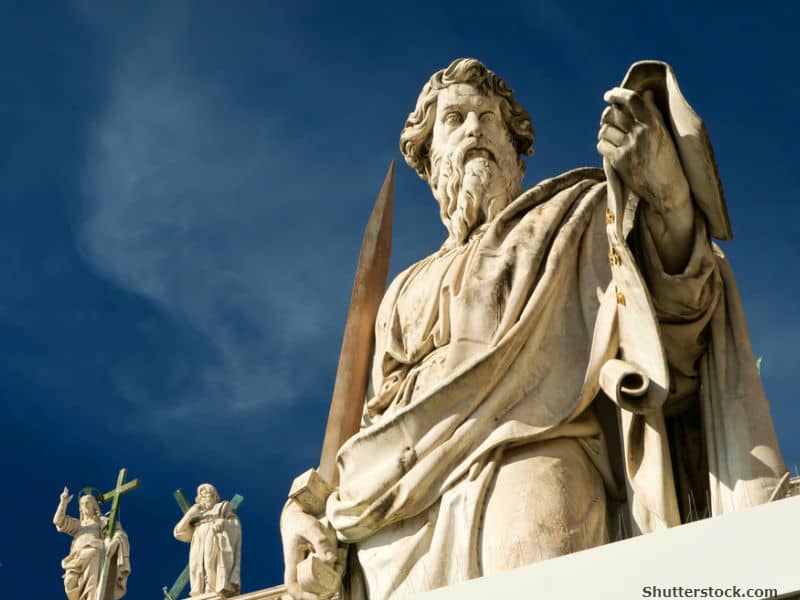 20 Amazing Messages From the Apostle Paul