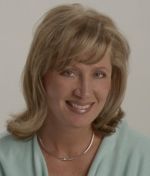 Charlene M. Proctor, PhD, is the author of the bestselling Let Your Goddess Grow!  7 Spiritual Lessons on Female Power and Positive Thinking.  Charlene has also written The Women’s Book of Empowerment:  323 Affirmations That Change Everyday Problems into Moments of Potential.

Charlene, who holds a Doctor of Philosophy degree from the University of Michigan, is the founder of The Goddess Network, an online community which inspires women to celebrate the feminine principle at work and at home.  An author, researcher, and educator in the field of women’s empowerment and female work culture, she helps develop self-empowerment strategies for women in all walks of life from affirmations to on-line Sacred Circles and self-help groups.  Her lectures, workshops, and electronic programs reach a worldwide audience daily.

Radio shows across the have interviewed Charlene including Multicultural Radio’s Sunday Magazine, (Associated Press) Between the Lines, Shadow Broadcast Services (Distributed to 2,000 stations), Marcia Wieder’s Dream Coach Show, and the international XZone.  Widely excerpted on the Internet, Let Your Goddess Grow has received excellent reviews from Sage Woman, New Age Retailer and Inspire Magazine.  On a multi-city book tour in 2006, she was featured on news shows across the country, at The Goddess Temple, various Borders and Barnes & Noble bookstores, as well as The Learning Annex, the #1 alternative adult education organization in .  She is also included in the new book The Courage Code, which features stories of women who are making a difference in the world.

Charlene is a tireless community supporter and has produced the national The Empowerment Show for women living in transitional housing shelters who have been formerly homeless or victims of domestic violence.  The E-Show has been credited with helping many women launch into life with more self-confidence and self-esteem.  With the generous support of Avon Corporation and Lighthouse/PATH, she also presents lectures and experiential workshops to cultivate the confidence of single mothers throughout the year.

Having written and published in the social sciences, Proctor has championed the cause of the environment by investigating recycling technologies and textile landfill recapture.  BASF Corporation, Brayton Textile, The Institute of Business Designers, and numerous universities have supported her work.  As a former simulation architect, she has researched learning organizations, female leadership, the environment, and corporate spirituality.  However, her work with the Goddess Network gives her the greatest pleasure.  While deeply committed to helping others along their soul journey, she obtains balance in her own life from her husband and two teenage boys in the Detroit Metropolitan area.  For more information on Charlene Proctor, visit www.thegoddessnetwork.net.