How many tries will it take you to succeed? 100 reasons to never give up. 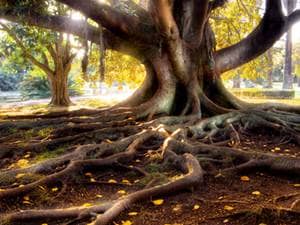 The president of my college gave the best speech any luminary ever could have at my graduation. Addressing the hundreds of students, he said that now that we were graduating, our success in life no longer depended on our I.Q., but rather on our F.Q.-our Failure Quotient; how many times we could be knocked down but keep getting back up and slowly moving forward.

I don't know if any of my fellow graduates remembered those words, but I never forgot them. I have seen over and over again in my life and in the lives of others how a high F.Q. is the key to success.the one factor that all people of accomplishment have in common.

Having a high Failure Quotient is a paradox; we aren't accustomed to equating failure with success. When we think of super-winners or super-successful people-whether they be superstar athletes like Michael Jordan, renowned politicians like Rudy Giuliani, or famed entrepreneurs like Ross Perot or Walt Disney-we usually think of them in the lap of luxury, at the top of the world, and at the height of ease and power.

Yet Michael Jordan is known as the greatest basketball player of all time for one thing: his ability to "turn on" in the fourth quarter; not the first, second or third quarter, mind you. But in the fourth quarter, when his team is often down, when things are most crucial, and when lesser players in sports-and more passive people in life-are ready to throw in the towel.

Everyone knows Rudy Giuliani as one the heroes of September 11th, the man who mobilized his city, and lifted our country and the world up out of the grip of fear surrounding one of the most traumatic events in history. Few people remember that just a short time before September 11, 2001, Rudy Giuliani's future had been discounted. He had to withdraw from the New York Senate race because of a diagnosis of prostate cancer. This was followed by a very public and messy divorce splashed across every newspaper column in the country and jibed at by every radio and T.V. talk show host on air.

Now ask yourself, on a scale of 1 to 100, at what level is Rudy Giuliani's Failure Quotient? How about Michael Jordan's? And most importantly, how about yours?

When we get a rejection or have a setback, it's very hard not to feel at least momentarily thrown off course. Yet I believe that a major benefit people receive who have gone through difficult life challenges is that no matter what other daily challenge they face, they can measure it against the larger life adversity they've overcome, and put it into its proper perspective. Whether you've been through a serious illness, loss of a loved one, divorce, or have been a victim of violence, the rest of your life you can benefit by using that experience to weigh everything else you face against it.

Here's a simple exercise that will make moving forward toward your goals and getting past obstacles, rejections, setbacks, and disappointments exactly one hundred times easier.

Before you start out on any project, whether it be seeking a customer if you're in sales, seeking a publisher if you're a writer, or seeking a mate if you're single, take a blank piece of lined paper and number each line 1 through 100. Make 2 columns if you need to as well as using the both sides of the sheet.

Now, here's the most important part:

When you start your project or goal, expect it may take 100 attempts to accomplish it! No, this is not a negative mindset. It simply acknowledges that you may need to try a number of approaches before you get something to work, or someone to accept you or your offer. Acknowledging beforehand that you're ready to put your all into at least 100 tries gives you the mindset of unstoppability.

I was counseling a lady on the phone recently who was going through a very complex legal struggle with an abusive ex-husband. She had gone to a number of attorneys, all of whom had told her she didn't have a case. I knew her situation and what kind of person she was. I also knew there were attorneys out there who would be willing and capable of helping this kind-hearted person, even if they would be hard to find.

She was feeling frustrated and defeated, so I told her to make out such a 1-100 list. I also told her that I would feel sorry for her only after she got to number 100 without finding an appropriate attorney.

Guess what? By the time she had gotten to number 3, she found the perfect one! A "compassionate bulldog" who immediately lifted 95 percent of the stress off her shoulders of handling her incorrigible ex-husband.

What would her life been like had she not made that list? How many candles would we be burning a day to light our homes if Thomas Edison had stopped at failed experiment number 10,000, 20,000 or 30,000 instead of going on to do the 50,000 it required to invent the light bulb?

Don't hesitate. Make your photocopied 1-100 lists now. If you don't accomplish a specific goal by attempt number 100, give me a call. I'll honestly tell you how sorry I feel for you.