How Other People's Good Deeds Make YOU a Better Person 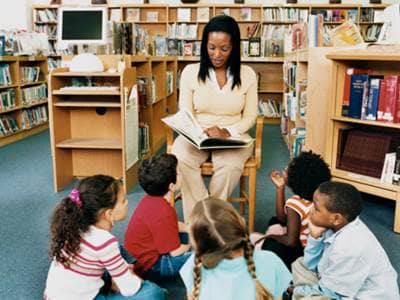 Did you just read "Mikey's Goal" or "Beliefnet Users' Favorite Acts of Kindness"? If so, it's likely you're an even better person than you were 10 minutes ago. That's according to research by Dr. Jonathan Haidt, winner of this year's Templeton Positive Psychology Prize.

According to Dr. Haidt, witnessing--even reading about--acts of kindness, heroism, or moral beauty produces an emotion called "elevation." Elevation has been noted in different cultures around the world and often manifests itself as "a feeling in the chest, especially warm, pleasant, or tingling." It also has a motivating effect: People who have experienced elevation report "wanting to help others, to become better people themselves, and to affiliate with others" who are also doing good.

For example, Dr. Haidt tells the story of one of his subjects who was riding home in a car with three other friends on a snowy night. She says, "As we were driving, I saw an elderly woman with a shovel in her driveway. I did not think much of it when one of the guys in the back asked the driver to let him off here. [She assumed this was near his home.] But when I saw him jump out of the back seat and approach the lady, my mouth dropped in shock as I realized he was offering to shovel her walk for her."

When asked how this made her feel, she said, "I felt like jumping out of the car and hugging this guy. I felt like singing and running, or skipping and laughing...I felt like saying nice things about people...and, though I'd never seen this guy as more than a friend, I felt a hint of romantic feeling for him at this moment."

In other words, witnessing this good deed fostered love, admiration, and a desire for a closer affiliation with the doer of the good deed.

A student of Dr. Haidt's who continued his research in Japan asked one woman, "Have you ever had positive feelings due to something others did?"

"Yes, I have," she answered. "For example, when there is a natural disaster in another country, those who actually go there and help people as volunteers. Also those who do things such as collecting money and food and clothes for those who are suffering from disaster...I wonder if there is anything I can do with my own strength. For example, donating money, giving clothes, and I have done that before myself. I think how I could join those people."

When asked if this provoked any physical feeling, she responded, "When I see news of a disaster, I feel pain in my chest, and tears actually come out when reading the newspaper. Then after that, seeing volunteers and finding out that there are helping people out there, the pain goes away, the heart brightens up, and I feel glad, relieved, admiration, and respect. When I see volunteers, the heart heavy from sad news becomes lighter."

In the small village of Orissa, India, Dr. Haidt found the same emotions described. One 36-year-old principal of an elementary school told of the time a teacher was wrongly accused of stealing textbooks, since they had disappeared under his care. Although everyone knew him to be an honest man, one man took a stand, purchased replacement textbooks, and went to the superintendent to plead the man's case. The principal, who had witnessed this testimony, said it produced, "a kind of tingling sensation. I mean, another person is doing something for someone, and I wish I could do that. He is doing a good thing, and I feel like this: If I had done this, how much more joy I would have felt!"

The emotion of elevation is different from simple happiness. In a series of studies, participants spent 10 minutes viewing videos: One group saw video about the life and work of Mother Teresa, a second saw a fact-filled "neutral" documentary, and the third saw a comic segment from "America's Funniest Home Videos." Not surprisingly, those who saw the neutral documentary remained emotionally neutral. Those who saw the Mother Teresa documentary reported symptoms of "elevation," while those who saw the comedy clip encountered "happiness." Reports Haidt, "In these studies, happiness energized people to engage in private or self-interested pursuits, while elevation seemed to open people up and turn their attention outwards, towards other people." In other words, the happy group was concerned with maintaining their own happiness, while the elevated group was interested in reaching out and helping others--in fact, a significant number of them volunteered at charity organizations.

What does this mean to everyday life?

Well, for one thing, Oprah Winfrey is right. If you seek out stories of inspiring, heroic people, you will be more likely to act that way yourself. (Dr. Haidt has found the flipside to be true, in his research in disgusting behavior!)

Haidt points out that while psychologists have spent the last 30 years studying altruism--acts of selflessness for which no reward is expected--virtually no one has been studying the impact those acts have on others. "We cannot have a full understanding of human morality until we can explain why and how human beings are so powerfully affected by the sight of a stranger helping another stranger.

"Elevation is particularly interesting because of its power to spread, thereby potentially improving entire communities. If elevation increases the likelihood that a witness to good deeds will soon become a doer of good deeds, then elevation sets up the possibility of an 'upward spiral,' raising the level of compassion, love, and harmony in an entire society. Efforts to promote and publicize altruism may therefore have widespread and cost-effective results."
Now, aren't you glad you read this?