Where Did Jesus Go During His Final Week?

What did Jesus do in His final week on Earth? Where did He go? What led to those final hours? 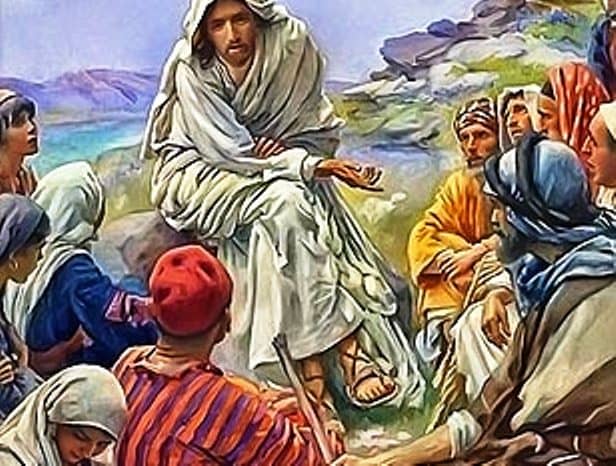 On the week before Jesus allowed Himself to be crucified for you and me, what did He do? Where did He go? Let’s tag along and relive His final week before Good Friday and Resurrection Sunday. 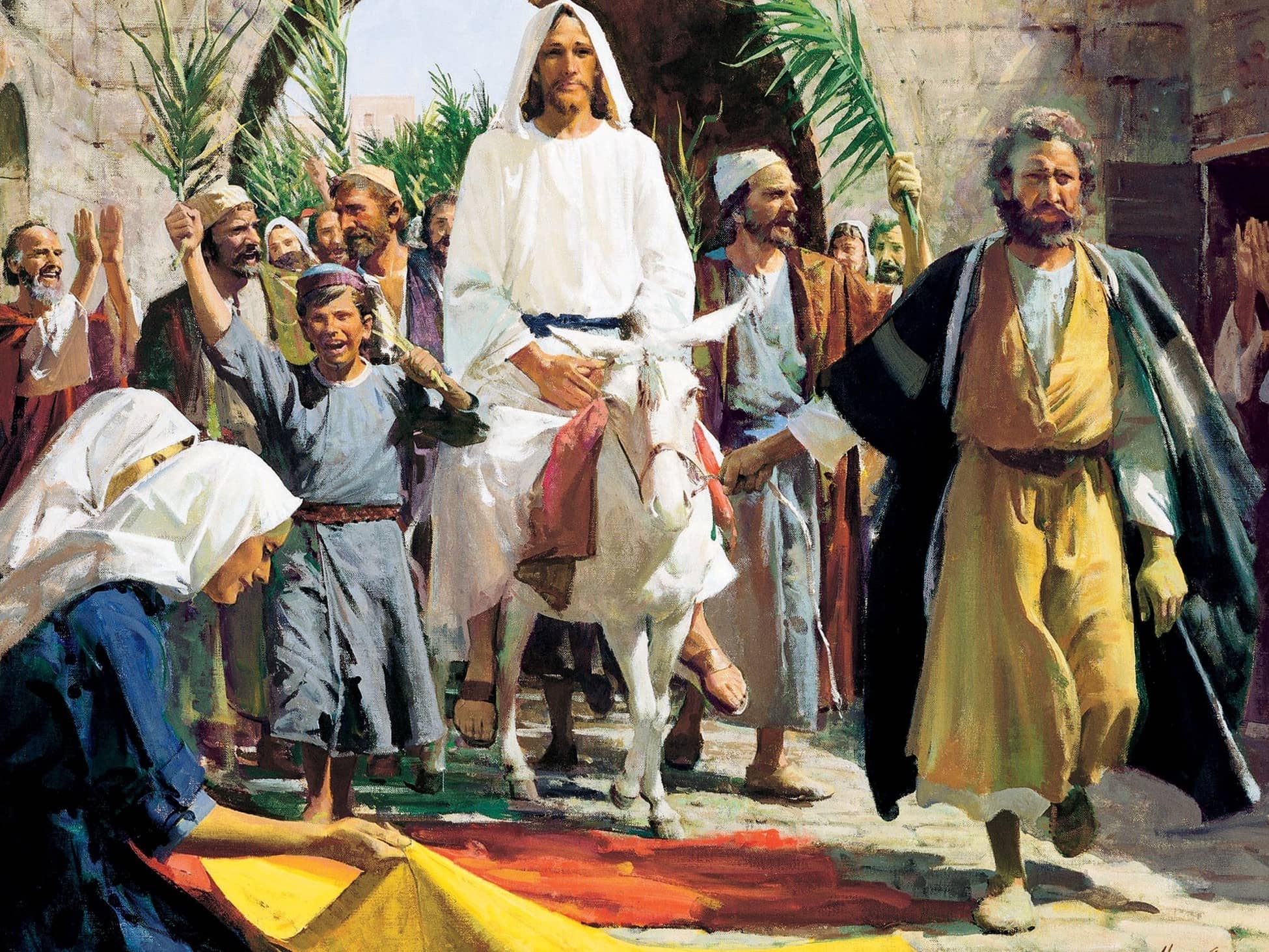 On a Sunday morning more than 2,000 years ago, the people of Jerusalem were excited. Their biggest annual holiday was less than a week away, Passover – celebrating when God rescued them from slavery in Egypt. Every year, it was a big festival. This year, it was especially exciting because the people of Jerusalem heard that Jesus was coming! He had been out in the country preaching, teaching, healing people and doing all kinds of miracles. He was so popular that the people had decided He was the new King of Israel! 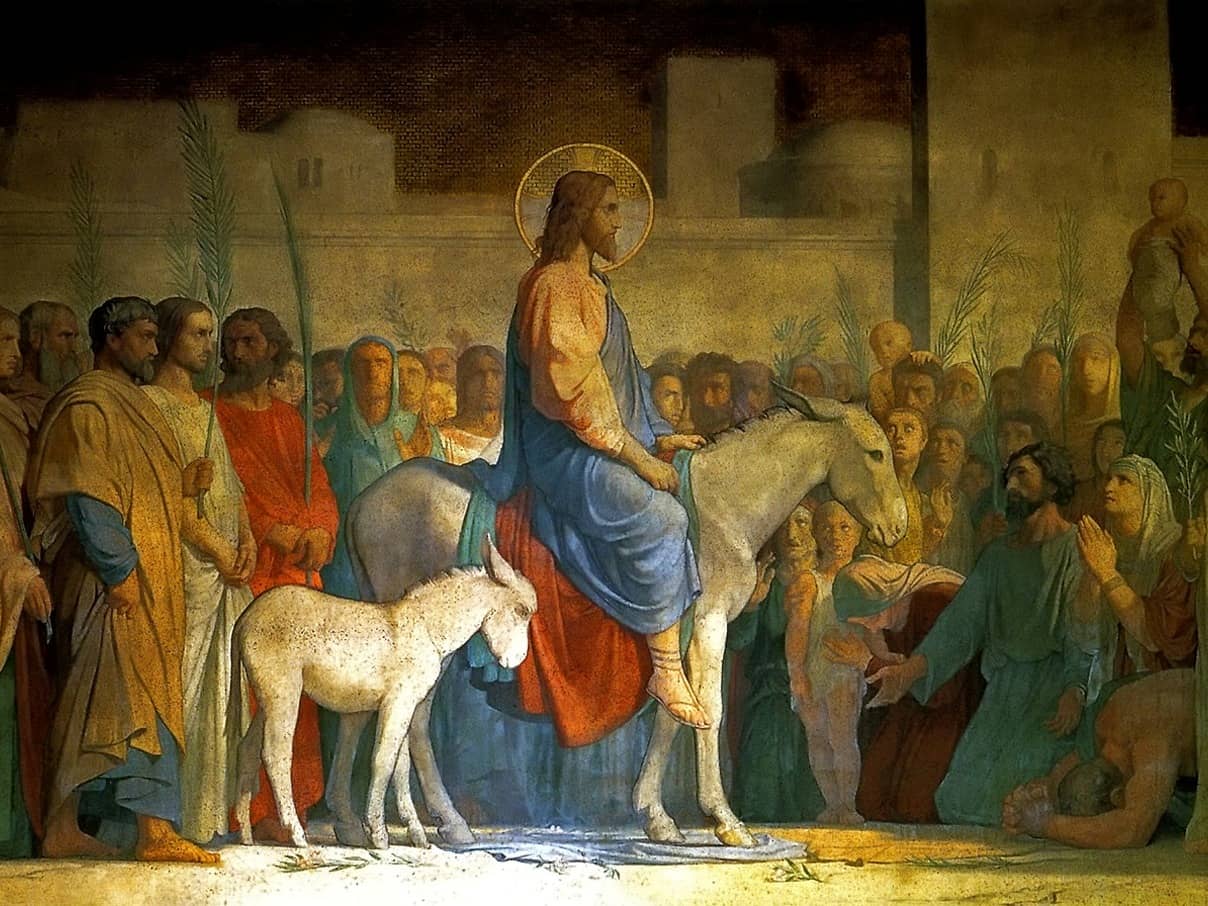 Jesus sent his disciples to borrow a donkey so He could ride into Jerusalem instead of walk. He wasn't being lazy, He was just doing what prophets in the Old Testament foretold. So, the disciples borrowed a donkey and put their coats on its back as a saddle for Jesus. 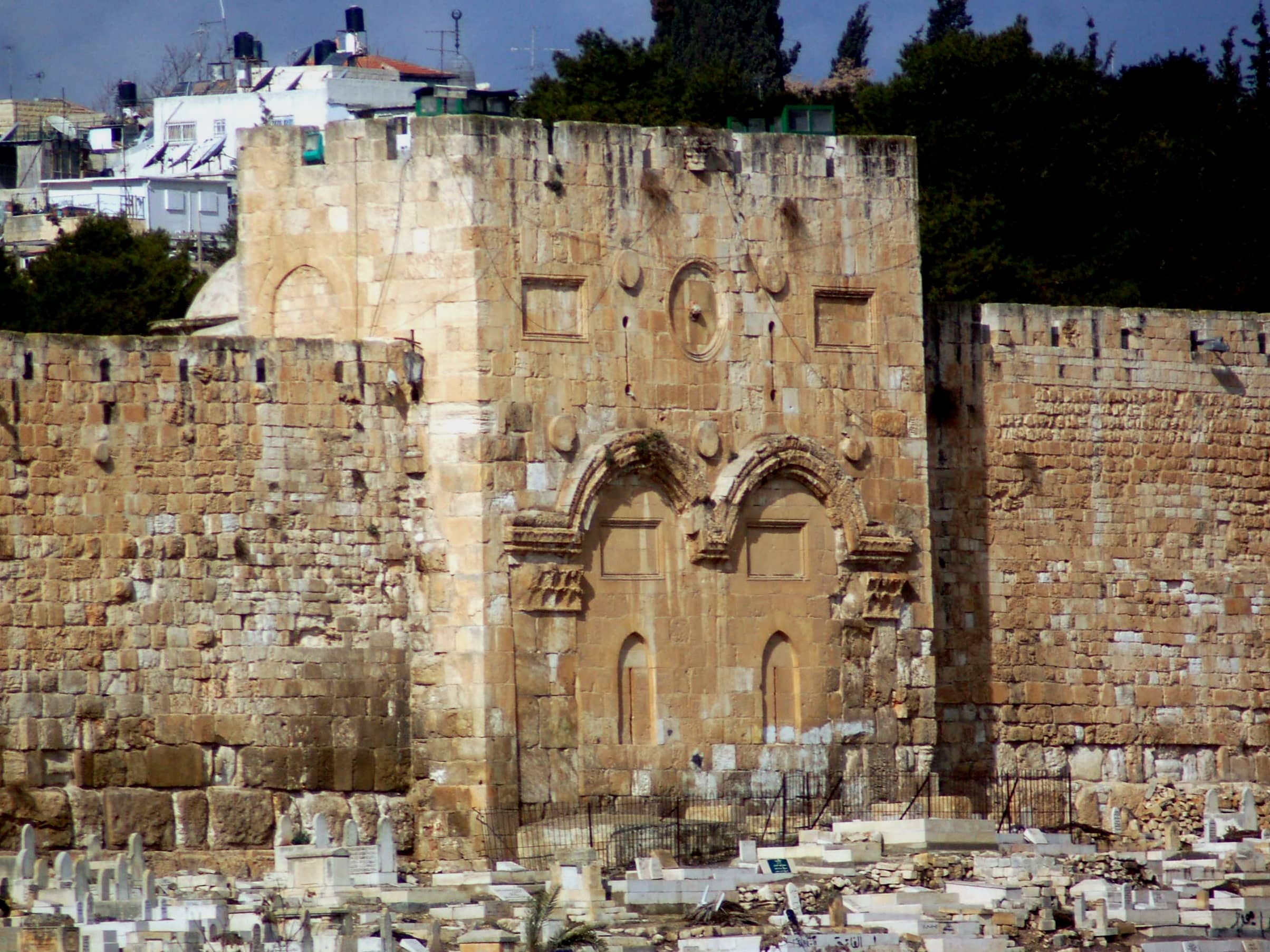 Is this the gate through which He entered Jerusalem? About a thousand years ago, an occupying army’s leader heard that Jerusalem’s residents believed the Messiah would return to save Jerusalem through this gate. So, he walled it up to keep Him out! And it’s still sealed. 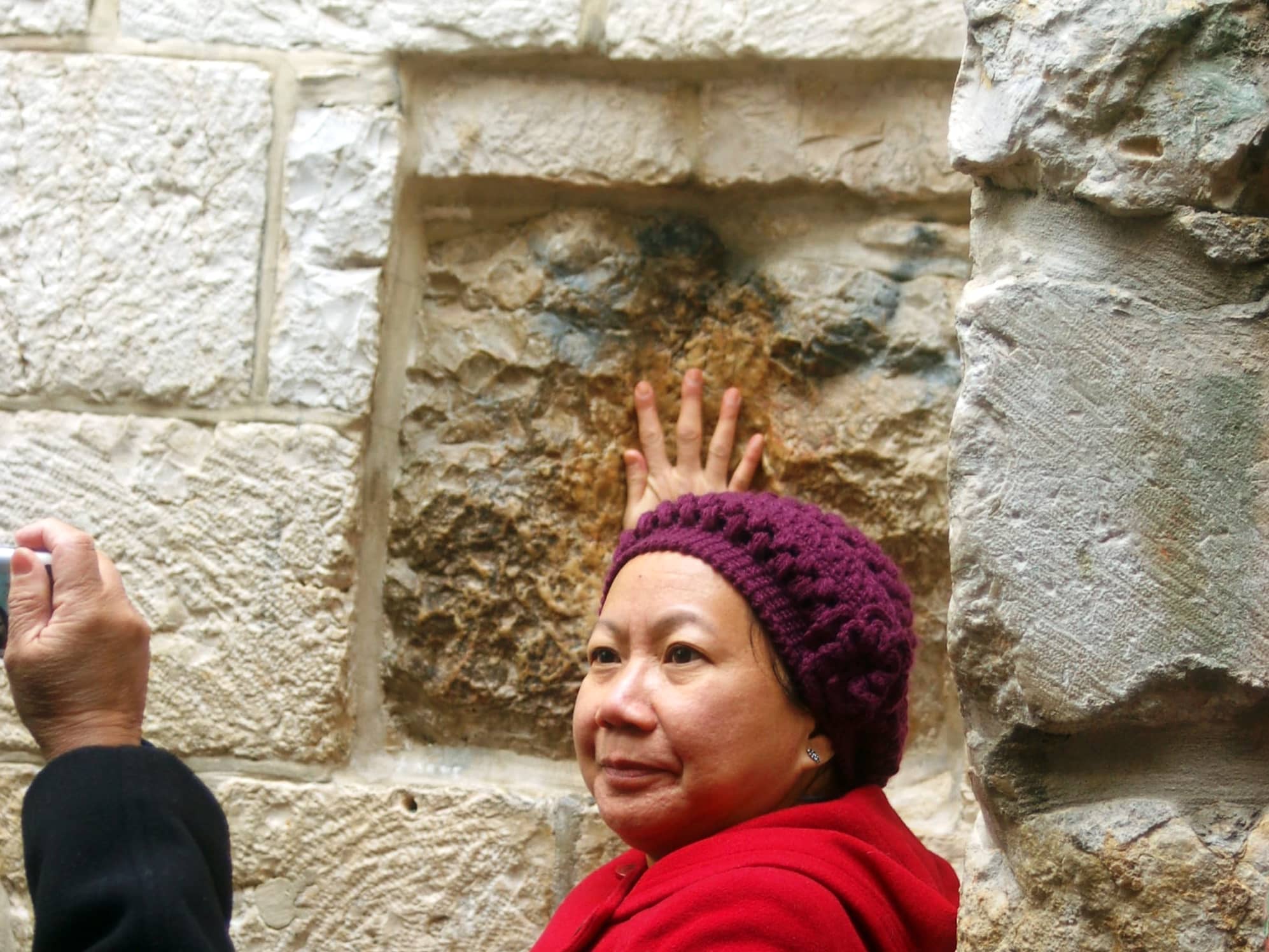 Did He touch this ancient wall? Tradition says that He did. Here a tourist places her hand where some believe He rested His hand. 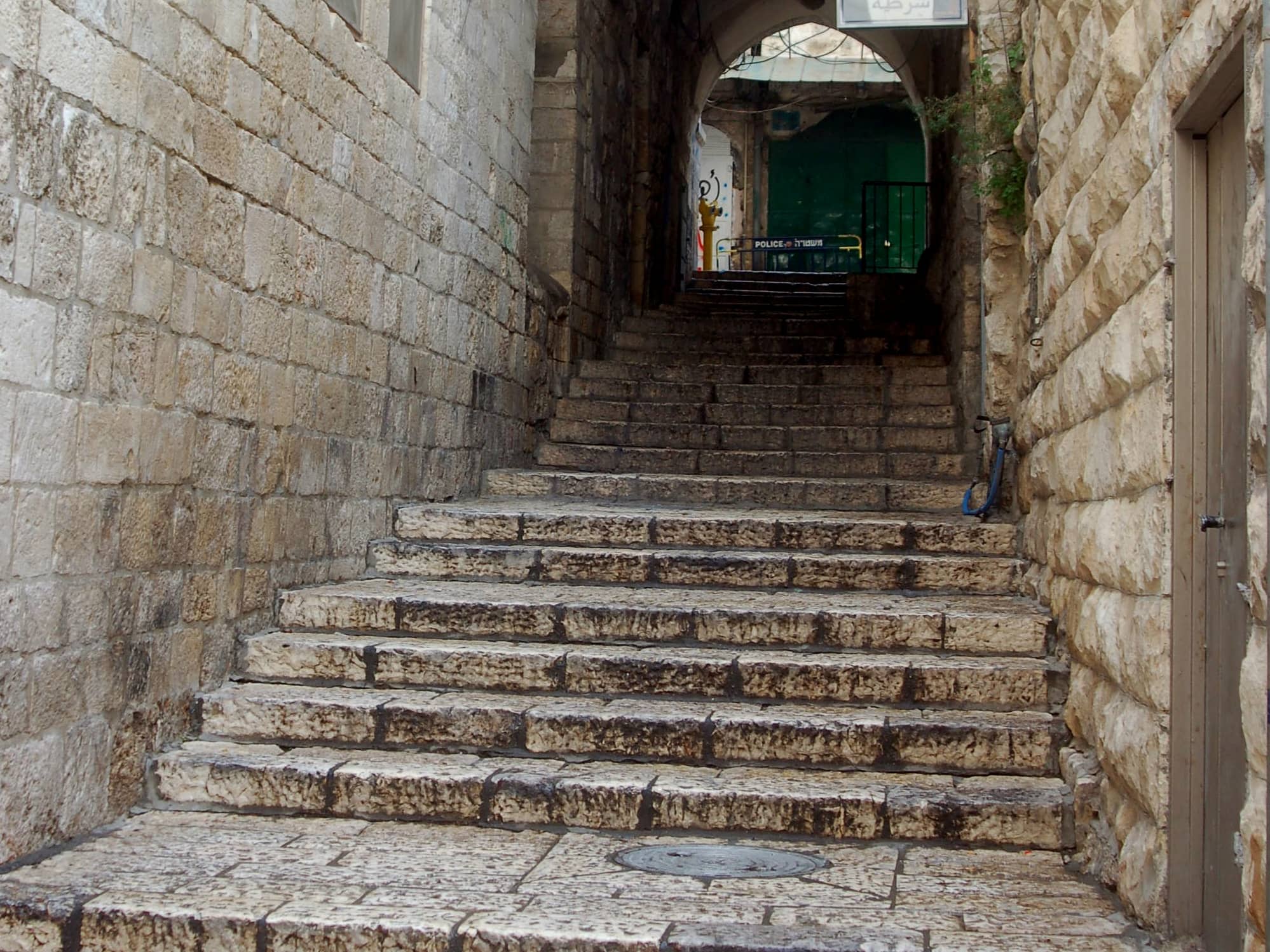 Did He walk up these ancient steps that today lead from Jerusalem’s Via Dolorosa to the Western Wall of the Temple? 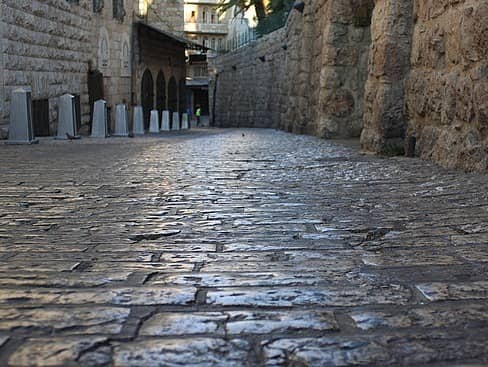 Large crowds lined the road to Jerusalem waiting for Jesus to arrive. They didn't think that a donkey being ridden by the King should have to walk on the ground, so they started putting their coats and palm branches on the road so the donkey wouldn't get his feet dusty! That's how much they loved and adored Jesus! That's where we get the term "Palm Sunday." On that Sunday, Jesus entered Jerusalem in what today we call His “Triumphal Entry.” Here is the street He may have traveled – a main thoroughfare today near the Temple Mount and the Church of the Holy Sepulcher. 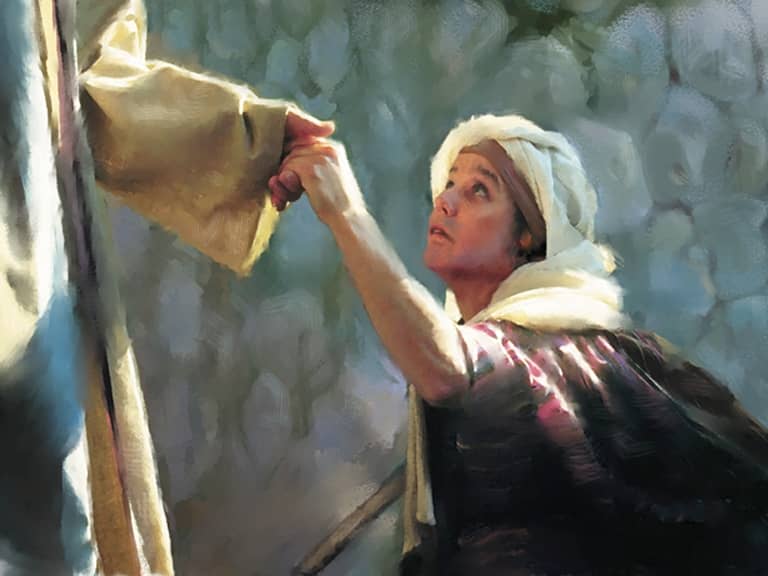 Repeatedly, He did just that – miraculously healing the lame, giving sight to the blind. 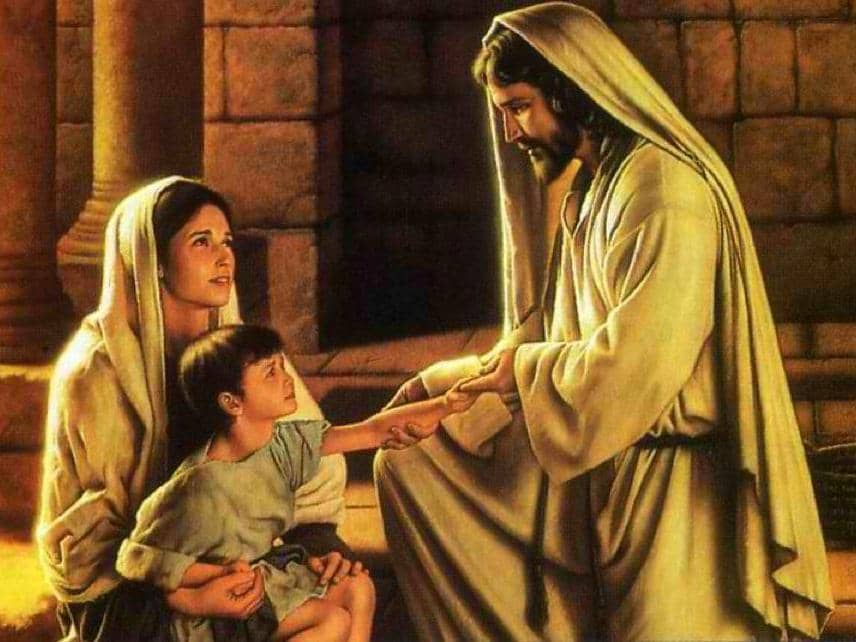 The crowd was excited and calling things out like "Hosanna to the son of David!" They were giving Him the royal treatment, shouting praises, trying to shake His hand, trying to get His attention – hoping He would perform a miracle. 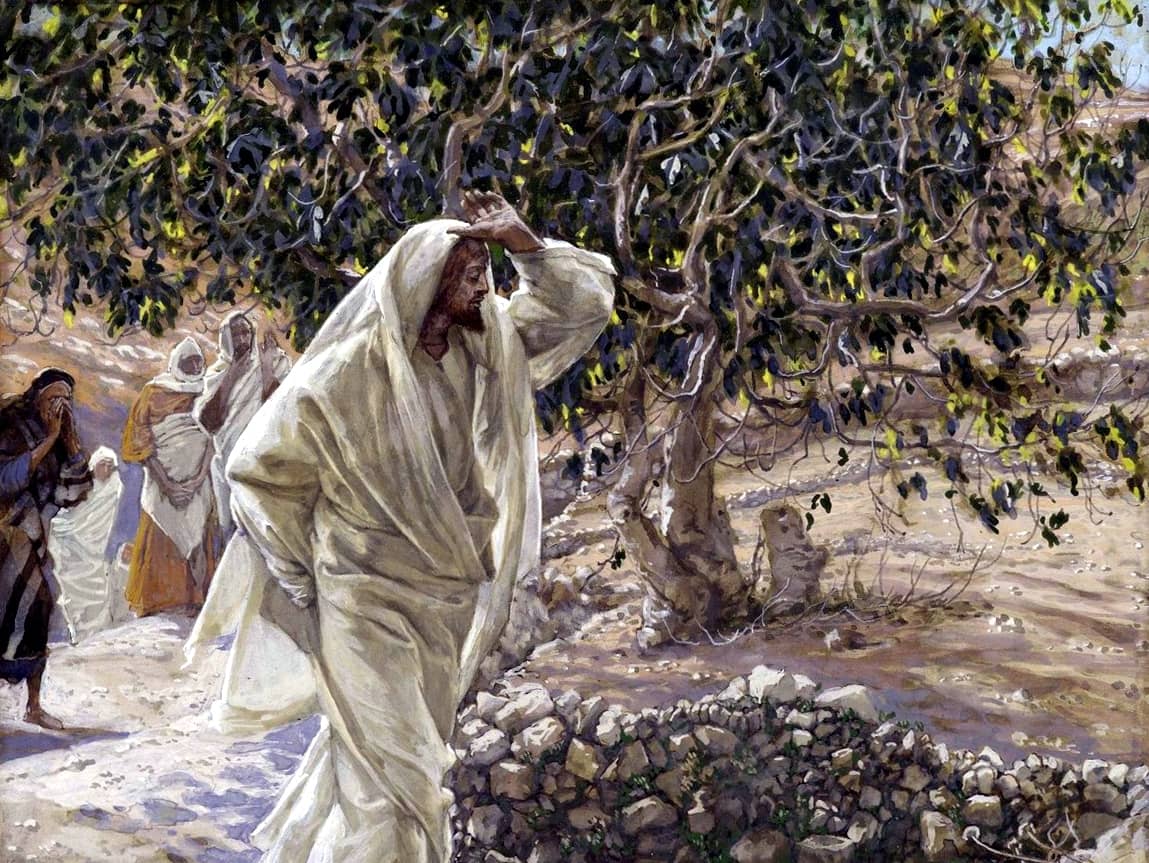 Monday morning, Jesus began walking with His disciples to the Temple. It was early in the morning and they were hungry. Jesus saw a fig tree and walked over to it to pick a few figs – which are quite delicious. When He got to the tree, He saw that it didn't have any fruit on it. Jesus just spoke to the tree and told it that it would never have fruit again – and it withered up and died! The disciples were amazed. They had seen him bring dead people to life, but not kill anything. When they asked Him how He did it, He told them that it was just a little faith. He said that if we believe and ask God for something, we will receive it. If we have enough faith, He said, we can tell a mountain to jump in the sea and it would do just that! 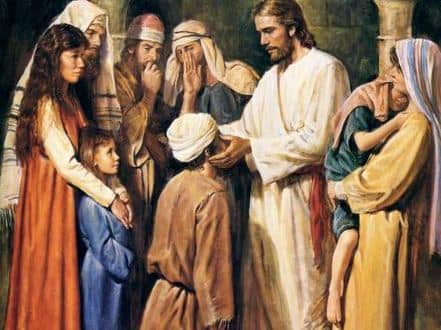 Small children began shouting praises to God. The officials told Jesus to make the kids shut up. But He didn't. He said, "Yes, have you never read, 'From the lips of children and infants God has caused His praises to be proclaimed'?" That really made them angry. So, what did they do next? To find out, click on the next slide!

The blind began to see 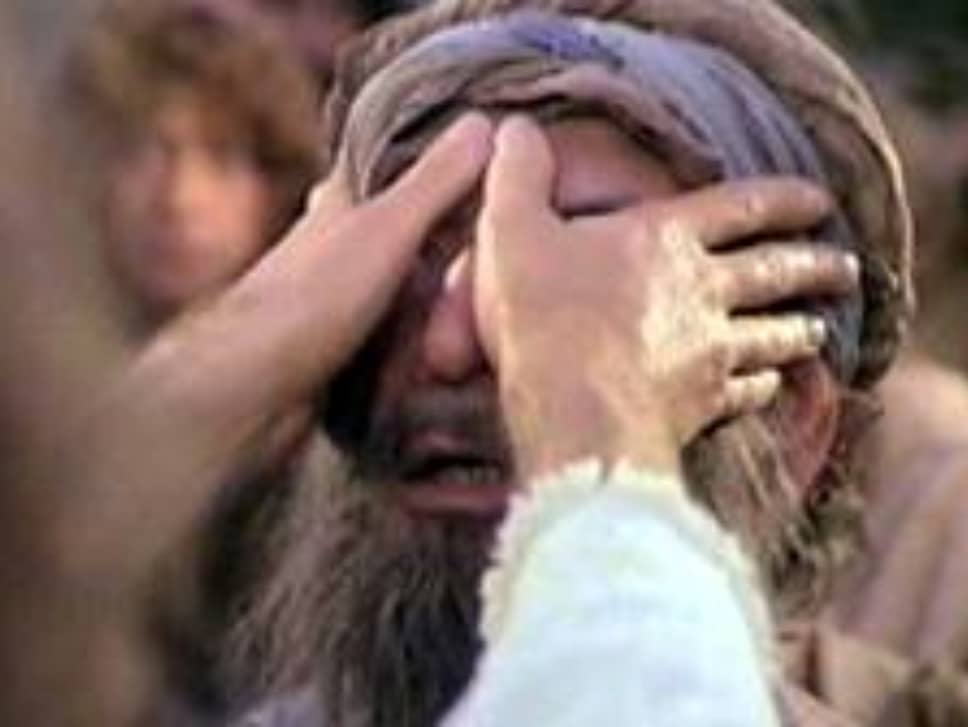 The blind began to see

Jesus stayed in the Temple and made the officials even angrier when he started healing people. He put His hand on the blind and they began to see. Cripples began not only to walk but to run and dance and shout praises to God. This made the Temple officials look bad, because they couldn’t do anything like that. 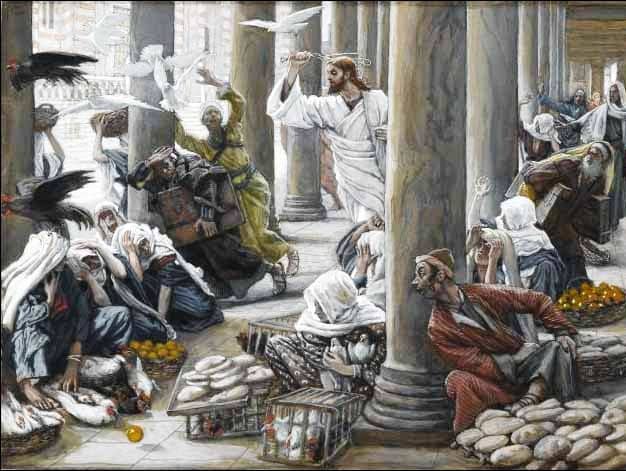 Jesus arrived at the Temple. There, instead of finding people praying and praising God, He found crooks cheating worshipers out of their money. There was a corrupt law that only “Temple Money” could be used on the Temple Mount. “Money-changers” then charged high fees to convert regular money into Temple Money. These crooks were taking advantage of humble people who just wanted to worship Almighty God! The crooks were making a huge profit at the expense of worshipers. Jesus became angry, declaring they’d turned God’s house of prayer into a den of thieves. He knocked over their tables and kicked them out! This made Temple officials furious. You see, the chief priests all got kickbacks and bribes from the moneychangers and other dishonest merchants. So, Jesus cost them a lot of money.

Artwork: The Moneychangers Chased From the Temple by James Tissot 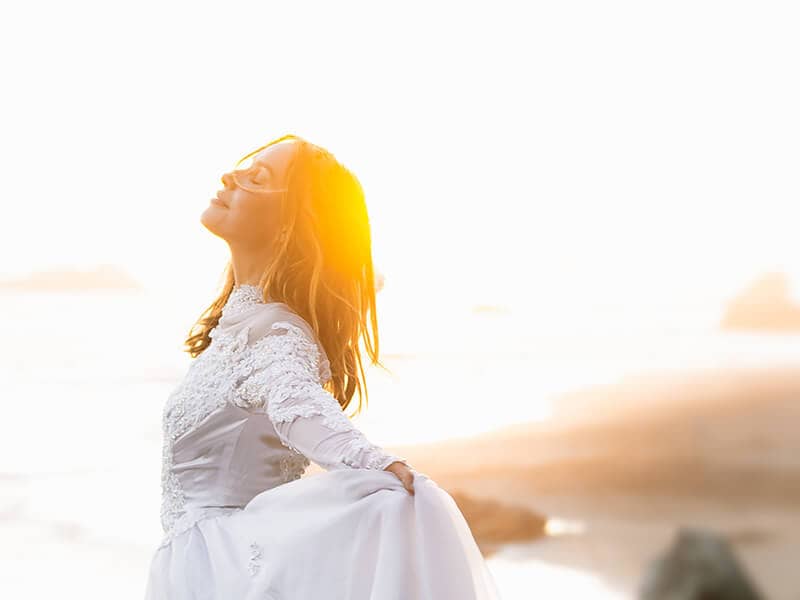 21 Life Lessons From the Book of Proverbs

For more than 3,000 years, mankind has looked to the wisest man who ever lived, Israel’s King Solomon, and his life-changing words of wisdom but what's in it for you? Read next feature >

More from beliefnet and our partners
Add some inspiration to your inbox
Sign up for Beliefnet's Salt and Light newsletter.
From time to time you will also receive Special Offers from our partners
Beliefnet Editor