An excerpt from the new book. 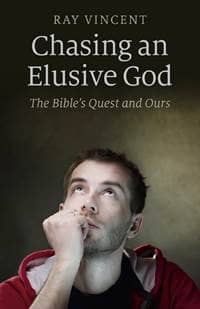 All this assumes that the point of the Bible, the only reason why we should read it at all, is its authority. But why should this necessarily be so? We do not make that assumption about all books. Of course we expect school text books to be factually reliable. We recognize that the constitution of a state is binding on its government and citizens, and that a game can be very confusing and frustrating if all the players do not respect the authority of the rule book. But this represents only a small fraction of the literature in existence: we do not have the same expectation of everything we read.

Many of the people who contributed to the Bible did in fact claim to be speaking with authority. Some of them were legislators. Some were priests and teachers. Some were prophets declaring with absolute conviction the message they believed God had revealed to them. They often prefaced their words with “Thus says the LORD...“. Most of the Bible writers talk of God as someone of whose existence and nature they are quite sure. But this is only one side of the Bible’s nature. Even those who claim to be speaking with authority often contradict one another. The “true“ prophets and the “false“ prophets stood in opposition to each other, and only time could reveal who was right. Jesus spoke “as one having authority“ (Matt 7:28), but so in a sense did his opponents who saw themselves as the authoritative interpreters of the divine Law.

It is my hope that this book will help readers to see the Bible not as the kind of “authority“ that puts the damper on any new, adventurous thinking, but as part of the ongoing human search for truth, for understanding, and for God.

Ray Vincent is a retired Baptist minister and is an Associate Chaplain at the University of Glamorgan. He blogs at Let the Bible Be Itself.