5 Things You May Not Know About Jesus and the Bible

If you enjoyed author Frank Viola’s article “7 Things You May Not Know About Jesus,” then you’ll love this somewhat scholarly sequel!

Here are five truths you probably don’t know about Jesus and the Bible!

2. The New Testament authors used the same Old Testament texts independently of one another. “But that’s not all,” writes Viola in his book Jesus: A Theography from Thomas Nelson Publishers. “They interpreted them in exactly the same way, often citing the texts in the same order. This fact alone demonstrates that the Second Testament authors shared a common method of interpreting the First Testament. The questions emerge, then: Where did they find this method of interpretation? What was their common source? The answer is that Jesus Himself was the common source. The Gospels tell us that Jesus took His followers through the Scriptures and gave them a divinely inspired method of interpretation by which to understand the First Testament. In turn, the Lord’s original disciples passed this interpretative key to those whom they influenced (this would include people such as Mark, Paul, and Luke). Luke suggested this in his gospel when he rehearsed Jesus’ encounter with two disciples on the road to Emmaus: “Then beginning with Moses and with all the prophets, He explained to them the things concerning Himself in all the Scriptures.”

Note the words “all the Scriptures.” This includes the First Testament—Genesis through Malachi. They said to one another, “Were not our hearts burning within us while He was speaking to us on the road, while He was explaining the Scriptures to us?”

3. Jesus taught from the Old Testament. Viola and Sweet continue: Luke went on to say that Jesus opened the Scriptures to His disciples: “Now He said to them, ‘These are My words which I spoke to you while I was still with you, that all things which are written about Me in the Law of Moses and the Prophets and the Psalms must be fulfilled.’ Then He opened their minds to understand the Scriptures.” In this passage, Jesus unveils Himself through the three parts of the Hebrew Bible: (1) the law of Moses (the Torah); (2) the Prophets (the Nevi’im); and (3) the Psalms, which represent the Writings (the Ketuvim). These three sections make up the Tanakh – a the rabbinic name for the Hebrew Bible. The way the Second Testament authors quoted the First Testament forms a pattern – a shared hermeneutic for understanding the First Testament. It is easy to see, then, that the source of this common hermeneutic was Jesus Himself. Jesus taught His disciples how to understand the Hebrew Scriptures, and this is reflected throughout the Second Testament.

4. Jesus’ use of the Old Testament text was revolutionary for His time. Viola and Sweet continue: As R. T. France points out, Jesus “applied the Old Testament in a way that was quite unparalleled. The essence of his new application was that he saw the fulfillment of the predictions and foreshadowings of the Old Testament in himself and his work.” The early Christian church “was founded on this distinctive and revolutionary use of the Old Testament”—a usage that was handed down to the apostles by Jesus Himself. Jesus clearly said that He was the fulfillment of the entire Hebrew Bible (represented by the Torah, the Writings, and the Prophets): “If you believed Moses, you would believe Me; for he wrote about Me. Do not think that I came to destroy the Law or the Prophets. I did not come to destroy but to fulfill.”

Consider this question with these texts in mind: If you were to ask Jesus what the Scriptures were about, what would His answer be? R. T. France comments, “Jesus saw his mission as the fulfillment of the Old Testament Scriptures; not just of those which predicted a coming redeemer, but of the whole sweep of Old Testament ideas.”

5. Jesus not only completes the Old Testament story; He fulfills it. “But fulfilling doesn’t happen only in view of the accomplishment of its promises,” writes Viola and Sweet in Jesus: A Theography. “As you will discover in this book, Jesus actually embodies the First Testament. He ‘fills full’ the ancient text. In a word, Jesus is the thread that holds all Scripture together. He is the prism that breaks forth its multifaceted colors. He is the lens that puts all of it into focus, the switch that sheds light on its dimly lit quarters, and the key that unlocks its meaning and richness.

“In our experience and observation,” writes Viola and Sweet, “countless evangelical, post-evangelical, Reformed, charismatic, and mainline Christians are not aware that the main subject of the entire First Testament (that is, the Old Testament) is Jesus Christ.  We agree with a long tradition of theologians who do not view the Scriptures as a storehouse of propositions on every imaginable subject but instead discover the place from which the Spirit of God makes Christ known. Or as Protestant Reformer Martin Luther has put in epigrammatic fashion: ‘Scripture is the cradle in which Christ lies.’” 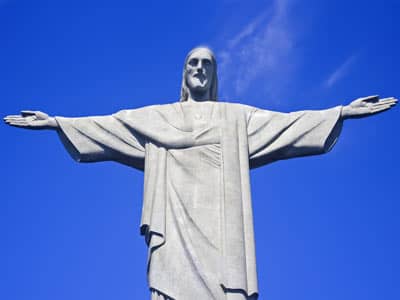 10 Medicines Used During Jesus' Times
Here are 10 medicines that were used in Jesus' time. Read next feature >