Is Spirituality Enough Without Religion?

Author Lillian Daniel talks about her new book and what inspired her to write about spirituality and religion. 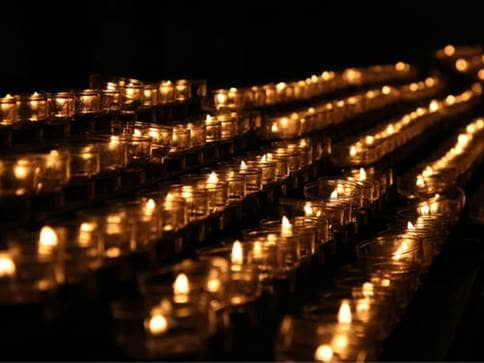 Everyone, at some point in their lives, seeks out God. The great thing about God is that he can be found anywhere because he’s a part of us. So we can find God in meadow, in a car, during a sunny day, a cloudy day – he’s always amongst us. But those instances are based around spirituality and not religion itself. Is spirituality enough or do we need the reinforcement of religion as a backing of everything we find spiritual? That is the question Lillian Daniel addresses in her book When “Spiritual but Not Religious” Is Not Enough.

What inspired you to write the book?

In some ways, I wrote this book to paint a different picture of the church, one that is open, inclusive, intellectual and fun. So church people who go to churches like that love this book. They recognize themselves in its pages.

But of course, I hope that the intelligent, inquisitive, seeking SBNR people might read it and realize that their perceptions of church are outdated. They may not like everything I am saying, but I hope they will be challenged enough to explore.

I’m also writing for people who have been wounded by the church but aren’t aware there are other options.

Do you think people are more religious/spiritual than they have been in the past 5 – 10 years? Do you think that the recent violent tragedies have any influence over the reason people have chosen to become more religious or spiritual?

Violent tragedies can bring people to the church or a faith community. I had so many people talk about how glad they were to have a church to come to after the Newtown shootings. I had to rewrite my entire sermon to address it, and they knew I would. They didn’t expect platitudes, but depth., and community, and a way to express love and compassion.

Unfortunately, various blow hards in the church put all sort of ridiculous simplistic theories out there about why it happened, answers that blamed one group or another, or claimed to know the will of God. These people do not represent the average community of faith, but they get the air time. So someone without a community of faith hears the former head of Focus on the Family say something awful, and their worst fears are confirmed.

I wrote this book to put a different vision of the church out there, one that is reasonable, rigorous and real.

What does religion, Christianity specifically, offer that spirituality doesn’t?

When I say that SBNR is not enough, I mean it’s not enough for me. And for other people who’ve been there and then it a bump in the road and realized they didn’t have the spiritual depth to contend.

For me, it’s too easy. It’s self indulgent. Nothing unique in it, it merely reflects our culture of narcissism and individualism. For others, it’s quite enough. At least for a while.

To me, the church matters but it’s not a fire extinguisher for the fires of hell, if that’s what you’re wondering. I don’t think you need the church to avoid burning in hell. That’s not my concern. I think God’s in charge of eternity and God probably has it worked out. It’s not a fear-based thing.

I do believe there is value in landing somewhere and going deeply, and allowing yourself to be shaped by a tradition that is bigger than you are. I think the danger of creating your own spirituality is that you simply create a God in your own image. That works when your life is going well, but when things fall apart that is not really much of a foundation.

Do you believe a person can be religious without the church? Why or why not?

People mean a lot of different things by SBNR, so let me clarify what I mean by SBNR: Somebody who feels connected to the divine in some way but does not practice or worship with any community.

But in general, when other people say they’re SBNR, I think what they mean is, “I don’t worship anywhere, and I’m kind of proud of that because it implies that I’m a freethinker. I’m not spoon-fed dogma and I don’t look down upon other people who are different from me. Except, of course, people of faith who actually try to practice it in community.”

What is your biggest “pet-peeve” when it comes to people and the church?

Any idiot can find God alone in the sunset. It takes a certain maturity to find God in the person sitting next to you who not only voted for the wrong political party but has a baby who is crying while you’re trying to listen to the sermon.

Community is where the religious rubber meets the road. People challenge us, ask hard questions, disagree, need things from us, require our forgiveness. It’s where we get to practice all the things we preach.

I think a lot of the people who can’t tolerate organized religion, really are frustrated by other people. They think, “if they could just kick all of the flawed human beings out of the church, we could really do this Jesus thing. Better to do my spiritual life solo, where I don’t have to be disturbed by the amateurs.”

But that’s arrogant. Churches are just groups of people, schools for sinners, not a club of saints. But we acknowledge that we need each other.

We weren’t meant to read these sacred texts alone. From the beginning people read them out loud in groups, early on in the first centuries of the church, in people’s living rooms, where presumably they talked about them afterwards, debated them, argued about what difference they made, probably over a glass of wine and a good meal.

What would you like your readers to take away after reading your book?

There are so many stereotypes out there and the worst examples always make the news. But most religious people are not fundamentalists. Their theology and practices are nuanced.

In my own leadership, I strive for a religious life that is reasonable, rigorous and real. Reasonable in that you are not expected to leave your brain out on the sidewalk when you come into church.

Rigorous in that it actually requires something of you, like contributing time, talent and even treasure to the mission, and even harder, involved worshipping something other than yourself. And real, in that it acknowleges that we are human beings, with sexualities, mental illnesses, financial worries, family problems, all that should be acknowledged in the life of faith.