What we atheists want is for people of faith to say “It’s possible” rather than “It is so.” We want them to say “I believe,” not “I know.” 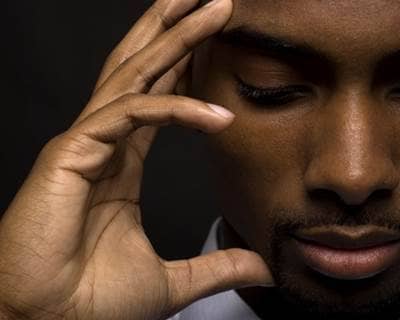 All atheists share at least one thing in common: absence of belief in an unseen realm populated by deities, spirits, or deceased ancestors. Here in the West, of course, missing is belief in a very specific deity – the god of the three great Abrahamic religions. Beyond this shared absence, however, we differ enormously. We are Democrats and Republicans, humanists and hedonists, environmentalists and avid hunters. And yes, there are those among us who feel compelled to make the case for a materialist view of reality to everyone we meet, but there are at least as many others who are content to live and let live.

I happen to be of the latter temperament. I am not yet convinced that atheism itself delivers good news of the caliber warranting an organized campaign of conversion. I simply find the suggestion that a benevolent deity presides over the cosmos implausible and have no interest in what he generally has to offer – remission of sins and life everlasting. Furthermore, I have many religious friends, and I really like them just as they are. To ask them to surrender their religious convictions is to ask them to change something fundamental about their very selves – and that, I think, would be a great loss, especially if it should also mean a diminution of their kindness, equanimity, or zest for life.

Nevertheless, I would suggest that atheists of all temperaments minimally would like two small concessions from their religious friends and acquaintances. The first is that they hold and proclaim their convictions with a measure of humility appropriate to any belief-system about an unseen order for which easily verifiable evidence simply is not available. The second is that they acknowledge our understanding of the world not as inherently flawed or deficient but as rooted in a sincere and conscientious attempt to come to terms with reality.

Because religious beliefs about an unseen sacred realm are not verifiable in the same way that ordinary perceptual beliefs are, it would seem that they ought not to be shouted from the rooftops. There are certain beliefs we are justified holding with confidence – say, that many of our glaciers are diminishing in size, or that in our nation’s capitol there is a very large statue of Abrahamic Lincoln sitting in a chair. Both beliefs can be confirmed easily by anyone whose perceptual faculties are working correctly. We are also justified confidently holding certain theories – say, the theory of evolution – for which our perceptual faculties have furnished mounds of very good data.

Religious beliefs, however, are based on the supposition of unseen places and agents whose existence is neither self-evident nor easily confirmed. They are of a different order altogether. The Abrahamic traditions in particular ask their adherents to trust that a supernatural being disclosed important information long ago to a handful of select individuals (mostly men), who then faithfully transmitted what they heard to their peers. Adherents are also asked to assume that the message was preserved reasonably well over many generations in the absence of technologies that might have given us more confidence in their accuracy.

Unfortunately, there is no way to confirm whether Muhammad really was communicating with an archangel named Gabriel or whether the prophet Amos had a direct line to the Jewish god Yahweh. Likewise, there is no way to confirm whether Jesus of Nazareth was raised from the dead and later spoke with his followers. We are asked simply to trust these men and those who knew them well.

Even for those who knew these men personally, verifying their claims would have proven impossible. Why? In part because religious experience is a private matter, inaccessible even to one’s most intimate companions. For the Abrahamic traditions, the entire edifice is staked on a series of private religious communications, which leaves adherents no choice but to “have faith.” Empirical verification is simply out of the question. And when empirical verification isn’t feasible, it would seem that some degree of humility is in order. After all, it’s not as if a Christian is asking us to believe that there’s an oak tree in the front yard or that Earth revolves around the sun. She’s asking us to believe that the death of a Jewish peasant around the year 30 C.E. somehow atones for everyone’s misdeeds and that this same man’s decomposing body was revivified by an immaterial – and therefore invisible – entity. If we assume the time-honored epistemic principle that belief should be apportioned to the evidence, then confidence in these matters isn’t warranted. What we atheists want is for people of faith to say “It’s possible” rather than “It is so.” We want them to say “I believe,” not “I know.”

In addition to having people of faith hold their convictions about an unseen order with a measure of humility, we also would like our understanding of the world to be viewed as the product of a sincere and earnest attempt to come to terms with reality. Too often, atheists’ worldviews are seen as having their basis not in a quest for truth but in, say, negative childhood experiences with religion or a dogmatic commitment to scientific materialism.

Recently, a few Christian philosophers have endorsed the view that believers have every right to treat their basic intuitions about a sacred order in the same way that all of us treat ordinary perceptual beliefs: they may be trusted in the absence of disconfirming evidence. So, just as I’m permitted to trust that the image of a tree formed by my visual cortex reliably indicates that a tree really does stand in front of me, Christians are entitled to trust that the feeling of God’s presence reliably indicates that God really is present. In other words, these philosophers argue that Christians are justified in applying the generous epistemic principle we routinely apply to perceptual beliefs – “If it seems so, it is reasonable to assume that it is so” – to beliefs about a transcendent order.

Even though such epistemic generosity is not without its difficulties, let’s grant for a moment that these philosophers are correct. It would then only seem fair that the same latitude be granted to atheists, whose experience and reasoning have persuaded them that a loving deity does not preside over the universe. If Christians are entitled to trust their perception that God exists, then atheists are justified in trusting their perception that God does not exist (Michael Martin refers to this as the negative principle of credulity). Is there any reason why an atheist’s experience of reality – assuming, of course, that it is rooted in epistemic diligence and sincerity – should not count just as much as a Christian’s?

Of course, both experiences of reality can’t be correct. They are, in fact, fundamentally incompatible. To resolve the issue, some of these same philosophers then suggest that atheists either have “unredeemed” perceptual faculties that require divine rehabilitation or that they are willfully suppressing the truth. On what grounds can such claims be made other than pure prejudice? To me – to all atheists, I imagine – they represent the height of arrogance.

While some atheists admittedly will insist that any option other than a strict materialist view of reality is indefensible, I am proposing the far more modest claim that an atheist’s understanding of the world simply be acknowledged as the outcome of sound and sincere belief-forming practices. I’m perfectly willing to grant that believers see the universe as they do for very good reasons, but I expect the same courtesy to be extended to me – and to all atheists, for that matter. However, here in the U.S., it is the Christian’s worldview that is taken to be “self-evident” and the atheist’s that is “skewed” or “deficient,” perhaps due ultimately to unresolved anger over the premature death of a loved one, or to an unfortunate experience with fundamentalism as a child – to anything other than an honest effort to make sense of our world.

Many of my atheist friends will want more from believers, but I would be perfectly content with a little humility and respect – humility because religious models of reality are not empirically verifiable, and respect because we atheists also do our best to make sense of reality.

Our perceptual faculties are not damaged by sin, as some have suggested, nor are we willfully “suppressing the truth.” Like people of faith, we too believe what we do because the evidence we currently have (or don’t have) seems to support our convictions. In fact, because the huge majority of our beliefs arise involuntarily and just “seem so” to us, theists and atheists alike ought to show at least some empathy for those who don’t see the world just as they do. None of us has access to an Archimedean point beyond the self from which to objectively assess reality, and none of us subscribes to our models of reality simply because they are “rational.” Biography always play a role. If both camps were finally to give up on the notion of epistemic privilege, perhaps we shall be able to talk with one another again.

Jim Metzger received his Ph.D. in religion from Vanderbilt University and has taught at Vanderbilt Divinity School, Luther College, East Carolina University, and Pitt Community College. He has published in several journals of religion and literature and is the author of two books: Consumption and Wealth in Luke’s Travel Narrative (Brill, 2007) and Dim: A Novel (Aberdeen Bay, 2011).