In this excerpt from "The Happy Atheist", Myers explores the so-called "lonely" foundation of atheism and our relationship with the universe as human beings. 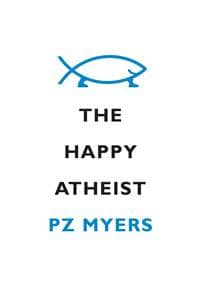 Scientists and atheists do something that many believers find repellent: we shatter their perception of their relationship to the universe. And understandably, they don’t like that.

Most religious people in the West have a specific model of how the world works that is based on our cultural history as the progeny of nomadic herders and that still resonates strongly with all of us—the father-child relationship, the patriarchy. We have a wise leader who guides us all, punishes us when we stray, offers largesse to those in his favor, and unites the whole tribe in common cause. Those Bronze Age sheepherders lived this way, and for them patriarchy made sense. It was a strategy for survival that worked well. But it shapes the way we see the world even now. Ask any Christian on any Sunday morning about flocks and sheep and shepherds, and he or she will understand the metaphor, despite never having been in contact with animals other than a household pet.

Patriarchy is also a powerful idea because it posits a set of very personal relationships. The father is remote because of his great responsibilities, but at the same time, we all want that pat on the shoulder, the encouraging word, the opportunity to serve and win distinction in Father’s eyes by virtue of our dutifulness. It’s a familial relationship, tightly knit and long-established, wherein we are respectful dependents and the leader of the tribe relies on our service.

Beyond the family and tribe, though, this vision has been extended to the entire universe. A great Patriarch in the Sky is our leader and guide, responsible for making the grand strategic decisions about where our tribe will go, and watchfully making sure that the tribe’s unity is not disrupted by wayward ideas from nonconformists. His central concern, which we all share, is that our people should thrive, and even if he is stern at times, it is because he cares so much that we succeed. And he knows each one of us personally, just as the leader of tribe or clan in pastoral days would have, and he can give us an approving stroke or a damning, angry smiting, depending on whether we help or hinder the work of getting the flocks to the summer pasturage.

Read your Bible. It’s saturated with this primitive herdsman mentality: God the father, the sheep and goats, the lost lambs and the Lamb of God, flocks and herds. It’s anthropologically fascinating and not necessarily an evil metaphor (unless you’re a woman—the patriarchy is deeply misogynistic). One of its most appealing aspects is that it makes one’s relationship with the universe close and personal, in a very simple kind of relatedness, that of father and child. It reduces all the complexity of deep time to the metaphor of a single generation, direct and immediate, and it colors everything about how we view our place in the world: domination and submission, leader and follower, wisdom and naïveté, master and servant, command and obedience. Biblical morality also tangles up our material relationship with the world in those paternal virtues of love and concern and discipline. Its patriarchal emphasis muddles ethical concerns, which fits with the portrait of the omnipotent God painted by the Bible.

I can sympathize. I loved and respected my father, and any attempt by an outsider to defame or complicate or diminish him would trigger a resentful response from me. Christians and Muslims and Jews have been told from their earliest years that God is their father, with all the attendant associations of that argument, and what are we atheists doing? Telling them that, no, he is not, and not only that, you don’t have a heavenly father at all—the imaginary guy you are worshipping is actually a hateful monster and an example of a bad and tyrannical father. And you aren’t even a very special child—you’re a mediocre product of a wasteful and entirely impersonal process.

By comparison, that whole business of breaking the news about Santa Claus is small potatoes. Reality is harsh, man.

You are you not because of some grand design but because of chance, contingency, and selection. Your genome is a mess of detritus with a tiny fraction of well-honed functionality, and your body is cobbled together from the framework of a tetrapod. You bear the scars of chance throughout, and you are mostly unaware of them because selection—that is, the death of millions—has patched them over. But they’re present to the eye that will look for them. You aren’t the best at much of anything: you’re weaker, slower, more fragile, and clumsier than the other species we compete with, and although you’ve got a bigger brain, the majority of Americans, at least, consider it a virtue to keep it ignorant and unused. Universally, we have difficulty thinking in the long term, while we are very good at exploiting our environment in the short term, which is leading to some interesting and possibly fatal consequences.

The legacy of good husbandry, we are not. Our cosmic father did not and does not exist, which is a good thing, because if he did, he’s the kind of lazy, destructive deadbeat we’d be ashamed of.

This is our new heresy. We have killed our heavenly father, demolished that cozy personal (but imaginary!) relationship with a great and caring being. We are alone, orphans in an indifferent universe. We atheists must be a cold and broken people, without hope, without love.

But of course, we’re not, and I think this change in our vision of our relationship to the universe is humankind’s great good hope. Primitive monotheistic religions have shackled us to a limited metaphor and model, the father and child, and erected an entire invisible heavenly mouthpiece to help us maintain that comfortable delusion—but it’s like relying on the Great and Powerful Oz to help us out of our problems, when Oz is only a sham and a show. We have to escape this narrow perspective.

Reality doesn’t just destroy the patriarchal model—it gives us new and better ways to visualize our relationship with the universe. Father-and-child is inadequate; we have to think in terms of populations and species interacting (not dominating), of being part of an environment. There is more to life than the father-child bond. I am the outcome of a trillion coalescing possibilities, with a vast population of brothers and sisters acting out our brief lives on a background of gas and stone, water and light, grasses and fishes, and my responsibilities are far greater than obedience to a father figure.

Breaking that illusion of a personal tie to one grand elder lord can briefly leave us feeling abandoned and alone and lost, and I can understand how some people find severing that imaginary relationship a horrible prospect.

But here’s the wonderful revelation. If you’re a well-adjusted person, once you’ve discarded the unhealthy fictitious relationship with a phantasm, you can look around and notice all those other people who are likewise alone, and you’ll realize that we’re all alone together. And that means you aren’t alone at all—you’re among friends. That’s the next step in human progress—getting away from the notion of minions living under a trail boss, and moving onward to working as a cooperative community, with no gods and no masters, only autonomous agents free to think and act.