What is All Saints’ Day and Why Do We Celebrate It?

This holiday has quite a bit to do with Halloween.

All Saints’ Day is the sort of holiday that many people have heard the name of before, but few could point out where it fell on the calendar. Fewer people still could explain the significance of the holiday. This ancient holiday, however, was important to a great number of people for more than a thousand years.

The Feast of All Saints was officially begun in A.D. 609 by Pope Boniface IV when he consecrated the Parthenon in Rome to the Virgin Mary and all Christian martyrs. The roots of the holiday, however, are even older. In the early years of Christianity, Christians would remember a martyr on the anniversary of their death by gathering at the place where the martyr died. When multiple martyrs died in one place or at one time, larger groups of Christians and larger celebrations emerged. Eventually, the church felt that, although every martyr needed to be remembered, there were too many martyrs and saints to give each their own feast day. So, a common day was needed where all martyrs and saints would be celebrated. In the seventh century, Pope Boniface IV finally made the day remembering all martyrs official.

The original date that Pope Boniface IV chose would correspond to May 13 on the current Gregorian calendar. This day was a popular pagan holiday, the three day Feast of the Lemures. During the Lemures or Lemuria festival, all the malevolent and restless dead were mollified. This emphasis on the dead in both holidays made it easy for one to supplant the other.

Not all Catholics agree with this history of All Saints’ Day. Some believe that the feast day was started by Pope Gregory III in the early eighth century. He spoke of a day in celebration “of the holy apostles and of all saints, martyrs and confessors, of all the just made perfect who are at rest throughout the world.” The date chosen by Pope Gregory III fell on the first of November.

Regardless of whether All Saints’ Day is celebrated in May or November, it overlaps with an ancient pagan holiday. May celebrations of All Saints’ Day overlap with the ancient Feast of the Lemures. November 1 celebrations, however, overlap with Samhain. Samhain is a pagan holiday that focuses on the dead and is still celebrated by many Neopagans today. The November date for All Saints’ Day also falls near Dia de los Meurtos and directly after the secular holiday of Halloween. In fact, the name “Halloween” is a shortening of “All Hallowed Eve.” All Hallowed Eve was the recognition of the night before All Hallows Day, much as in modern times Christmas Eve is recognized as its own pseudo-holiday that is separate from Christmas Day. “Halloween” falls directly before All Saints’ Day because All Hallows Day was a traditional name for All Saints’ Day. “Hallow” means “holy person” but often referred to saints.

Despite some modern concerns about the pagan origins of Halloween, the potential pagan associations with Halloween were not a source of concern for Christians in earlier times. It was the association with Catholic saints and the Catholic calendar that was of more concern for early Protestants. It was for this reason that the celebration of All Hallowed Eve and All Saints’ Day were outlawed in post-Reformation England.

Catholics observe All Saints’ Day in various ways. Most go to Mass, but plenty of others have their own extra traditions on this feast day. Many people who celebrate All Saints’ Day will visit the graves of relatives or close friends. The living may leave flowers at the graves or light candles in remembrance of the dead. Many Catholics will also make it a point to reread the Beatitudes as recounted in Jesus’ famous Sermon on the Mount in the Gospel of Matthew. Special emphasis is often given to the verse “Blessed are the meek, for they will inherit the Earth.”

All Saints’ Day is unfortunately often swallowed up by the pumpkins and spiders of Halloween, but there is real merit to bringing recognition back to this ancient holiday. It gives Christians the opportunity to remember their lost loved ones and can give Halloween a bit more depth than “let’s go get candy.”
Stephanie Hertzenberg is a writer and editor at Beliefnet. She is a graduate of the College of William and Mary where she majored in Religious Studies and minored in Creative Writing. She maintains an avid interest in health, history and science. 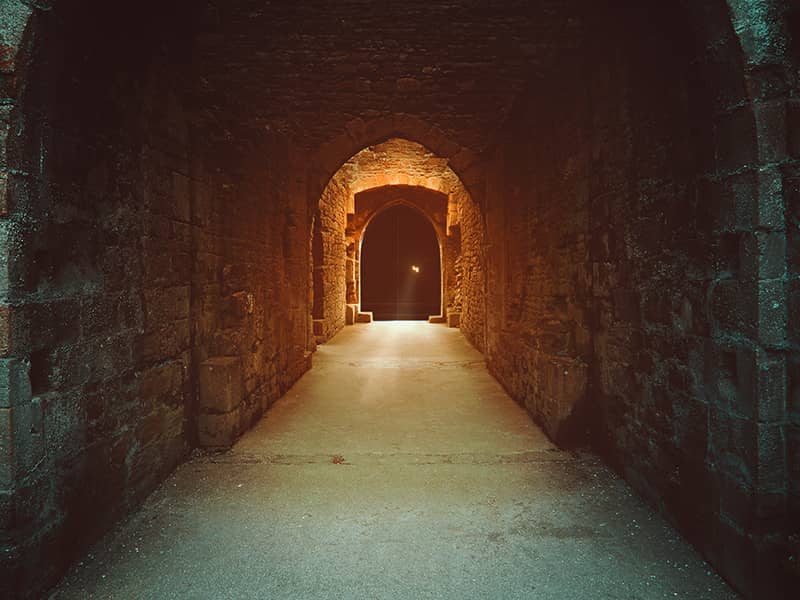