Why I Hate Christmas Today

Before you start with hateful comments, hear me out. I love to celebrate that Christ was born, and came into the world to save mankind. We are a materialistic society, which has made it into a time of pressure, stress, and chaos. 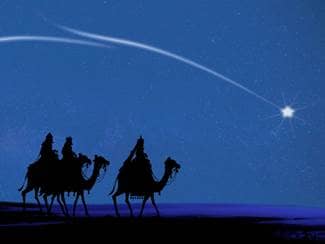 Before you start with hateful comments, hear me out. I love to celebrate that Christ was born, and came into the world to save mankind. We are a materialistic society, which has made it into a time of pressure, stress, and chaos. I have gotten caught into this web myself, I mean I love to buy nice stuff, and give others gifts to make them smile.

But Jesus is lost in all this madness, including the timing of His birth. Many scholars believe Jesus was born during the warmer months, not Dec., 25th. The Roman Catholic Church was believed to settle on this date for reasons like the winter solstice and was considered a pagan holiday.

Some argue it was the spring Jesus was born because of the shepherds watching over the flock in the field during the birth. It would have been too cold for this. Regardless, Christmas has lost its meaning. Christmas decorations up at the end of August, mass email marketing sends vying for the pocket, and Christmas trees before Thanksgiving-- is too much. This is not a time for God or celebrating loved ones, this a time for retailer to deck the halls with my money, along with splashing advertisements everywhere you go before Veteran’s Day.

How can we reclaim this time of year?

With some adjustments you can cut out some of the madness and pressure of Christmas consumerism by making tough decisions. Giving gifts is not a new thing to do. Try baking, making or offer to babysit for a gift. Give them something that they need. This can be groceries, time, or take them to do errands. Make list on how you can honor the Lord today, and serve others.

Get rid of the impulse to buy something by waiting a few weeks to buy something. We need to also stay focused of why we love Christmas, besides it is a fun time with people, indulging in foods, and embracing the beautiful lights. Talk about the symbolism of the holiday like forgiveness, get an Advent calendar, and find scriptures to share with others. Keep Him first. If you fail, oh well! We are not perfect, so get back up.

“The war on Christmas—the war on Christ—is doomed to fail. Christ came the first time to rescue us from our sin--He is coming a second time to establish His kingdom forever under His righteous reign, Preacher Franklin Graham wrote in Charisma Magazine

No matter when Christ was born his, mission will not change. It is up to us to resist the pressures around and in us.

“Every believer from every age who has repented and trusted in Him for the forgiveness of sin will be with Him. The Babe at Bethlehem will be the conquering King. So this Christmas, don't worry if you see the opposition building. Praise Him that He came to earth 2,000 years ago on a rescue mission, that He has rescued you," Graham offered.

Go to the Bible. Try the following Scriptures to reflect on this season.

Isaiah 9:6: "For to us a child is born, to us a son is given; and the government shall be upon his shoulder, and his name shall be called Wonderful Counselor, Mighty God, Everlasting Father, Prince of Peace."

Zechariah 9:9: Rejoice greatly, O daughter of Zion! Shout aloud, O daughter of Jerusalem! Behold, your king is coming to you; righteous and having salvation is he, humble and mounted on a donkey, on a colt, the foal of a donkey."