Excerpt from Gods at War discusses your commitment to God. 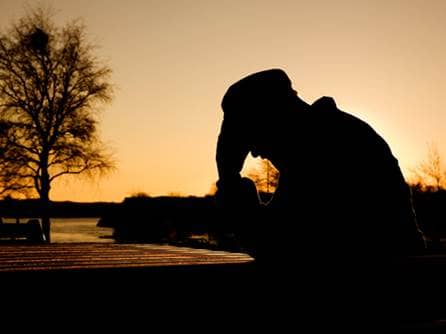 Michael Jordan’s book Driven from Within tells an eye-opening story about a visit the legendary basketball player made to a friend’s home. Fred Whitfield was the president and chief operating officer of another NBA team. The two of them were getting ready to go out to dinner when Jordan said, “Man, it’s kind of cold. Can I borrow one of your jackets?”

Whitfield said, “Sure,” and told him where the coat closet was.

Whitfield looked at the heap and noted that all the items were made by Puma, a rival of Nike. Jordan had found that the closet had materials made by both manufacturers, and Jordan, so associated in the public mind with the Nike swoosh, did not approve. The Nike items were there because Whitfield was a close friend of Michael Jordan. The Puma stuff had come as the result of his close friendship with Ralph Sampson, an ex-player who promoted that brand.

Whitfield stood and waited to see the fate of his Puma gear. Jordan walked into the kitchen, came out with a butcher knife, and cut the pile of gear on the floor into thousands of pieces.

When he had thoroughly destroyed the athletic gear, he gathered it all up again and carried it to a dumpster for disposal.

When he was done, Jordan returned to Whitfield’s side and said, “Hey, dude, call [my Nike representative] tomorrow and tell him to replace all of this. But don’t ever let me see you again in anything other than Nike. You can’t ride the fence.”

Jordan’s behavior is a little uncomfortable to read about, isn’t it? I find that people who follow Christ, people who read books like this one, are polite people. I can’t imagine myself pulling a Michael Jordan in someone’s house, nor would I recommend it to those who wish to keep their friends.

But don’t you think Jordan offers us a pretty good picture of idol smashing? He is demonstrating total commitment. And really that’s the kind of radical commitment God longs for from his people. He doesn’t want us to just make room in our closet for him; he wants the closet to himself.

Already we detect a problem. What has come to be called the “Greatest Generation” — the one that fought the Second World War and built mid-century America — is a generation known for commitment. Many of us had grandparents or perhaps great-grandparents who worked one job, lived in one home, and attended one church for the duration of their adulthood. People were committed to companies, communities, congregations, and their families.

In our times, it’s common to live a nomadic existence, to move from city to city, from church to church within cities, from partner to partner. Our eyes are always on the horizon, looking for the bigger house, the superior career choice, the better life. We’re always watching for a better deal. We live in a world where “no strings attached” is a popular choice when it comes to relationships. We seem to be a generation with one commitment: keeping our options open.

While keeping our options open is not necessarily all bad, we should recognize that this quality that seems to mark our culture makes it that much more difficult to appreciate the seriousness of idolatry. The only relationship God is interested in is one that is exclusive and completely committed. He is not interested in an “open relationship” with you. He won’t consider sharing space on the loveseat of your heart.

His throne has only one seat.

Wouldn’t it be interesting if people were not only called by their given names but also by their most dominant personality traits? Wives, what would your husband’s name be? Maybe something complimentary like sweet-talker or strong protector. Or maybe it would be something a little less complimentary.

In Scripture, the Lord God is often named by his character qualities. He is the “King of Kings,” “Deliverer,” “Provider,” “Healer,” and “Redeemer”; the list goes on and on. Yet of all the names of God, there is one that seems out of place. Exodus 34:14 reads, “Do not worship any other god, for the Lord, whose name is Jealous, is a jealous God.”

Jealous? That word doesn’t seem very . . . well, positive. If feels petty to me — like a couple of junior high girls who are both interested in the same boy; like a basketball player who avoids passing the ball to the teammate who keeps getting the high score; like a possessive high school boyfriend who becomes upset if his girlfriend makes eye contact with another guy.

Besides, what reason would God have to be jealous? Doesn’t everything already belong to him? Is there anything that competes with his power or his greatness? Of course not — at least not in reality.

But what about in your heart?

God is jealous for your heart, not because he is petty or insecure, but because he loves you. The reason why God has such a huge problem with idolatry is that his love for you is all- consuming. He loves you too much to share you.

Kyle Idleman is the teaching pastor at Southeast Christian Church in Louisville, Ky., the fourth largest church in America, where he speaks to more than 20,000 congregants each weekend. He is the author of Not a Fan: Becoming a Completely Committed Follower of Jesus (Zondervan, 2011), and the author and presenter of the award-winning video curriculum series “H2O: A Journey of Faith” as well as “The Easter Experience” and the “Not a Fan” DVD teaching series. He and his wife, DesiRae, have four young children.