Prayers from African Americans in History

Beliefnet presents a gallery of prayers from people in African-American history such as Frederick Douglass, Sojourner Truth, Harriet Tubman, W.E.B DuBois and more. 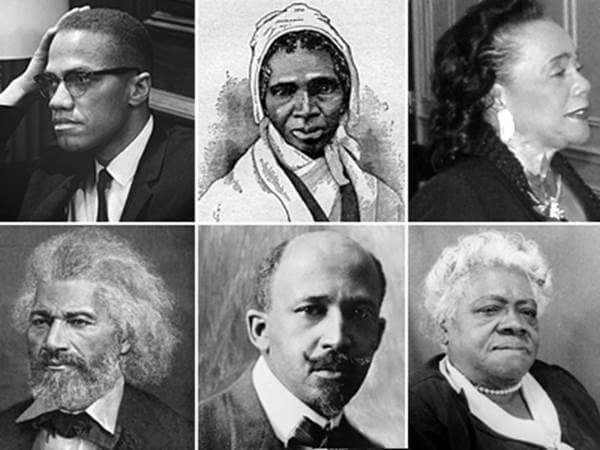 Prayers from African Americans in History

Historically, African-American people have been known to be very spiritual. From the old negro spirituals sung during slavery, to using prayer as a catalyst for divine intervention during the civil rights movement, spirituality and spiritual practice have shaped the lives of many African Americans, from the troubled past to our hopeful present.

Click through our gallery of prayers from major figures in African-American history, such as Malcolm X, Harriet Tubman, Duke Ellington, and Sojourner Truth. 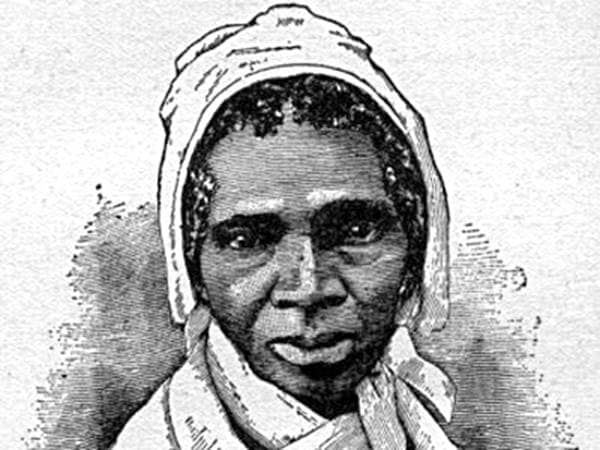 Sojourner Truth: "Do For Me God"

Oh, God, you know I have no money, but you can make the

never give you peace till you do, God.

The indefatigable Sojourner Truth, the former slave who became outspoken in her defense of human dignity, often spoke to God in a no-nonsense way. She believed that if she was to do God’s work on earth, Divine Providence should be with her each step of the way. 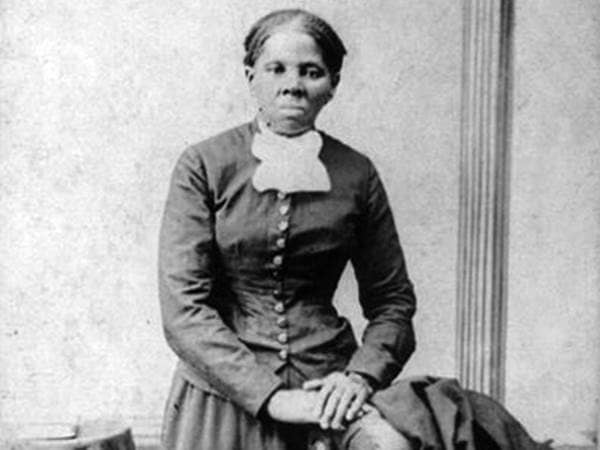 I’m going to hold steady on You, an’ You’ve got to see me

This ejaculation was recited regularly by Harriet Tubman when she led runaway slaves to freedom in the North. The nineteenth century “Moses,” herself having been enslaved, never lost a person along the Underground Railroad and attributed her success to her deep belief in God. She would say this prayer just as she began to engineer one of her daring escapes. 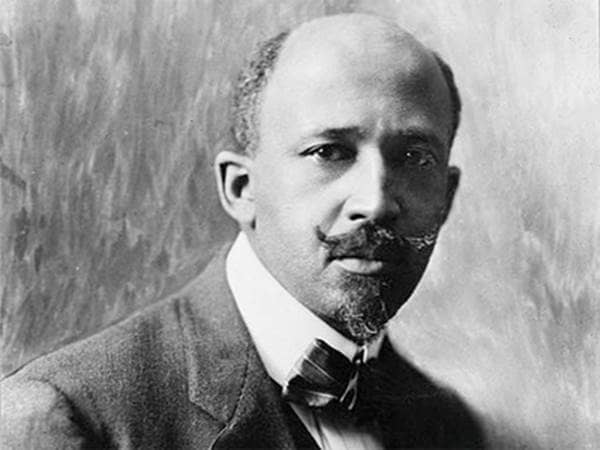 Give us grace, O God, to dare to do the deed which we well know

cries to be done. Let us not hesitate because of ease, or the

words of men’s mouths, or our own lives. Mighty causes are

calling us—the freeing of women, the training of children, the

putting down of hate and murder and poverty—all these and

more. But they call with voices that mean work and sacrifices

and death. Mercifully grant us, O God, the spirit of Esther, that

we say: I will go unto the King and if I perish, I perish.

Educator and civil rights activist W. E. B. Du Bois became the first African American to receive a doctorate from Harvard. An agnostic for much of his life, he nonetheless wrote dozens of exquisite spiritual entreaties. In this prayer he recalls the Old Testament figure of Esther, who daringly confronts her husband, King Xerxes, and demands that he overturn his court’s order to kill all the Jews of the Persian Empire. 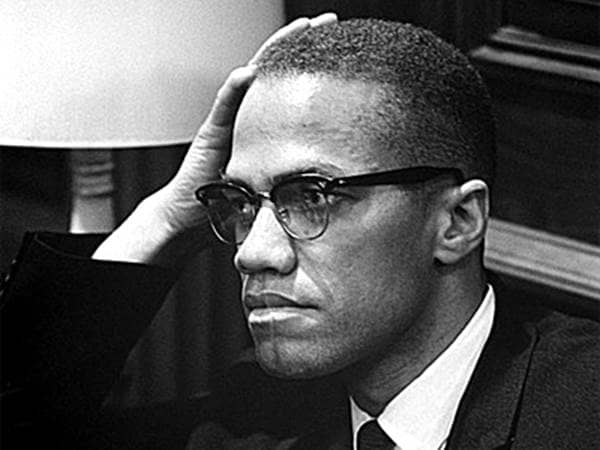 Thee. I submit to Thee because Thou hast no partner. All praise

and blessings come from Thee, and Thou art alone in Thy

This prayer, which stems from the teachings of the Koran, has had some significance in recent U.S. history. To Malcolm X, who was an avowed racist for a good portion of his adult life, it became the catalyst for his personal conversion. On a pilgrimage to Mecca in 1964, he witnessed tens of thousands of Muslims, including “blond-haired, blue-eyed men I could call my brothers,” reciting these words, and he realized that he could no longer adhere to his prejudices. Father, we call Thee Father because we love Thee. We are glad to

be called Thy children, and to dedicate our lives to the service

that extends through willing hearts and hands to the betterment

of all mankind. We send a cry of Thanksgiving for people of all

races, creeds, classes, and colors the world over, and pray that

through the instrumentality of our lives the spirit of peace, joy,

fellowship, and brotherhood shall circle the world. We know that

this world is filled with discordant notes, but help us, Father, to

symphony for peace and brotherhood, justice, and equality of

opportunity for all men. The tasks performed today with

forgiveness for all our errors, we dedicate, dear Lord, to Thee.

Grant us strength and courage and faith and humility sufficient

for the tasks assigned to us.

Born into a family of seventeen children whose parents had once been slaves, Mary McLeod Bethune became one of the most indefatigable voices for global equality and understanding in the immediate years before and after World War II. She was a self-assured educator, activist, and columnist and found in prayer one of life’s great comforts. Here she expresses her firm belief in the beauty of diversity throughout the world. In the last years of his life, musician and composer Duke Ellington realized that his time was short and he regretted that he had not fully conveyed in his music his deeply held spirituality. In his quest to add to his legacy, he wrote a series of ecumenical pieces that became part of his Sacred Concerts. In his last Christmas card to his friends, he personally designed this prayer as a personal expression of God’s inextricable love for mankind. 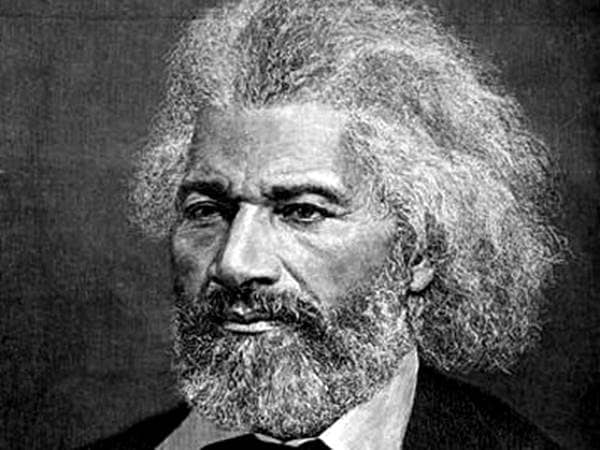 Frederick Douglass: "In Search of Freedom"

You are loosed from your moorings, and are free; I am fast in

my chains and am a slave! You move merrily before the gentle

gale and I sadly before the bloodywhip! You are freedom’s

swift-winged angels that fly round the world; I am confined in

gallant decks, and under your protecting wing! Alas! Betwixt me

and you, the turbid waters roll. Go on, go on. O that I could also

whom to make a brute! The glad ship is gone; she hides in the

dim distance. I am left in the hottest hell of unending slavery. O

God, save me! God deliver me! Let me be free! Is there any God?

Why am I a slave? I will run away. I will not stand it. Get caught,

or get clear. I’ll try it. I had as well die with ague as the fever. I

have only one life to lose. I had as well be killed running as die

standing. Only think of it; one hundred miles straight north, and

Through prayer and introspection, Frederick Douglass tried to make sense of his enslavement on a Maryland plantation. This piece, calling out to God for deliverance, was taken from his riveting autobiography published seven years after his escape to freedom. 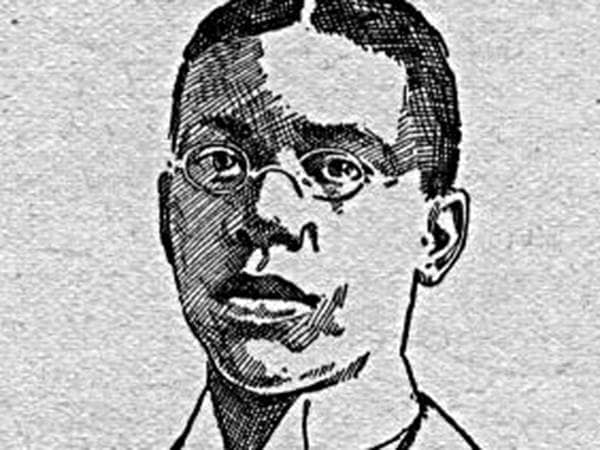 Have worn my stumbling feet:

Oh, soothe me with thy smiles,

And make my life complete.

The thorns were thick and keen

The way was long between

My wounded feet and God.

Do thou my footsteps lead.

My heart is aching so;

Thy gracious balm I need.

The son of ex-slaves and a classmate of aviation pioneer Orville Wright, Paul Laurence Dunbar was the first African American to gain widespread fame as a poet. His ability to use different conversational dialects made his works accessible to a vast audience. This particular prayer was written as a personal retrospection not long before he died at the age of thirty-four, in 1906, from tuberculosis. Eternal and everlasting God, who art the Father of all mankind,

as we turn aside from the hurly-burly of everyday living, may

our hearts and souls, yea our very spirits, be lifted upward to

Thee, for it is from Thee that all blessing cometh. Keep us ever

mindful of our dependence upon Thee, for without Thee our

efforts are but naught. We pray for Thy divine guidance as we

travel the highways of life. We pray for more courage. We pray

for more faith and above all we pray for more love.

May we somehow come to understand the true meaning of Thy

love as revealed to us in the life, death and resurrection of Thy

son and our Lord and Master, Jesus Christ. May the Cross ever

remind us of Thy great love, for greater love no man hath given.

This is our supreme example, O God. Maywe be constrained to

follow in the name and spirit of Jesus, we pray.

Coretta Scott King, the wife of the Reverend Martin Luther King Jr., wrote her own spiritual essays and prayers attesting to her abiding faith in God. Her spiritual horizons expanded dramatically during her marriage and throughout her life-changing experiences in the civil rights movement in the 1950s and early 1960s, when she composed this piece. 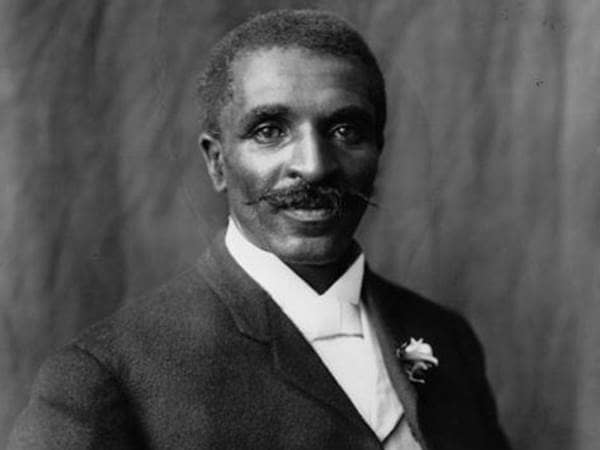 O God, I thank Thee for such direct manifestation of Thy

Inventor, scientist, and social activist George Washington Carver believed that human knowledge and the hand of God were inextricably linked. While one could not test a personal relationship with God to the satisfaction of individuals through human quantification, he believed in the existence of an Almighty and that Divine Providence had a plan for everyone. In composing this simple expression of thanksgiving, Carver was recording his reactions in witnessing a spectacular sunset not far from his laboratory at Tuskegee University in Alabama.

How Much Do You Know About Black Spiritual History?

Coretta Scott King on Prayer and the Civil Rights Movement

Most Influential Black Spiritual Leaders of 2008 6 Powerful Prayers For Burnout
God can turn your suffering around! Read next feature >
Copyright © 2008 by James P. Moore Jr. From the book THE TREASURY OF AMERICAN PRAYER by JAMES P. MOORE JR., published by Doubleday, an imprint of The Doubleday Publishing Group, a division of Random House, Inc., New York. Reprinted with permission.