The 10 Dreams of Genesis

Ten is a big number in Judaism: Everyone knows about the 10 commandments, but God also created the world with 10 ineffable statements; and the Torah records 10 songs. 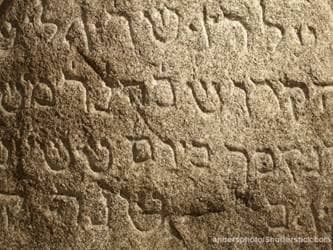 Ten is a big number in Judaism: Everyone knows about the 10 commandments, but God also created the world with 10 ineffable statements; and the Torah records 10 songs (with the last one to be sung by the Moshiach, when he finally shows up) and also, 10 dreams. Interestingly, all 10 of the dreams recorded in the Torah occur in just one book, namely the book of Genesis. So now, here’s a quick quiz for you: before you read on, how many of the Torah’s 10 dreams can you name? Here they are, in chronological order:

1) The Philistine King Abimelech has a dream where God comes to him, and admonishes him for stealing Sarah away from Abraham, her husband. Abimelech protests that he thought that Sarah was Abraham’s sister, but is so disturbed by his nocturnal visitation that he immediately gives Sarah back when he awakens. (Genesis 20:1-7)

2) The next dream occurs when Jacob is fleeing from his brother Esau, and falls into a supernatural sleep while he’s making his way out of Israel, to neighboring Haran. Jacob dreams of a ladder: ‘set in the earth, and its head reached the heavens, and behold, angels of God were going up and down on it…’ (Genesis 28:12)

3) Jacob also has the next dream: This time, an angel of God appears to him and tells him how to work things out with the sheep he’s guarding for his tricky father-in-law, Laban, to ensure that he’s going to get paid his dues. (Jacob’s wage was meant to be all the discolored sheep, but his dishonest father-in-law tried to cheat him by removing all the discolored sheep from the flock, and leaving Jacob only the white sheep to shepherd.) In the same dream, the angel also tells Jacob it’s time to leave Haran, and go back to Eretz Israel. (Genesis 30:25 – 31:17)

4) Laban, Jacob’s father-in-law has the next dream, while he’s busy pursuing his son-in-law in order to try to force him to return to Haran. God shows up in a dream, and tells Laban that he should do ‘neither good or bad’ to Jacob (Genesis 31: 22-24) .

5) The next dreams are probably the most well-known and universally famous. Joseph, Jacob’s son, dreams that he’s binding sheaves of wheat with his brothers in the field, when suddenly his sheaf stands straight, while those of his brothers’ bow down to him. Joseph shares his dream with his brothers, and they are seriously unimpressed with what they believe to be his ‘delusions of grandeur’. (Genesis 37: 5-7) 6) Joseph has another dream, along the same lines: This time, he sees the sun, moon and 11 stars bowing down to him. Joseph tells his dream to his father, Jacob, who tries to play it down, but secretly believes that it’s a prophetic vision, and that it will eventually come true (and of course, he was right.) (Genesis 37:9).

7 & 8) Dream number 7 and dream number 8 occurs in the dingiest Egyptian prison, where Joseph ends up after being sold into slavery by his jealous brothers, and then being falsely accused of attacking his master’s wife. 10 years’ after Joseph’s been sitting in prison, two royal ministers show up, and each has a dream that they need Joseph’s help to interpret. He correctly interprets that Pharoah is going to execute his official baker, but reinstate his official wine steward – and so it comes to pass (Genesis 40: 7-8).

9 & 10) The last two dreams in the Torah belong to Pharoah, the undisputed ruler of the ancient world. (Interestingly, Jewish sources explain that Pharoah actually had the same two dreams night after night for two whole years, before he actually remembered them upon waking.) And what are the dreams that Pharoah had? In the first one, he dreams that seven fat cows emerge from the Nile river (that the Egyptians worshipped as a deity, and that was a powerful symbol of Egyptian wealth and bounty), but are then swallowed up by the seven emaciated cows that follow them.

Next, he dreams that seven fat, plump kernels of grain are somehow swallowed up by the seven wind-blasted ears of grain that follow. Pharoah awakens enormously disturbed, and starts combing the kingdom for someone to tell him the meaning of his dreams. The wine steward belatedly remembers how Joseph helped him out when he was in prison, and Pharoah has him rushed to the palace. Joseph correctly interprets the dream for the king, and Pharoah is so impressed that he makes this erstwhile Hebrew slave the defacto ruler of Egypt (Genesis 41:1-7).

Potential prophecy, or nonsense? Judaism has always considered dreams to be meaningful, and a potential form of prophecy. In fact, there’s a Talmudic statement that dreams are considered to be 1/60 of prophecy – but only under certain conditions. In the Gemara, (Tractate Brachot 55b) the sages discuss what these conditions are, and conclude that four types of dream can be fulfilled:

• A dream that’s seen in the early morning

• A dream that someone has about somebody else

• A dream that contains its interpretation, as part of the dream

• A dream that is repeated (i.e, the dreamer has it on a number of repeated occasions)

That’s not to say that every dream will happen even if these above conditions are met. Perhaps the most important Jewish teaching about dreams is that unless they are the obviously prophetic type of dream as described above, where God is communicating some important message to the dreamer, the more mundane type of dream usually just goes after its interpretation. I.e., that the dream’s meaning isn’t ‘fixed’ in reality and can always be explained for the good, even if the dream itself is very disturbing. Dream big While successfully interpreting dreams is a true art, and requires a huge amount of spiritual insight, humility and personal holiness, one thing is clear from the 10 dreams described in the Torah: God wants us to dream big. He wants us to dream of a world that’s prosperous and at peace, and where people are living a fulfilled, holy and happy life. And the more we look for the messages for change, inspiration and growth that God is hiding in each of our own dreams, however humble, the more that dream – God’s own dream for humanity – will become a reality.