Students are Falling Behind in Ultra-Orthodox Schools

The Associated Press first reported that the New York City Education Department will investigate the amount of secular education offered to students attending Jewish schools, and their yeshiva educations. 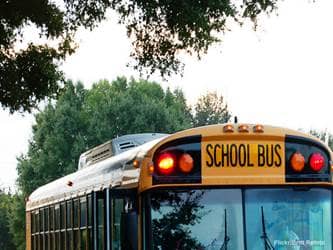 The Associated Press first reported that New York City Education Department will investigate the amount of secular education offered to students attending Jewish schools, and will look into their yeshiva educations.

Children are taught Yiddish, and only learn English up to the age of 13. By the time they graduate, kids are behind in the basics. Former students and others have complained that they were not even taught science or math. When it came to college they felt lost.

Young Advocates for Fair Education was formed by people raised within the ultra-Orthodox community in the city, and believe general studies need to be incorporated into traditional Judaic curriculums. “Most of them provide maybe 1.5 hours of English and math at the end of an already tiring day, taught by nonprofessionals,” YAFFED founder Naftuli Moster said in a New York Post interview in February.

"They are just a mess when it comes to providing a proper education.” YAFFED complained in a letter to the Board of Education in July, but has been lobbying for better education for students. The organization said on their site that they respect  Judaic studies.

"We encourage compliance with relevant state guidelines for education while maintaining respect for the primacy of Judaic studies and the unique cultural and religious values of the ultra-Orthodox community.

Our mission is to ensure that all students receive the critical tools and skillsets needed for long-term personal growth and self-sufficient futures."

The board will be investigating over 30 private Jewish schools in NYC. “We take seriously our responsibility to ensure that all students in New York receive an appropriate education, and we will investigate all allegations that are brought to our attention,” the Department of Education shared with New York Jewish Week.

The Orthodox Jews keep everything tight knit, which will lead to opposition. But the state requires that private schools have the equivalent of what public schools are offering, the AP reported.