Is Jewish Law Too Strict for Its Own Good?

“In my view, Jewish law on this point is completely insane, both genetically and sociologically,” says Vesole, a former attorney. “What possible point could there be in denying genetic Jews membership among the Jewish people? No other group works this way. It’s time to bring our rules into the 21st century.” 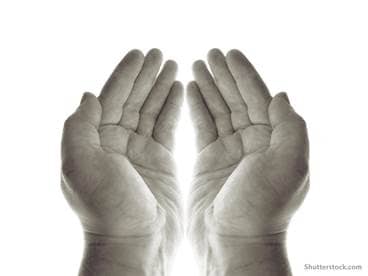 About one out of every 514 people in the world, 0.02 percent, is Jewish, according to a recently published survey by Israel's Maariv newspaper.

“There is something inherently misleading about this; no doubt the study was done with the best academic standards, but the historical method for counting Jews has problems,” says Martin Vesole, former president of Temple Menorah in Chicago and author of the Jewish-themed novel Sleeping Truth, www.martinvesole.com.

“In my view, Jewish law on this point is completely insane, both genetically and sociologically,” says Vesole, a former attorney. “What possible point could there be in denying genetic Jews membership among the Jewish people? No other group works this way. It’s time to bring our rules into the 21st century.”

Vesole describes how and why the faith needs to evolve.

We can do a better of determining who is Jewish. “It pains me to say this, but I have to agree with Hitler about something,” Vesole says. “He said if you have just one Jewish grandparent you are Jewish. I say, if someone is Jewish enough for Hitler, he is Jewish enough for me. Makes you wonder, how many of the 6 million Jews murdered by Hitler in the Holocaust were Jewish only by his definition. How ironic that they are Jewish enough to be included in the 6 million when dead, but wouldn't be considered a Jew today if alive.”

Judaism has changed many times before when needed. “People think Judaism has been static and written in stone for its entire history. In this, they are very wrong. Judaism began as a family religion with Abraham, Isaac and Jacob, and then become a tribal one following the Exodus from Egypt. It evolved from rulership by wise men, called judges, to rulership by kings. The building of the Holy Temple in Jerusalem, and then its destruction, involved huge changes, one of which was the creation of local synagogues as substitute prayer centers. Another was the creation of the venerated Talmud, which was created out of whole cloth, partly from a centuries-old oral tradition and partly from decisions by ancient rabbis, called sages. And most recently, we saw the rise of the Reform Movement in Europe (followed by the Conservative and other movements in the U.S.), which allowed Jews to better integrate secularly into the modern world.”

What we need to do now. “Today, we are at another impasse – one in which we are struggling to keep our faith relevant among our own members,” Vesole says, “and it's a battle we are losing. The modern world is rife with people looking for spiritual significance and identity and too many of our people are not finding it in a stagnant and dated Judaism. It is time for us to expand the walls of our temples again, by considering compatible ideas from other religions and convincing New Age philosophies. First of all, we need to start by not throwing people away because they don't meet crazy old definitions of who is a Jew. And with the huge rise in intermarriages (78 percent among non-Orthodox Jews), we need to make conversions less rule-bound and accept conversions by all rabbis, regardless of denomination.”

Martin Vesole is a retired attorney and former president of Temple Menorah in Chicago. Founder of the Shalomist Movement to save Judaism in America, Vesole earned his degree at DePaul College of Law after studying history at Washington University in St. Louis. While enlisted in the U.S. Army, he served in Vietnam. Vesole went on to live in Israel for two years, first taking classes in Judaic Studies at Hebrew University in Jerusalem and then working at Kibbutz Naot Mordechai in the northern region of the country. He is the author of Sleeping Truth and The Book of Emet: The TRUE Story of Jesus, and the upcoming Refreshing Judaism for the 21st Century. His website and blogs are located at www.martinvesole.com