4 Things to Know About Purim

There are a number of ways Purim is celebrated among Jews. 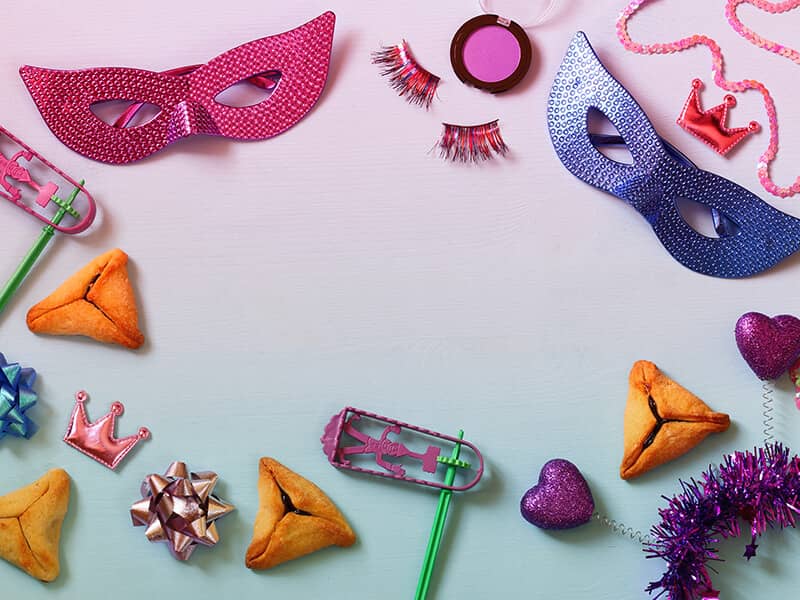 The Jewish holiday, Purim, is one of the most joyous holidays celebrated on the Jewish calendar. The celebration commemorates the saving of the Jewish people from Haman, who was planning to kill all of the Jews. Taking place in the ancient Achaemenid Persian Empire, the story is recorded in the Biblical Book of Esther.

There are a number of ways Purim is celebrated among Jews: exchanging gifts of food and drinks, donating to charity, eating a celebratory meal known as se’udat Purim, public recitation of the Scroll of Esther, daily prayers and grace after meals. Similar to Hanukkah, Purim has more of a national than a religious character; moreover, its holiday status is on a smaller scale compared to the days ordained holy by the Torah.

Aside from feasts, fasting is another well-known celebratory act. The Fast of Esther, observed before Purim, is an original part of the Purim celebration. While the fast of the 13th is still commonly observed, if the date fall on Sabbath, then the fast is pushed forward to the preceding Thursday, Friday being needed to prepare for Sabbath and the following Purim festival.

Purim is a very interesting event and celebration. There are a number of cultural facets and elements involved. While some facts are widely known, others are not. Let’s dive into the celebration of Purim and define the things you should definitely know. 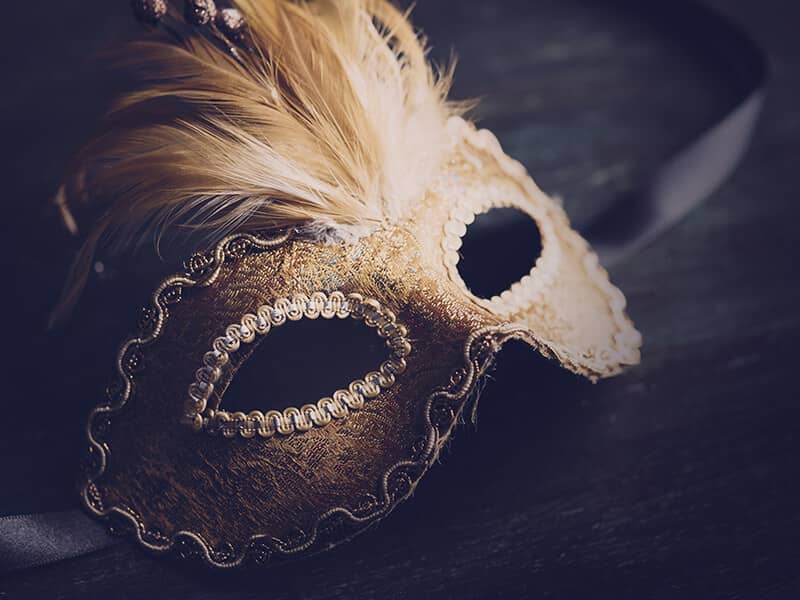 Towards the end of the 15th century, Jews began wearing masquerade costumes and masks. Historians believe that the concept could have been influenced by the Roman carnival and spread across the country of Europe. The practice was not shared and introduced into the Middle Eastern countries until later during the 19th century. It probably isn’t surprising that authorities were concerned about the potential provocative nature of the women’s apparel. Some rabbis, during those times, did not allow them to wear the costumes.

The gods who disguised their presence, during the Purim story, is another reason why the customary apparel was incorporated into the celebratory events. The story of Purim involves charity and has become the central focus of the day. Givers and recipients disguise themselves, and this anonymity preserves the dignity of the recipient, and also takes the pressure off of the donor. The story and act of giving is perceived as disguised events that should be natural. 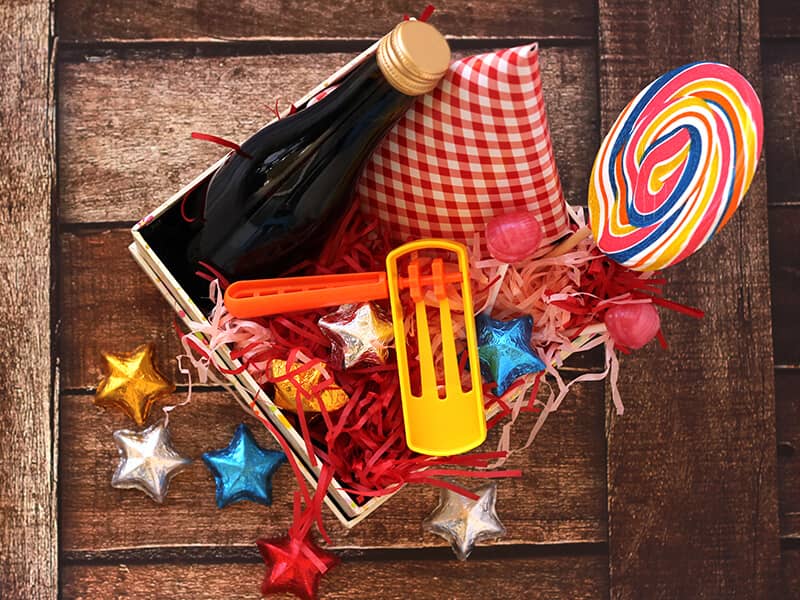 Wine is a big deal during Purim festivities. It may sound humorous, but it is true – many historians have found statements that are attributed to a Rabbi named Rava saying, “One should drink until they no longer can distinguish between Haman (evil) and Mordecai (good).” The customary tradition of drinking is based on the fact that the salvation of the Jews interestingly enough occurred through wine. While Rabbi Rava has proclaimed total intoxication as acceptable, others insist on drinking more than usual, but not enough to become unconscious and incoherent. What’s somewhat troubling, during this customary event, is that fasting has also been practiced for a few days prior to drinking; therefore, the participants do not have the stamina to drink much because they haven’t eaten in days.

The type of wine doesn’t really matter. Red or white – there isn’t a preference. However, most feasts incorporate wine into their meals and during the recitations of Esther.

The Name That Shall Remain Unspoken The Name That Shall Remain Unspoken

During the read out loud public chanting of the Megillah in the synagogue, Haman’s name is blotted out by noises from the congregation. Haman’s name appears 54 times and each time the congregation makes sure that his name is not heard by others and is essentially omitted from the reading. The practice was originated by the Tosafists in the 13th century. Deuteronomy 25:19 says, “Thou shalt blot out the remembrance of Amalek.” Jews believe in this scripture and correlate the blotting of Haman with this mention.

It’s also not uncommon for Jews to write the name of Jaman on the soles of their shoes, and every time his name is mentioned they stomp their feet as a symbol of contempt. Others use a noisy ratchet. Each time Haman is mentioned, the ratchet is sounded off. Some synagogues on Purim do not allow the ratchet to be utilized because of its disruptive nature. 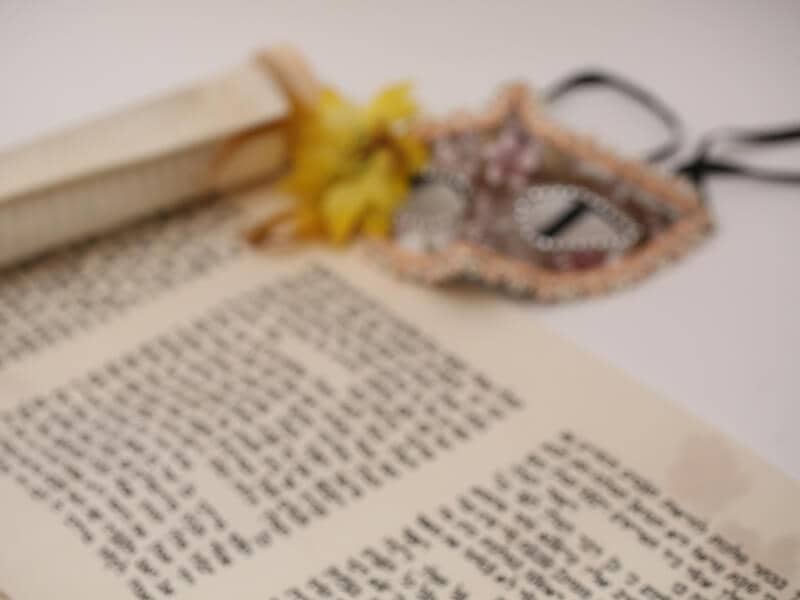 Women are obligated to hear the Megillah because they are involved in the miracle. While there are mixed feelings about women led readings, it is believed that they should hear the words. Modern Orthodox leaders believe that women can serve as public Megillah readers. Women led Megillah readings have become increasingly common in liberal environments; however, women are only allowed to read to other women.

Despite the progression we’ve made as a society, Rabbinic authorities stand by their belief that women should not read the Megillah for themselves because of an uncertainty as to which blessing they should recite upon the reading.

There have not been any push backs from the Jewish society. In fact, it’s socially accepted and there is not a lot of backlash given by the women in regard to this long standing blockade from reciting the religious reading in front of men or during a service. Purim has evolved into a fun celebration that involves more than just remembering the historical value of the celebration, but also allowing others to be creative within their expressions. Modern Purim festivities include costumes and carnivals. Spectators oftentimes describe the Purim celebrations as a Halloween extravaganza because of the eccentric array of costumes. Families and friends even exchange baskets of wine, delicious food and sugary candy as a symbol of love and unity. Overall, Purim is another way the Jewish culture can come together and celebrate their success and fortitude despite the hurdles and troublesome times their culture has experienced. 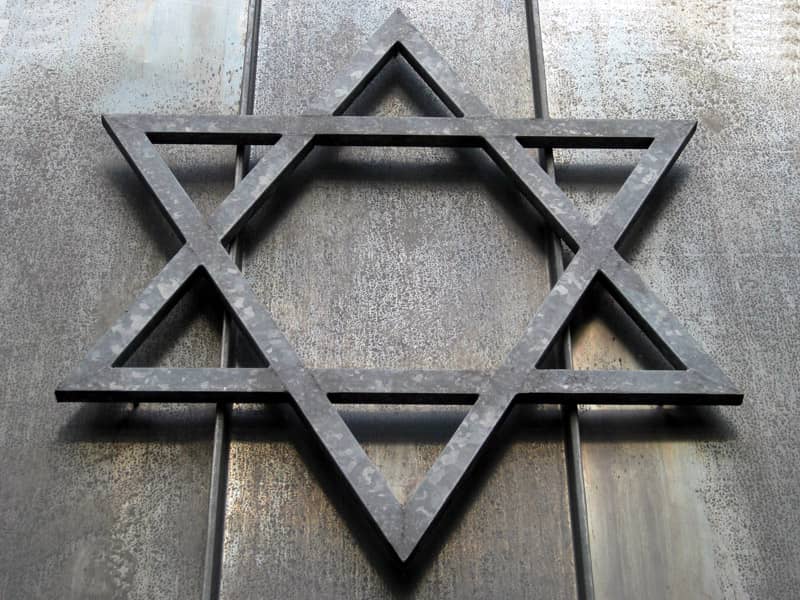 Beyond Survival: An Alternative Vision For the Jewish Future

Can Judaism survive in the 21st century? Read next feature >
Angela Guzman is a Writer at Large and a Huffington Post contributor.
More from beliefnet and our partners
Add some inspiration to your inbox.
Sign up for Beliefnet's Jewish Wisdom newsletter.
From time to time you will also receive Special Offers from our partners