Shiva for the Dead

The Grateful Dead have far exceeded this eponymous mandate, showering us with a treasury of evocative sound and indelible moments, melding hearts as they altered consciousness in ways that have transformed our world forever. Fare Thee Well and Zichrono livracha—May its memory be for an ongoing blessing. 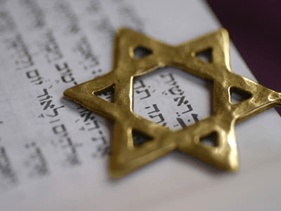 As the echoes of the last encore caress Sandberg’s big-shouldered host, and the gathered tribe of tapers, Technicolor-adorned septuagenarians and youthful strivers for a handful of history return to the monochrome world of gainful responsibility and uncomprehending kin, embracing a moment of reflection seems apt before the haze of fading memory levels experience into nostalgia more quickly than the ardent, Buddy Holly-inspired love professed at the final show’s denouement.

Aside from the prodigious legacy of the band itself, more was revealed, affirmed, and even sanctified by the show’s themselves than in what they represented. Much has been made of the religious dynamics inherent in the Grateful Dead and their faithful family. Its bearded prophets, liturgical set-lists and myriad concert rituals are de facto religion, especially for spiritual skeptics of institutional ecclesia.

But there is a facet of Jewish ritual, in particular its mourning rites, which emerge as salient parallels to this wistful moment of closure and uncertainty for the now unmoored legions of Deadheads.

Shiva is the most immediate and visceral period of Jewish mourning following death and burial. A seven-day period of reflection on the departed encouraged by a disconnect from the daily grind, it provides as much comfort to the grieving as it does direction for a future made frightening by the void. In critical ways, the Fare Thee Well shows shared much with this period and its practice. Shiva is kind of reunion, bringing far-flung friends and family together for an intense, sometimes awkward, but eminently necessary chance to bond in the face of anxious transition.

Think of The Big Chill without the Baby Boom neurotic narcissism. Stories are shared, memories challenged, corrected or affirmed as apocryphal, and perspective is gleaned to assuage confrontations with mortality and existential inquiry. For many, these shows marked more than the conclusion of a band’s career. It was an end of an era in ways far more genuine than the cliché conveys, both for stages in individual lives and for the cultural currency of 60’s idealism and exploration. It’s not quite the dramatic cresting of the wave prophesied by Hunter Thompson’s Fear and Loathing, but there is a sense of finality, an inexorable passing from one epoch to another. This shiva of shows celebrated an ending as much as it lamented change for a community that traverses time. Shiva lays the groundwork for a different but hopeful future.

Though mired in the sadness and absence of loss, the shiva process evolves into a forward-looking embrace of what’s to come. For Jews, there is little pride or value in endless mourning as reflection of love for what’s lost. But there is much striving for what’s next as fitting tribute to the life and legacy of the dead…and The Dead. Mickey Hart’s final, benedictory paean to take the power of presence at these shows into the world, distilled into the compassionate imperative to “Be Kind,” was as much a redirection of faith and hope as it was a securing of immortality for the values undergirding the band and its acolytes.

And finally, shiva provides structure and meaning through established ritual, transcending generations and applied universally, even for, or perhaps especially for, those unaccustomed to strictures, obligations and responsibilities.

And while the Grateful Dead as archetype of 60’s liberation and boundary-crossing attracted many to its inherent inclusiveness of self-identified “misfits,” most remained committed out of fidelity to distinct and anticipated ritual: the renowned framework of 2 sets, encompassing Drums/Space and encore-- the well-established pairings of tunes and scripted song cycles that emerged mystically from diffuse, amorphous jams; the post-show sharing of set lists and cacophonous commentary on and comparison of song iterations; and the unflinching, even sacred promise that each show will be singular, unprecedented and, in many ways, ephemeral, despite the obsessive “taping” community that produces recordings that only hint at the actual experience. And so, as this period of shiva concludes for a seminal band of merry pranksters, we are mindful of the origins of the name itself.

Garcia is said to have found it in Lesh’s copy of a medieval dictionary, a description of a folktale in which the spirit of an impecunious corpse expresses appreciation to the stranger who secured its burial.

The Grateful Dead have far exceeded this eponymous mandate, showering us with a treasury of evocative sound and indelible moments, melding hearts as they altered consciousness in ways that have transformed our world forever. Fare Thee Well and Zichrono livracha—May its memory be for an ongoing blessing.

By Rabbi Daniel A. Weiner