Freud got a lot of the credit for putting psychology on the map, but authentic Judaism has been teaching people about how to deal with their subconscious inner struggles for centuries. 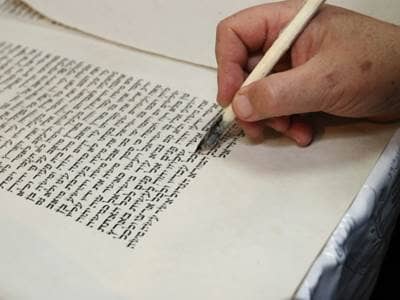 There’s a myth that Sigmund Freud, the famous ‘father’ of modern psychology, was the first Jew who ever managed to start working out that human beings have a whole subconscious thing going on. Freud started speculating about ‘ego’ and ‘id’ and a bunch of other now discredited theories about what was causing emotional and mental issues in people, and voila, he was lauded for the better part of a century for his amazing (yet completely unproven…) insights into the human character.

But here’s the ironic thing: while the secular-but Jewish Freud got a lot of the credit for putting psychology on the map, authentic Judaism has been teaching people about how to deal with their subconscious inner struggles for centuries.

Pick up pretty any book on Jewish self-development (known as ‘mussar’ in the original Hebrew) and you’ll find hundreds of references to the fact that people are created with two distinct, and opposing sides to their personalities. On the one hand, we have what’s called the inclination for good, (or the ‘Yetzer HaTov’, in Hebrew); and then we have the ‘Yetzer HaRa’, aka the Evil Inclination.

In a nutshell, the Evil Inclination berates a person, drags them down, fills them with paranoia, anger, hatred and fear (and whole bunch of other negative emotions, too), and encourages them to do a lot of nasty things - but it always has a rationalization and justification as to why it’s OK to do all this stuff.

The Yetzer HaRa’s primary arena of operations is the subconscious mind, and more than two thousand years’ ago, our Rabbis were already teaching us that the main goal of the evil inclination is to literally kill a person – and unfortunately, it often does a pretty good job.

By contrast, the inclination for good encourages us to see the good in ourselves and others, to have self-compassion, to accept that we’re limited human beings, and to strive for self-improvement. It fills us up with positive emotions and thoughts like love, happiness, acceptance (of the self and others), humility and faith.

So that’s the basic paradigm we’re dealing with when it comes to understanding human nature, and it’s been part and parcel of the orthodox Jewish tradition for millennia, already.

In 1940, the famous mussar authority Rabbi Eliyahu Dessler wrote the following to one of his students:

“You asked me about the relationship between the spirit [called the ‘nefesh’ in Hebrew] and the soul [called the ‘neshama’] and the good and evil inclinations. You should know that the spirit of man is his ego…which has both good and bad qualities.” Rabbi Dessler then went on to describe how most people are completely clueless that it’s their spirit / ego that’s in the driving seat, and that if they’d only stop for a moment to really contemplate their true intentions and desires, they’d be shocked to discover how murky and unholy they so frequently were.

Rabbi Dessler explains: “Whenever the Yetzer HaRa is involved no one can distinguish between good and bad. The only way to do this is by fear of God and constant struggle with the Yetzer HaRa.”

But that’s not all: Judaism also teaches that there is an additional Evil Inclination that people have to deal with, that takes the form of an external Heavenly angel, or ‘accuser’. And this is where things start to get really interesting, because while Judaism teaches that a person is able to get on top of their innate ego, or natural evil inclination (albeit with a huge struggle), the angelic Evil Inclination is a whole different story.

If we go back to the Rabbis who redacted the Gemara, they tell us clearly that if God didn’t help us, this angelic Evil Inclination would mash us into the floor every single time.

Here’s something else that you should know about human psychology: each person’s inclination for evil and inclination for good are evenly matched, in order to maintain free choice. That means that if someone is struggling with some hugely unpleasant character traits, habits or emotional difficulties, it’s only because their capacity for good is actually so enormous!

Can you imagine how different most therapy sessions would be if instead of focusing on all the bad, the emphasis would shift to emphasizing how much potential for good the patient actually has, just waiting to be discovered?

So now, we reach the question of questions: How do we successfully fight off our inclinations for evil, and do our best to put the inclination for good in the driving seat?

Thankfully, the Rabbis also had this covered hundreds of years before Freud was even a gleam in his father’s eye: we need to ask God to help us. And the single best way of doing this is to spend some time talking to God regularly, every single day, in our own words about the issues we’re facing, and how we’re feeling, and how we’re acting and reacting in life.

When we get God involved, He somehow starts helping us to see past all our rationalizations and excuses, to see what actually needs some work and improvement, but in a very gentle, motivating manner.

One of the biggest mistakes psychology makes is that it encourages people to focus on the ‘bad’, and the problem, and the flaw, without explaining how to get past it, so they end up ‘stuck’ with all this newly-uncovered ‘bad’ and they can get pretty depressed and start to despair about ever really fixing the problem.

Instead of dwelling on the bad, Judaism teaches us that it’s enough just to recognize there are issues that need to be addressed and worked on, without endlessly analyzing and discussing our problems and flaws. Authentic Jewish psychology says: Focus on the good, and don’t keep harping on the so-called bad in yourself and other people.

That’s because our bad characteristics and horrible behavior patterns aren’t really ‘us’ – they’re just all the rubbish we’re getting wrapped up in by our Evil Inclination. Remember that the real us – the real you – is the soul, and it’s only good.

But the only way we can really release that good is if we connect ourselves firmly to God, and get Him involved in the process, preferably by talking to Him every single day.

Sadly, the secular Freud probably never knew about this authentic, original, and still the best Jewish ‘talking cure’ for all emotional and mental difficulties. If he did, maybe modern psychology would have fulfilled its touted potential for transforming the world, and healing the human psyche, once and for all.