Debunking the ‘Myth of the Cultural Jew’

From time immemorial, Jews have been concerned with the question of Jewish survival. Much ink has been spilled about the demise of Judaism and the Jewish community, alt-hough the tradition has remarkably had enormous staying power. 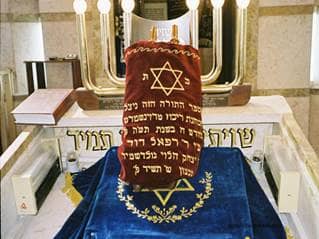 From time immemorial, Jews have been concerned with the question of Jewish survival. Much ink has been spilled about the demise of Judaism and the Jewish community, alt-hough the tradition has remarkably had enormous staying power. But in recent years, es-pecially since the 1990 National Jewish Population Study and the more recent Pew Re-search Center study on American Jewry (2013), the issue of Jewish continuity—if not survival—has taken on much greater urgency.

In a new thought-provoking book, “The Myth of the Cultural Jew: Culture and Law in the Jewish Tradition,” Roberta Rosenthal Kwall not only provides a unique framework for gaining a deeper understanding of this complex matter, but also for gaining a deeper understanding of the evolution of halacha (Jewish law). Indeed, Kwall makes a major methodological contribution to the academic study of Jewish law and tradition. In the introduction, Kwall asserts that Jewish law and culture are not separate concepts, but are inextricably linked, with each having an influence on the other. Viewed from this nuanced perspective, she posits that Jewish law can best be understood through the prism of cultural analysis, which has recently gained greater currency in the world of secular legal studies. In contrast with more conventional legal analysis, this paradigm rejects the notion that law is objective and neutral, seeing law as the product of both precedent and larger historical and cultural forces, including existing power relationships in society. After laying this methodological foundation, Kwall devotes considerable space in the book to applying this analytical tool to the historical development of Jewish law. Kwall maintains that from biblical days until emancipation (the granting of equal rights to Jews in various European countries from 1791-1924), there have been two major patterns in the development of Jewish law.

On the one hand, during the earlier period, especially from Talmudic and post-Talmudic times, there was a top-down process involved, which was rooted in biblical sources and halacha, with rabbis playing a major role in the law-making process. On the other hand, a bottom-up process developed over time. This process is also rooted in classical sources and halacha, but is characterized by a much broader human dimension, with the practices or customs of laypeople being incorporated into the development of Jewish law. That practice was eventually tolerated by rabbinic authorities. While the top-down process sees Jewish law in narrow and traditional terms, the bottom-up process does so in a much more pluralistic and expansive way, even though it closely stays within the boundaries of Jewish tradition. Kwall argues that the development of Jewish law, however, dramatically changed with emancipation and the Enlightenment, when Jews became more active participants in the wider European societies they called home. The shifting sands of history gave rise to the contemporary Orthodox, Conservative, and Reform denominations, with their divergent outlooks on Jewish law’s binding nature or openness to change. Through this analysis, Kwall shows that the process of law-making today has more of a top-down and bottom-up flavor to it, with rabbis and laypeople involved, both of whom are influenced by broader developments in society. But her analysis also persuasively shows that from a cultural analysis perspective, a strong human element exists in the making and content of Jewish law, based largely—although not exclusively—on prevail-ing power relationships. As a result, there is greater room for innovation in halacha than one would derive from a more traditional reading of Jewish texts. This is not just a theoretical matter.

Rather, Kwall’s analysis has great practical signifi-cance. Take, for example, the way in which the denominations, particularly the Reform and Conservative movements, recently addressed the controversial topics of homosexual-ity and women’s participation in synagogue life. Drawing on classical and broader social and cultural sources, the author indicates that the movements reinterpreted Jewish law in a flexible, humane, and compassionate way to provide greater space for homosexuals and women to participate in synagogue rituals. Interestingly, Kwall notes that there even seems to be some willingness in more liberal circles of the Orthodox community to try to find a way to resolve such complex and emotionally charged issues, reinforcing the notion that Jewish law has the potential of being applied in a more expansive and inclusive way, while still preserving tradition’s core. Kwall’s cultural-analysis framework not only provides valuable insights into the devel-opment of Jewish law, but also a lens through which to examine the issue of Jewish con-tinuity and survival in the United States.

Like other observers of the American Jewish landscape, Kwall indicates that the content of Jewish identity for a majority of U.S. Jews is not shaped by halacha. Instead, it is largely informed by Jewish cultural and political influences. But in tying together her earlier analysis of the development of Jewish law with the ques-tion of Jewish continuity and survival, Kwall asserts the myth of the cultural Jew: that from a cultural-analysis perspective, Jewish culture and law are not separate spheres, but inextricably connected. Indeed, this means that the primary cultural “markers” of Ameri-can Jewish identity today have a clear basis in Jewish tradition, although most Jews in the U.S. are unaware of this connection. Therefore, the challenge of the future involves grounding these cultural influences more explicitly and deeply in halacha and Jewish tra-dition so that Jewish identity in America has more substantive content.

This is necessary because Jewish culture alone is insufficient for guaranteeing Jewish survival. It also means informing non-Orthodox American Jews that many of the Jewish cultural practices they are actively engaged in are actually rooted in Jewish tradition. Kwall suggests the teaching of aggadah—which includes the vast body of Jewish law, literature, and folk wisdom—as a basis for moving forward. In making this recommenda-tion, she understands that much more thinking needs to be done to determine the best way to educate American Jews about their heritage.

Her idea serves as a basis for sparking further debate on the effective manner in which strengthening the content of Jewish identity in the U.S. could be achieved—and what that content should encapsulate. To push Kwall’s analysis further, one could argue that the future shape of Jewish identity should be grounded not only in Jewish tradition, but also more firmly in the American experience. What’s more, the content of such identity must be positive, compelling, and meaningful, or American Jews will turn elsewhere for spiritual guidance. Jewish identity needs to be communicated in an appealing and understandable way.

To be sustainable, it must be actively affirmed and linked to community, to some kind of ritual or religious observance, and to Israel as the embodiment of Jewish peoplehood.

Undoubtedly, Kwall understands the need to move in this direction, although one wishes she explored the im-plications of this process in her discussion of proposed steps for the future. In the meantime, the stakes of this debate are very high. Even though anti-Semitism re-mains a problem in the U.S., a far greater challenge today is growing assimilation. Ironi-cally, American society—unlike Europe—is not plagued with overwhelming Jew-hatred. Rather, the fact that the U.S. is perhaps too open and welcoming makes it easy for Amer-ica’s Jews to shed their particularistic Jewish identities. Therefore, Kwall’s book deserves careful attention as we seek to transmit the beauty and richness of Jewish tradition to the next generation, and to enhance the quality of American Jewish life.
Dr. Richard D. Zelin writes for JNS.org and is a frequent contributor to Chicago ’ s JUF News and has served in senior Jewish communal positions in the Chicago area.