Elicia Brown, a columnist for The New York Jewish Week, on how to make your own Purim baskets. 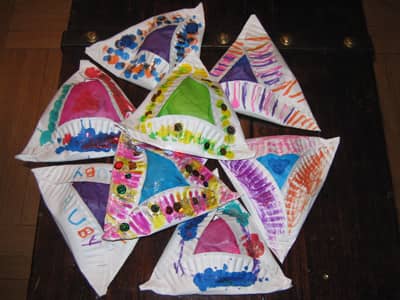 Purim, the festive holiday celebrating Jewish triumph over oppression in ancient Persia, makes few demands on Jewish celebrants. Among the few commandments? Send Purim baskets, the packages of food known in Hebrew as shalach manot. The practice derives from The Book of Esther, which tells the story of Purim and describes how the holiday should be celebrated.

Here's quick and easy guide to making your own Purim baskets.

Elicia Brown is a freelance writer in New York. She also has a monthly column in The New York Jewish Week. 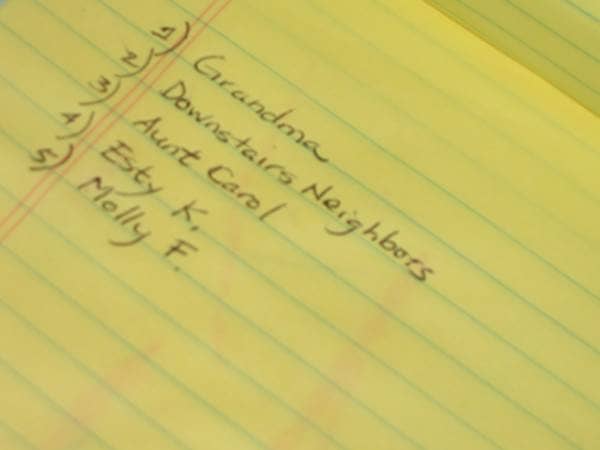 Before you really delve into the project, you’ll probably want to draw up a list of recipients. According to Jewish law, you need to only send a Purim basket to one person, though most people include a host of friends, neighbors and family members — and maybe even a few adversaries too. 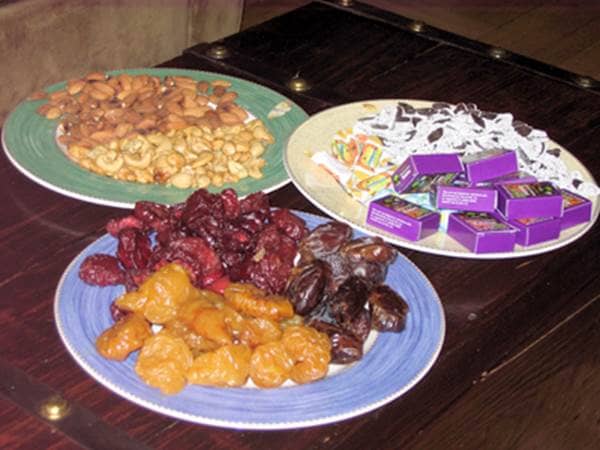 Tradition dictates that you include at least two items of foods in the Purim basket. In our house, we tend to gravitate toward our favorite snacks: dried fruits, nuts, chocolate and, of course, the famous cookie of Purim, the hamantaschen. 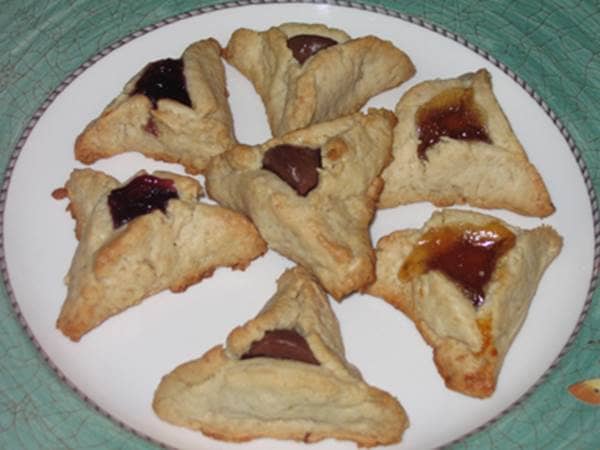 No one knows for sure how the hamantaschen earned its place at the Purim table. According to one popular legend, the triangular shape recalls Haman’s hat. In any case, the cookies can be found on sale at many bakeries year round, and are more widely available as Purim nears. They can also be baked at home, following one of the many recipes found online or in Jewish cookbooks. 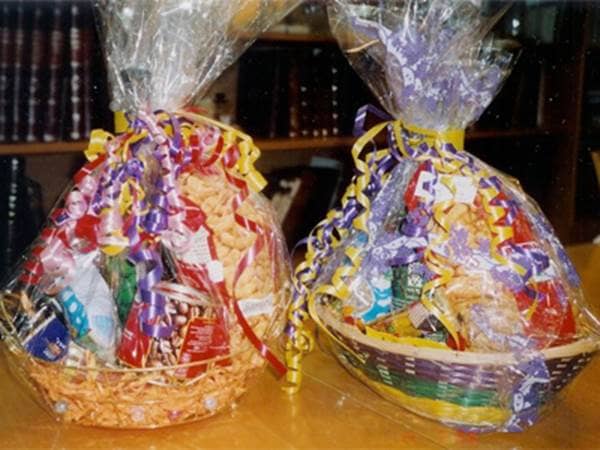 Many Shapes and Sizes

“Purim baskets” may be a misnomer. Perhaps the popular Easter baskets of spring influenced this translation. Often, shalach manot does not include a basket of any kind. Some families fill a shopping bag with food. Others wrap paper plates with colored cellophane. Others arrange their items in homemade boxes. In our tradition —one inspired by a gift I received long ago from a college friend — we create packages that resemble giant hamantaschen. 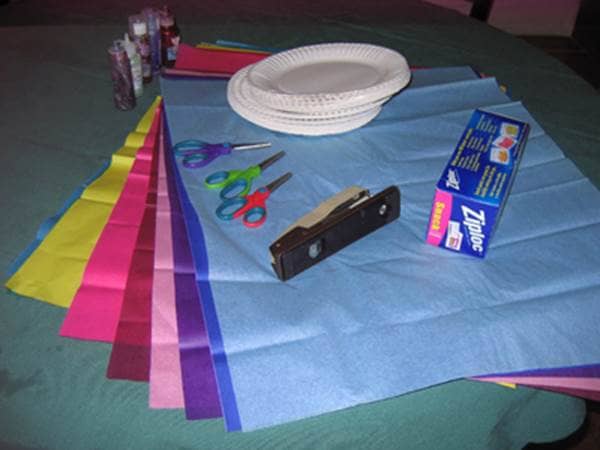 To make the package, you need to assemble a few materials: snack-sized ziplock bags, white paper plates (the cheap ones work best as they fold easily); colored tissue paper; scissors and some tools for decorating such as markers and glitter glue. 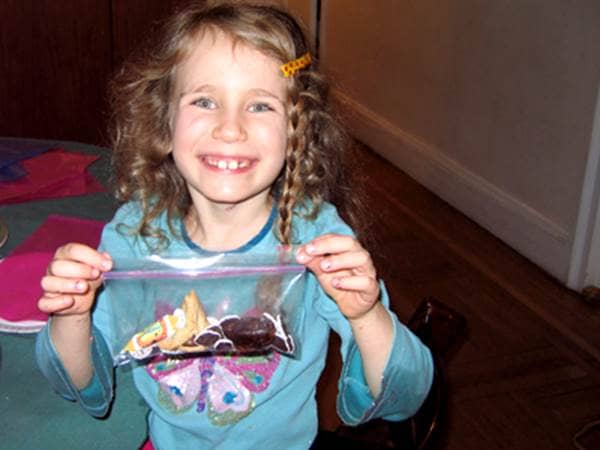 Bag It; Wrap It

Before you invite the participants to the table, cut the colored tissue paper into squares of approximately 12 inches on each side. Arrange the food in the center of the table for easy access. Then give each child or adult participant a small bag to fill — and begin! It is best not to overstuff the bag. Participants should then wrap the filled bag with the colored tissue paper of choice, and place the small bundle in the center of the paper plate. 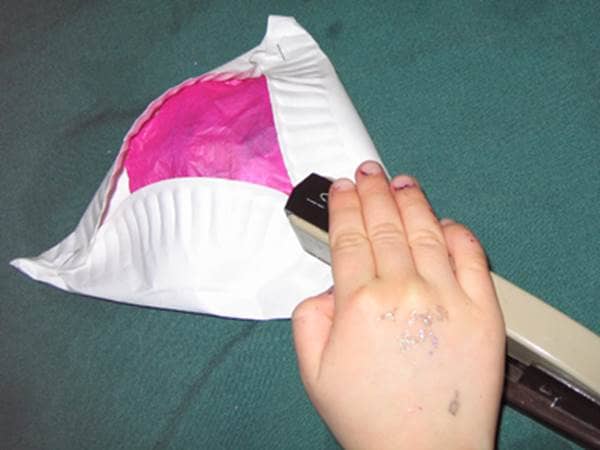 Fold up the three sides of the plate to create a triangle. The process is similar to the one used in making hamantaschen, except that a staple rather than sticky dough holds the edges together. The wrapped bag forms the center. 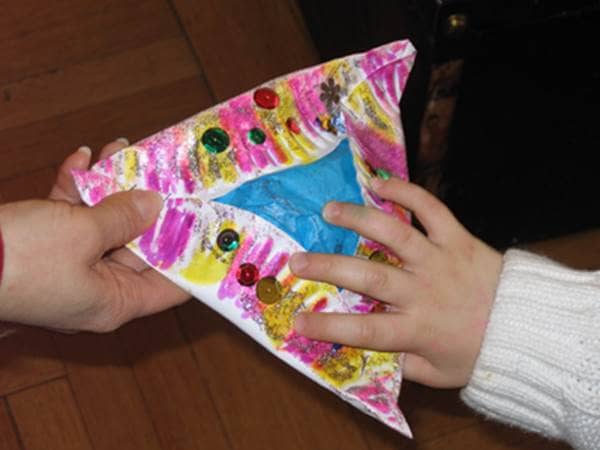 Next, decorate your product with glitter glue, pom poms, ribbons or whatever else lies in your art supply collection. You name it, it’s adorned to one of our packages in the decade we’ve been creating them. You might also write the recipient’s name on the back, along with wishes for a Happy Purim.

Finally, it’s time to deliver the goods. It is customary to drop them off at friends’ homes on Purim day. Some rabbis say it is better to involve a third party in the delivery of the Purim basket, sending your children as messengers for example. But it is certainly not wrong to do it yourself. 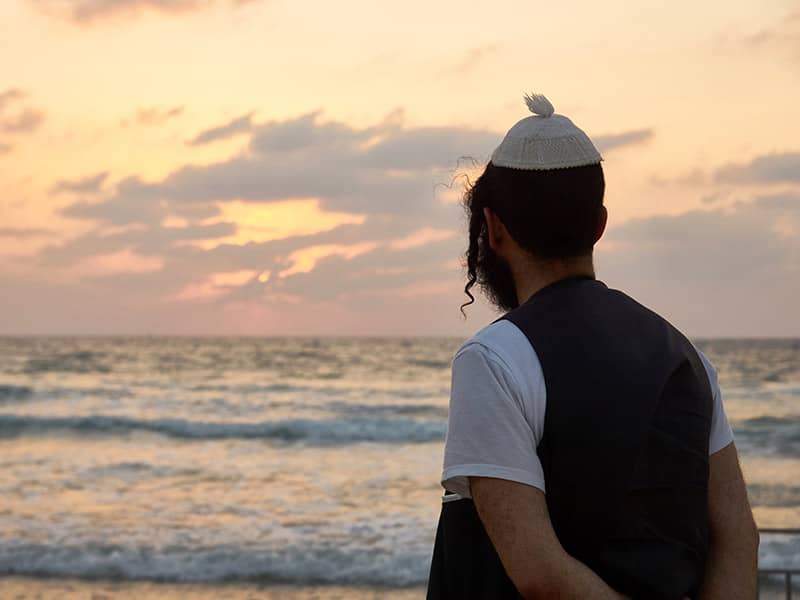 More from beliefnet and our partners
Add some inspiration to your inbox.
Sign up for Beliefnet's Jewish Wisdom newsletter.
From time to time you will also receive Special Offers from our partners
Beliefnet Editor