If we think of "Thou shalt not kill" as a Christian commandment for nonviolence, that's only the beginning of the word. 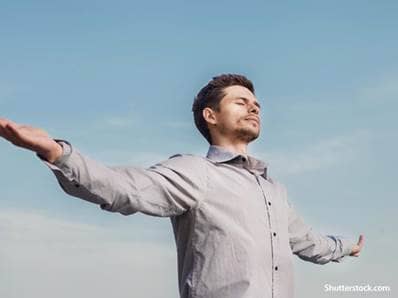 Mahatma Gandhi has been an inspiration all my life - not only because of his practice of truth and nonviolence, but because he struggled with his fears and agonized over his limiting beliefs to learn to practice them. He was an incorrigible idealist, but a thoroughly practical one. He never blindly followed any concept or principle, but wasn't afraid to experiment, ask questions, or go against the flow. His experiments were initially his own individual ones, but as he grew older and gained confidence, they became more and more public and for political purposes.

Gandhi's tenets of truth and nonviolence became his life's messages. Nonviolence, especially, was the cornerstone to achieving India's independence without war and bloodshed. It was such a powerful message that it inspired Martin Luther King, Nelson Mandela, John Lennon, and many others, including Barack Obama most recently.

If we think of "Thou shalt not kill" as a Christian commandment for nonviolence, that's only the beginning of the word. Many religions have some form of nonviolence as one of their commandments: "Love thy neighbor as thyself" in Judaism, "Slay not the life that God has made sacred" for Muslims, "Right acts include abstaining from taking life, from stealing, and from lechery" for Buddhists, and "See all beings as your own self" for Hindus.

However, Jainism takes the practice of Ahimsa (nonviolence) to a whole another level. Ahimsa in Sanskrit means non-injury. But Jains don't merely mean physical injury to human beings, but also abstaining from injury to ALL living beings including plants and microorganisms, and most importantly to one's own Self. So doing anything to disturb nature's balance is construed as Himsa (violence) - this includes polluting the atmosphere with injurious thoughts, passions, desires, and intentions.

When we can understand that anything we do, think or speak will all come back to ourselves in the form of the same energy that we put out, it is simple to understand Jainism's message. The world is a reflection of who we are. What we give out is what we get back. This is what inspired Gandhi to spread peace and non-violence. He believed it, experimented with it, and proved that it worked. He developed Satyagraha (meaning "the force of truth") as a means to passively resist violence, essentially making it his only weapon. He used Satyagraha over and over again in his political battles until he honed it to perfection, and ultimately won India its Independence from British rule.

In his own life, Gandhi only wore simple white clothes, became a vegan before the word was coined, never carried a weapon, walked everywhere, and practiced celibacy in his later life. Although he was a radical and a revolutionary who wasn't afraid to demand drastic social, political and economic changes in India and the world, he remained a spiritual seeker at heart. So even though Gandhi was a Hindu by birth, his ideals and philosophy were deeply influenced by Jainism in practice.

Saiisha is a Meditation for Life coach, and uses ancient Vedic practices and techniques that are essentially relevant in this fast paced modern world. Take her Marga Quiz to answer this big life-question for yourself: "What is Your Spiritual Path?"