What Should You Expect on Mawild an Nabi?

No matter where Mawlid an Nabi is celebrated the Muslims focus on remembering the prophet and recognize the forgiveness that he gave to even his most bitter enemies. 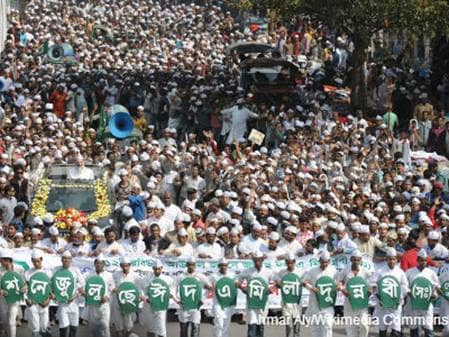 Most denominations of Islam commemorate Muhammad’s birthday with the celebration of Mawlid an Nabi who entered the world in 570. In most Muslim majority countries, Mawlid is recognized as a national holiday. The celebration of his birthday was initiated by the Fatimads and the Ottomans declared it an official holiday in 1588. The term Mawlid is used in Egypt as the generic term for the birthday celebrations of other historical religious figures.

During the observance many participants engage in fasting, public processions, religious singing, family and other social gatherings, decoration of streets and homes, and festivals. Many countries celebrate the holiday in a carnival manner with large street processions. Residents and mosques decorate for the occasion. Charity and food is distributed amongst the people and the stories about the life Muhammad are shared amongst the society. The ultimate goal, for everyone, is to express genuine love for Muhammad.

During the ceremonies chapters are recited about the story of Muhammad’s life. Some of the most popular chapters are: The Ancestors of Muhammad, The Conception of Muhammad, The Birth of Muhammad, Introduction of Halima, Life of Young Muhammad in Bedouins, Muhammad’s orphan hood, Abu Talib’s nephew’s first caravan trip, Arrangement of Marriage between Muhammad and Khadija, Al-Isra’, Al-Mi’radj, Al-Hira, the first converts to Islam, the Hijra, and Muhammad’s death.

During Pakistan's Mawlid the national flag is hoisted on all public buildings and a 31-gun salute in Islamabad, capital of Pakistan, and a 21-gun salute at the provincial capitals are fired at dawn. The public and private building are illuminated with lights. The cinemas show religious films on 11th and 12th Rabi-ul-Awwal. Hundreds of thousands of people gather at Minar-e-Pakistan in Lahore between the intervening night of 11th and 12th Rabi' al-awwal for Mawlid celebrations - this is the world’s biggest gathering to celebrate Mawlid.

The tradition of year round celebration of Eid Milad-un-Nabi is also observed. The A Na`at hymns that specifically praises Muhammad. The practice is very popular in South Asia.

No matter where the holiday is celebrated the Muslims focus on remembering the prophet and recognize the forgiveness that he gave to even his most bitter enemies. Muhammad always urged his followers not to make a big deal out of his birthday – which is why some Muslims do not consider the day a holiday at all.