The Future of Islam

There will always be people who don't understand, who are fueled by hatred, racism and bigotry. The future of Islam depends on Muslims deciding whether we will be fueled by examples of hope or examples of hatred. 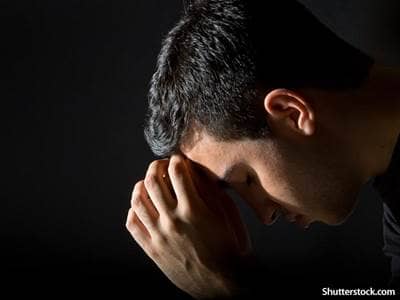 I live in New York city, the borough of Manhattan to be precise.

My religion mandates that I pray during 5 separate windows of time every day. Those times are determined based off of a cyclical pattern of the sun.

I was once eating dinner at a restaurant in Times Square when one of the prayer times came in that had a uniquely short amount of time to be performed in given the time of year it was and how short the days were. I excused myself from dinner, letting my friends know I needed to pray, and did my best to find a quiet place where I could for a few moments in the busiest and loudest part of New York City recenter and reflect. I was lucky enough to find a somewhat empty place outside of the restaurant and so I started to pray there on the sidewalk. Immediately after I started a tour bus filled with people pulled up in front of me and emptied itself to my prostrating with M&M World behind me. As I stared at the ground more intently than I've ever before, I felt their stares on me and a growing discomfort inside of me.

I live in a city that has more diversity than most places in the world - a city that has a rich tapestry of cultures and creeds lining its foundations. But diversity is only an achievement if it leads to a pluralism that acknowledges, accepts, and embraces both similarities and differences. A pluralism in which the most underserved and underprivileged are given the highest consideration and level of thoughtfulness instead of being written off by a stereotype that boxes them into one single variable of their identity.

As I tried to focus on my prayer, I heard whispers and wonder from the people getting off the bus. Amidst their conversations, an elderly woman from their group took a step towards me and where I was praying. When she got to my side, she took a look at the ground and then bent down in front of me for a moment and then walked away taking the rest of her group with her. She left in front of me a scarf that was wrapped around her neck so that I would have something cleaner than the NYC sidewalk to pray on. I don't even know what this woman looked like but I can tell you she is one of the most beautiful people that I've been blessed to have present and learn from in my life.

There will always be people who don't understand, who are fueled by hatred, racism and bigotry. The future of Islam depends on Muslims deciding whether we will be fueled by examples of hope or examples of hatred. Around me I see many who are doing more of the former than the latter, and finding in turn a courageous voice that is both speech and action.

The future of Islam to me is Linda Sarsour, a Brooklynite at heart who is poised to be one of the greatest Muslim leaders in the United States. Her passion, commitment and dedication to social justice for all people is remarkable and inspiring. Her recent march from NYC to Washington DC to raise awareness around the #BlackLivesMatter campaign is just one of many examples of her leadership.

The future of Islam to me is Zaytuna College, the United States first accredited Muslim College, helping to shape and build a generation of leaders that will add to the foundation of what we have today.

The future of Islam to me is Shaykh Abdullah Bin Bayyah, a respected figure and scholar across Muslim communities who consistently calls for peace, compassion, and tolerance and is a critical thinker and intellectual voice on the relationship of Islam and Modernity.

The future of Islam to me is one that recognizes and respects the tradition and past that it finds its roots in while understanding the needs and realities it lives in today. It appreciates ideas of continuity and change and looks to build a better existence for humanity on a whole. It doesn't live in reaction to the worse stereotypes that people have of it. It no longer simply says "I am not violent, I am not a terrorist, I am not oppressive to women." It no longer simply says what it is not, but it says what it is. It lives what it is and meets the discrimination of people by indiscriminately providing and helping everyone and anyone without condition and qualification. And not in response to the small-minded and bigoted, but simply because the purpose of Islam since its onset has been and continues to be to increase benefit and reduce detriment.

The future of Islam to me is every young man and woman that I am blessed to meet in the work that I do. Every ally and partner that I have been blessed to stand with and follow. Every person who is able to find a value within themselves and in turn use that same perspective to find value in those around them. Every one that realizes the importance of their individual narrative as well learning the narrative of those around them.

Life can be hard and cause a lot of damage. We are the tools needed to help heal each other. All of us. Not just some of us, including me and you.
Imam Khalid Latif is the Executive Director and Chaplain of the Islamic Center at New York University.