There are a lot of misunderstandings between Christians and Muslims. But, I fully believe there is a way to share love and respect with each other. 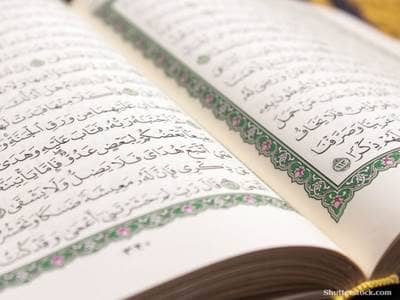 When I was a young boy growing up in Pakistan, I was surrounded by every comfort for which anyone could ask. That is one of the benefits of belonging to a prominent Shia Muslim family. What I understand now that I didn’t back then is that what is accepted by the masses isn’t necessarily all that there is. At least it wasn’t for me.

I had no doubt that my family loved me, and I knew that there were great things in store for me as a leader in our community, especially if I could strive to just be a good Muslim. I loved Islam and everything it taught me. But there was always something else tugging at me on which I couldn’t put a finger.

Islam is a religion that calls for respect and devotion. I admire those who passionately put their faith first, making sure to closely follow the pillars of Islam. I also admire the faith of those who claim Christ as their savior, and go about sharing His message of love and forgiveness through grace, in spite of the danger they willingly place themselves in. There is no doubt that there are those on both sides that fiercely protect and defend what they know to be true. And as history has shown, that debate can lead to misunderstandings, which often produces horrific repercussions.

After my experience with Jesus, in which He spoke to me through dreams and visions, and promised me that He had more in store for my life, I came to discover that there are things about Him that answered questions about life that I just couldn’t find an answer for in Islam.

There are a lot of misunderstandings between Christians and Muslims. What I know to be true, a lot of people, including some of my own family, dismiss. But, I fully believe there is a way to share love and respect with each other.

There's no doubt that Christians are called to show love to everyone (John 12:32 - "And I, when I am lifted up from the earth, will draw all people to myself.") As a result I feel called to return to Pakistan and share Christ’s love with the people of that country.

Even though I was chased out of Pakistan as a teenager because of my decision to follow Jesus, I want to return despite the fatwa on my life. I want to tell people that Christians are not to be feared. I want to share with them the love of Jesus. As evidence of that love, I plan to open a medical facility to help take care of the poor – something both Islam and Christianity ask us to do.

It is through that facility that I want to share what Christ has done in my life. I will no doubt be in constant danger for sharing my beliefs in a country that deems Christianity heresy. However, it is worth it to me to share what I have experienced with people who may be hurting and searching for something more in their lives.

Most Muslims you might meet are indeed good people, searching daily how to please Allah, take care of their families and serve their community. There are those who take it to the extreme, but then again there are also those who claim to be Christians, who have done just as much harm.

There is no Disney ending to the story of Muslims becoming Christians. There is always a cost. My story is complicated and messy and I struggled for a long time to come to terms with the loss of religious, cultural and family identity. But the cost is always worth it – and it creates a unique role for the Church to play in providing former Muslim believers with a loving, long-term community.

Ali Husnain (name changed for security reasons) had it all – prestige, security, wealth, social status. But when he made a life-altering choice to follow Jesus, he went from a typical teenager to a terrorist target overnight. "The Cost," releasing from Zondervan on March 8, 2016, is Ali’s riveting and remarkable journey of leaving everything behind to follow the one thing he knew to be true. Website: https://the-cost.squarespace.com/home