Efforts are being made to promote peace and humanity, but more needs to be done to restore the Muslim image. 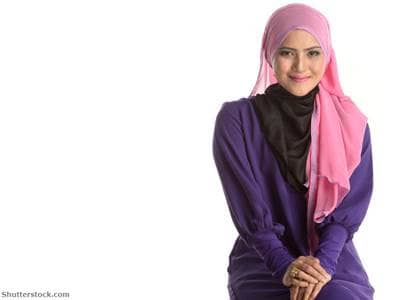 Efforts are being made everywhere in the world to promote peace and harmony, but people, generally, are neither enjoying peace nor harmony. There are sufferings all over the world, mainly because of the evil wave of terrorism that has invaded almost every part of the world. Terrorists are growing by leaps and bounds, and are from various faiths, but most of them are so-called Muslims, who in reality are neither Muslims nor in the category of human beings – they are ‘humanimals’. They have maligned the peaceful religion of Islam; no wonder the term ‘Islamophobia” has been coined. The result of their acts of terrorism not only affect non-Muslims but play havoc with right-minded Muslims, who faithfully follow the dictates of Quran and the sayings of the Prophet Muhammad. The terrorists (ISIS, AL-Quada and some other groups) indulge in mass killings and destructions in many countries and cause untold sufferings. Are these the doings of Muslims, or those whose minds have been washed by the insane ideology of a sect of extremists who have become fanatics? Peace loving Muslims are now generally looked down upon by the peoples of other faiths and hated and assaulted whenever a terrorist organization strikes. Is this the fate of followers of Islam?

If we look at Islamic history, we will find that after the conquest of Mecca in 630 AD, the force of Islam began to loom all over Arabia and the true spirit of Islam prevailed in the hearts of fast-growing followers. Prophet Muhammad (PBUH) preached peace and harmony, and emphasized that peoples of the book (Muslims, Christians, Jews and all others who believed in one God) were believers and as such should remain at peace with one another, tied in brotherhood and love. Besides, religion, he taught the Muslims basic human values, such as piety, compassion, kindness, sacrifice, unity and the pursuit of education and knowledge. He urged them to imbibe in their character all that was noble. He pointed out that the true jihad (jihad-e-Akbar) is the war against one’s evil intentions and desires, and the other jihad (jihad-e-Asgher) is a war against those who attack Islam and Muslim territories. Thus in all the wars that were fought in his time, the motive was to defend Islam.

After the death of the Prophet in 632AD, the first four caliphs and the true followers of the Faith in the later years kept the spirit of the religion alive. But then gradually baser elements began to surface. Political intrigues, corruptions, wars among Muslims, bloodshed and greed for power all raised their ugly heads.

The later caliphs and governors, with the exception of few like Omar II, were more interested in expanding their empire than following Islamic values. They were great fighters and conquerors and so Islamic Empire began to swell. Iberian Peninsula, North Africa, Syria, Iraq, Egypt, Persia and Central Asia – a major portion of the globe – came under their control. But the piety, sense of justice and universal love were being replaced by a love of luxury, greed for power, corruption and voluptuous living. And so, some of the great values of Islam were lost.

The Empire, which had risen to the peak of power, and cultural splendor, which was the center of enormous wealth, learning, commerce, medical, architectural and scientific achievements, unfortunately began to harbor vice, crime and corruption. The rulers donned the garb of kings and emperors, living in palatial mansions with harems full of women, treating common people like slaves, overlooking the benefits of general education and sharpening their swords. People were fast relapsing into the evils of pre-Islamic age of ignorance. Naturally, the Empire slowly began to crumple.

Rise of the West

The people and leaders of the West, on the other hand, started waking up from their deep slumber which they were enjoying at the time of Muslim conquest and progress. The lamp of learning which Muslim philosophers, scientists and writer had lit could not illuminate its own people, but sparked the western mind. Taking rapid strides, western forces began to defeat Muslims and occupy their territories. They progressed in all fields of science, technology and general learning, leaving Muslims far behind.

Muslims in the Mist of Confusion

Shocked by the downfall, Muslims got enshrouded in the mist of confusion and despair. They desperately needed guidance and a strategy to rise again. They failed to interpret the true message contained in Quran and hadith (saying of the prophet) and faltered from the correct path. They divided into many sects with beliefs and ideology of their own and fell apart. The West took advantage of this disunity and further subdued the Muslims. Colonization began.

In generations that followed, Muslims did produce some pious saints, Mullahs, brilliant scholars and scientists, revolutionary thinkers and writers who made big contributions in improving the society and goading it towards progress, keeping the flame of Islam lit, but the suffering still continued.

In Islamic society mullahs have always played a forceful role, because the power of Islam springs from mosques and religious organizations. Muslims, as a rule, listen to their religious leaders and frame their lives according to their guidance. Though there are some very noble and right-thinking mullahs who always preach peace and brotherhood, few mullahs mislead the people. They give their own interpretations of Quran, sow seeds of hatred towards those belonging to other sects of Muslims or other religions. Some incite acts of violence and create general unrest. In such an atmosphere it is obvious that development gets stunted and people get confused, disunited and even violent. Today, there are some 1.7 billion Muslims in the world and more than fifty Muslim nations. Almost all these nations are called third world countries, and they depend on foreign help for their very survival.

Confused and unable to fight foreign influence, some so-called Muslim groups like ISIS, Al-Quaida, Boko Haram, and Hamas use the means of violence, terror, mass killings and destruction of properties and suicide bombings that as a matter of fact lead them nowhere, but create general insecurity and loss of innocent lives, besides scarring the true Muslim image.

This then is the image of a Muslim in the west, only because of the deeds of a few extremists and misguided groups. The image must change, sooner the better. This can only happen if Muslims realize their plight, create a unity among themselves, try to make the radical groups understand their folly, get proper and systematic education, embrace true Islamic values and work for the betterment of mankind.

Role of the West

In the interest of world peace and progress, all western leaders would do well to show more understanding and consideration towards Muslim countries, particularly those ravaged by wars and internal conflicts, help them ease their sufferings and extend a little more cooperation and goodwill. It is heartening to note that US President Obama is doing just that. Super power remains a super power only when it lifts mankind higher.

Though Muslims have erred, as all nations err sometimes, all is not lost. There are still some dedicated persons from all walks of life who are tirelessly involved to restore the tarnished image. There are some great Islamic societies and institutes particularly in the West which are having a positive and powerful impact on Muslims and non-Muslims.

Muslims fortunately have a new inspired younger generation in many countries, educated and technologically advanced. The generation is morally sound, mentally positive, which denounce violence and prefer negotiations and dialog to redress the grievances of Muslims and achieve universal peace. This new generation will hopefully produce leaders and rulers who preach peace, love and brotherhood, instigate people to develop compassion and kindness and work for the betterment of their countries. With a fair sense of justice they would look after the welfare of their people and keep the machinery of progress running, at the same time extending their hands in cooperation and friendship with other countries. It is then that the true Muslim image will be restored.
By Rafiq Ebrahim