Aziz discusses the debate about celebrating the Prophet's birthday. 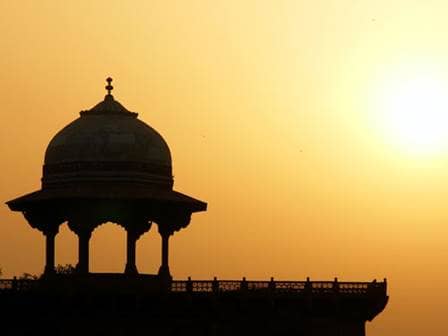 Like hundreds of millions of muslims worldwide, I honored the Prophet Mohammed SAW last week, finding the anniversary of his birth (by most authoritative sources, 12 Rabi ul Awwal) a time to reflect on my love for him as the Messenger of Islam.

Is it controversial to celebrate the milad (birthday) of the Prophet of Islam SAW? It may surprise non-muslims that the celebration of Milad al Nabi is indeed a matter of dispute; a thread at Talk Islam provides a nice summary. Unfortunately, some muslims take this disagreement to extremes – using it to dabble in anti-semitic and anti-Shi’a prejudices and even resulting in violence against people in milad processions.

The debate about celebrating milad is indicative of a broader theological dispute within Islam that is centuries old. The root issue is whether the legitimacy of Islamic practices is a top-down or bottom-up process. The bottom-up argument goes like this:

“Practice X is performed by millions of muslims and has been for centuries, therefore there is validity to it.”

Now, the top-down rebuttal to this is:

Note that the top-down line of thought implicitly lays claim to the authority to define what is bid’a or wrong.

The problem is that no practice is performed in a vacuum. Something that millions of muslims have done for centuries is also something that has inevitably been discussed by ulema and authorities for the same length of time. The legitimacy of these practices is the pre-requisite for its popularity; that popularity is not a sufficient defense, but it is sufficient evidence that a robust defense exists.

Were it not so, and the practice in question truly bid’a or outright wrong, then an airtight case on the merits would long ago have been presented which refuted it.

The rejoinder to my case above is to invoke alcohol as an analogy. “Millions of muslims drink and have been drinking for centuries, and that is clearly in violation of shari’a” goes the argument, “are you saying that drinking alcohol is validated by the precedent?”

Of course not. And a diligent reader will already note the flaw in the analogy, but let’s spell it out anyway. No muslim who drinks alcohol attempts to argue that there is merit in this act, or tries to defend the act within the context of Islam. There is no debate whatsoever about whether alcohol is permitted. There is no defense of alcohol as fostering piety or virtue of any kind. The debate over practices such as milad, in contrast, is not about something expressly forbidden, but about a pious action which is not expressly permitted.

The fundamental truth is that the diversity of the Ummah manifests itself in very human ways. Even accounting for all that is expressly forbidden in Shari’a, there is infinite space for cultural practice within Islam.

The doctrine against bid’a is misused as a sweeping legalistic injunction when it fact is limited in scope to the Deen itself. Those who seek to impose their views of what Islam should be, often implicitly admit by their actions that they are misusing bid’a itself, because their arguments are always accompanied by secondary attempts at delegitimizing the behavior they seek to forbid, such as ascribing the practice to Jews, or attempting to undermine the validity of other madhabs. For an example, see an essay series by Yasir Qadhi at Muslim Matters against observance of milad, which ostensibly sets out to be a dispassionate historical analysis of mawlid celebrations but then can’t help blaming Shi’a and Sufis in a classic guilt-by-association and delegitimization ploy.

It is indeed a fact that there is disagreement among Muslims of different madhabs as to which hadith to follow, who the descendants of the Prophet SAW are, and other general matters relating to how authority is defined. But that disagreement often strays into takfir; the accusation of heresy against Islam itself. Takfir is rarely invoked explicitly, but instead exists as an undercurrent of implication (though Yasir Qadhi barely suppresses his takfiri sentiments, especially when he talks about Ismailis). It’s an intellectually lazy tactic which fosters needless dispute between muslims and weakens the Ummah as a whole. It is sad to see so many ostensibly modern muslim intellectuals engage in it.

Fundamentally, both approaches are necessary in tandem. The bottom-up evolution of muslim practices in the social sphere is a necessary and inevitable outgrowth of human society. Muslims are men and women, not robots. And yet there is a need for a corrective action from the top to ensure that the organic growth of culture does not transgress across the lines defined by Deen and Sharia. The key to reconciling these seeming opposite forces is to acknowledge reason and choice; the muslim must choose for themselves who they accept as their authority, and must respect that choice made by other muslims.

In the sixth ayat (verse) of Surat al Kafirun (109:6), the Qur’an gives words to the muslim to speak to the unbelievers: “To you be your way, and me mine.” The primary audience here is those who do not believe in Islam. But there’s a philosophy therein which applies equally well to intra-muslim debates. We can disagree about the validity of mawlid, ziyarat, moonsighting, etc. But we must remember that ultimately, Islam is about our personal relationship to Allah, and no one else’s. And Allah knows best.

Related: the issue of forbidden acts versus acts not exxpressly permitted is akin in some ways to the debate over implied powers and the Tenth Amendment to the US Constitution and the “Elastic Clause“. These are invariably legalistic debates by their very nature, reliant on source texts and exegesis of Founders’/Creator’s intent.

To read more from Aziz, visit his blog City of Brass