Recently the ISNA made news by asking American mosques to be more inclusive of women and provide better conditions that give an experience that is suitable for men and women. 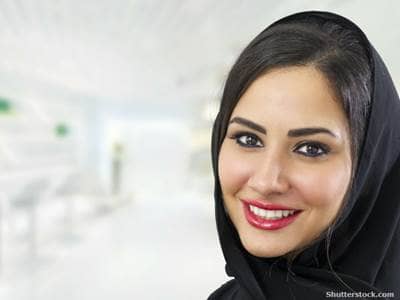 Even though we may live in the year 2015 where many movements and progress have taken place, it is still a known fact within the Muslim culture that mosques cater to a male experience. For years, Muslim activists have brought attention to the lack of women’s prayer spaces in mosques. In America, there is a mixture of circumstances where in some mosques there are suitable prayers halls for women while in other mosques women are guided to an overcrowded basement or asked to watch the service on a television.

Recently the Islamic Society of National America, the largest and oldest organization for Sunni Islam in North America, has made news by asking American mosques to make an effort to be more inclusive of women and provide better conditions that give an experience that is suitable for men and women.

In a statement made by the organization they utilized scripture from the Quran and the hadith to reinforce their request. A portion of the statement read: “The general guideline was set by Prophet Muhammad when he ordered that women be allowed to freely attend the masjid: “If the wife of anyone of you asks permission to attend the masjid, he should not prevent her” … Thus we call on all our masjids to be welcoming to women – such that their experience at the masjid be uplifting and not demeaning. To realize the ideal of being welcoming to women, masjids should (a) ensure that women’s accommodations are comfortable, clean and well-lit; (b) support and facilitate women’s activities and groups; and (c) proclaim clearly on the minibar [or pulpit] and by other means that women are an integral part of the masjid.”

This statement is a huge move in the right direction – especially for female Muslim activists who’ve been fighting for equality for several years. In addition ISNA’s statement called for women to have regular access to the main hall of mosques, and even insinuated that the physical barriers in the hallways separating men and women should be removed. According to the American Mosque Report, mosques reporting women’s participation at a board level were more likely to not utilize barriers or other forms of segregation.

While many Muslims are receptive and excited about the recent statement by ISNA they are also waiting to see if the words will impact the conditions and if any true change will take place. ISNA is working toward women-friendly mosques however due to many policies and opposing statements change has not been quickly implemented in the past.