Calling A Spade A Spade

Aamer Jamali examines whether or not the US Solider who recently opened fire on several Afghan civilians should be considered a terrorist. 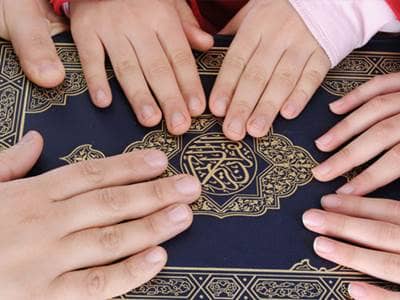 Recently, a US soldier in Afghanistan left his base at about 3 AM. He walked about half a mile to a nearby village, entered three different homes, and shot dead at least 16 Afghani civilians (at least twelve of whom were women and children). In the first home, where eleven of the victims were located, he gathered the bodies to burn them. He then returned to base and turned himself in to authorities. At the current time, his motives are unclear. Much information about the killings and the killer has not yet been released. What is known is that many of the victims were asleep at the time of the killings.

The US Government has issued a necessary but predictable statement of remorse, assuring that an investigation will soon be undertaken, and appropriate legal actions will be pursued (US soldiers in Afghanistan fall under US legal jurisdiction). The question remains, exactly what crime was committed here? Was this act part of the “fog of war” and thus representative of collateral damage? Perhaps the shooter is not guilty by reason of insanity, due to PTSD and a possible history of previous brain trauma? The killing may represent first degree murder (based on the premeditation inherent in walking a mile to the nearest town). But, intriguingly, the news media has yet to use the word “terrorism”.

The first two, more lenient, possibilities also seem the least likely to be successful. The shooter clearly had not been engaged actively by an enemy at the time of the shooting, and collateral damage can only be claimed if he had targeted a real or perceived enemy. The insanity defense is very likely to be used and is already being used in the media, where all sorts of excuses (ranging from stress to alcohol to a bad marriage) are being floated for his actions. It is interesting that these same excuses would be considered absolutely inadequate if the killings had occurred against an American town on American soil. However, this strategy is unlikely to succeed legally and politically, as the shooter clearly knew what he did was wrong (he immediately turned himself over to authorities), and because the government will want to show swift and severe judgment in order to avoid unrest and backlash.

The question then becomes, is this US soldier a terrorist? Here is a person who has targeted innocent civilians and killed them in cold blood. If his motivations were motivated by pure psychopathy then he is nothing more than a deranged cold blooded mass-murderer. If, however, his motivations included any element of religious or political ideology, then his actions must be considered an act of terrorism.

When Major Nidal Hasan (also a member of the US Military) opened fire at Fort Hood, he was immediately branded a terrorist. He had, after all, murdered innocents (sort of–members of the military industrial complex are considered reasonable targets by the Geneva Convention) and was motivated by political ideology. But, when Joseph Stack flew his plane into the IRS building (sound familiar?), clearly motivated by a political ideology, he was branded a deranged anti-government crusader and some Americans even considered him a hero. In fact, in an official statement “government officials were quick to rule out any involvement of terrorism in the incident.”

Let us hope that we have not devolved so much as a society as to believe that the definition of terrorism is inherently related to one’s own religion, or the nationality of the victims. While this seems clearly to be the case with the news media, the FBI official definition of terrorism includes no such reference: “the unlawful use of force and violence against persons or property to intimidate or coerce a government, the civilian population, or any segment thereof, in furtherance of political or social objectives” (28 C.F.R. Section 0.85)

While it is a major tenet of US law that the accused is innocent until proven guilty, it is a painful fact that if in fact our soldier was motivated by any religious or political objective then he has committed an act of terrorism. If we are to maintain consistency with our rule of law, not to mention any semblance of credibility in the global community, then we must have the strength to call a spade a spade.