Despite the problems in 2015, this Muslim wants change for the new year. 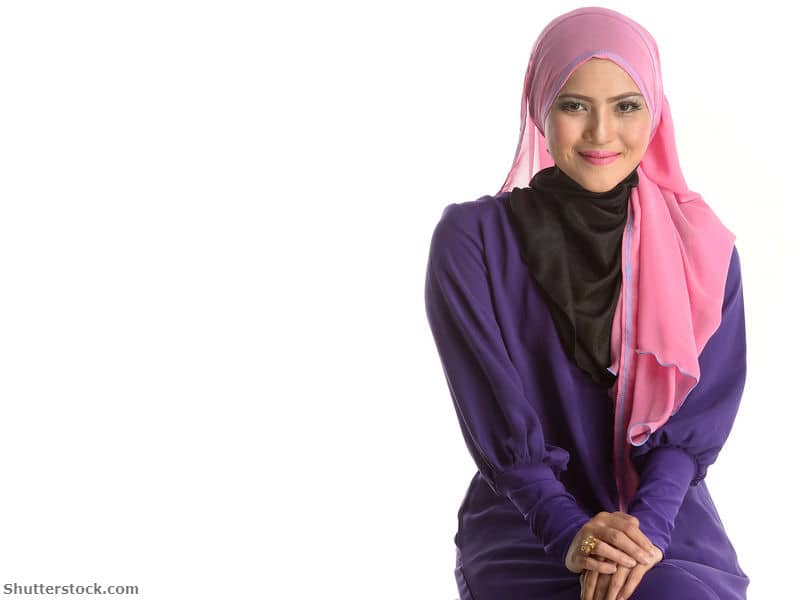 Have you ever made a wish that's come true -- because you made the wish? Until now, making a wish, whether at the sight of a shooting star or when blowing out the candle(s) on your birthday cake or when breaking a wishbone, has not yet been scientifically proven to actually work, as far as I know. Yet, in the spirit of hope, I am making 10 wishes at the beginning of the New Year. And as is always the case, as a Muslim, I speak on behalf of 1.5 billion people. So here goes...

1. People no longer confuse me with ISIS.

My name isn't ISIS. It's not even Islamic State. In fact, the words Islamic or State are not actually in my extended name. Nevertheless, time and time again, I keep getting requests to respond to the group's actions. I swear, ISIS or ISIL or IS -- none of them are in my family tree; they're not some distant cousins of mine. In 2016, I just want people to stop confusing me with ISIS. I really don't know what ISIS is thinking and why they do what they do. It's not like the State Department is asked for comment because of the State-to-State connection. As a postscript, can ISIS stop using the word Islamic?

Somewhere, along the way over the last couple of decades, Muslims started killing other Muslims for being Muslim in the wrong way, or at least took it to a whole new level. There's a whole ideology out there built around takfir or essentially "declaring Muslims as kufar or unbelievers" for failing an evermore peculiar litmus test. Imagine if death squads emerged killing Black people for not being Black enough. Originating in some of the philosophical exhortations by scholar Ibn Taymiyyah 700 years ago, the criteria by which you are deemed "takfir-ed" and permissible to be killed has reached insane if not idiosyncratic levels. It would be funny if the situation weren't so deadly. Even barbers were caught in the crosshairs and were being assassinated in Baghdad in the 2000s.

3. Death and destruction in the Muslim world have a timeout.

From Yemen to Iraq, Libya to Somalia, and from Afghanistan to far beyond, civil strife is rife in too many parts of what is defined as the Muslim world. Autocrats, militants, extremists and terrorists, don't care who they kill: men, women, children -- everyone is fair game. I wish this would stop. Into this toxic mix, the last thing needed is more killing coming into these countries from the outside; the 2003 invasion of Iraq proved that. I wonder if Russia will hear that message?

4. We all get comfortable with the "other."

What a difference it was in 2015 between Trudeau and Trump in the North American political cycle. The world needs more Trudeaus and less Trumps (Donalds that is). The fear of the "other" is starting to define Western politics and it is not just about Trump. The rise of right-wing political parties in Europe from Hungary to Denmark is a poignant reminder of the breadth of this phenomenon. Yet, outside the West this fear of the other also permeates and often dominates. In Turkey, we are seeing a renewed vilification of the Kurdish population. Further afield in Burma, the Rohingya are cast as outsiders. In Malaysia, Christians are prohibited from using the Arabic word for God. And, in nearby Brunei, Christmas was simply cancelled. In some of the war zones in the Middle East, Christians are on the verge of disappearing. The world would be a lot better off if we weren't so afraid of the bogeyman of the other.

5. The Muslim world deals with its taboos.

Speaking of an aversion to the non-orthodox, there's a whole set of taboos that many Muslim countries and societies need to start dealing with. A lot of them relate to sex. Sometimes the Muslim world acts like it has one big case of the cooties. There have been attempts by some to break through these restrictions. Wedad Lootah in the UAE comes to mind. Shereen El Feki's Sex and the Citadel is another. This is not an issue to take lightly, especially in societies where 60-70 percent of youth are under the age of 30. Bombarded by sexualized imagery from modern and digital media, these youth then live, essentially, in an austere second world that is their reality. More importantly and tragically, rape and sexual assault are simply not talked about; child abuse is an even worse curse hidden under the rug. Finally, at some point Muslim countries - and the clerical establishment -- will need to come to terms with the fact that gay Muslims exist.

6. Somewhere, over the rainbow, democracy and Islam go steady.

Let's be honest, a lot of people have tried to set up democracy with Islam for a relationship. Sometimes it has been a surprise blind date (e.g. Iraq in 2003). Other times, it was a relationship that grew from blind passion (e.g. the Arab world in 2011). Often, the sparks of love eventually turn into animus and things quickly go south. In the Arab world, Tunisia is carrying - with some fragility -- the banner of democracy. Many Muslim-majority countries that used to be counted as democracies now suffer from authoritarian syndromes (e.g. Turkey, Malaysia, and Bangladesh). In other cases, democracy in its infancy quickly devolved into score settling or majoritarian mafias (e.g. the Muslim Brotherhood in Egypt). Perhaps Indonesia, the world's most populous Muslim country is our hope that can breathe life into this wish.

7. Averroes comes back in style.

Averroes -- or Ibn Rushd -- was a man's man. He schooled his way into Raphael's The School of Athens. The polymath kept alive ancient Greek philosophy, paving the way for much of Europe's modern intellectual movements. Back in the day, in Andalusia, he was a big deal (Biden-style). And, why not? He vociferously argued for the co-existence of secular and religious thought in a posthumous debate with the Abbasid scholar Al Ghazali. Ultimately, Ibn Rushd lost the debate to the detriment of the Muslim world, but his arguments culminated with the work, The Incoherence of Incoherence, which I think would be a great riposte to all ISIS ideologues and their friends. If Ibn Taymiyyah came back, then let's bring Averroes back too.

8. Flying while Muslim is no longer a thing.

They say that flying while Muslim is the new driving while Black. I guess if you're a Black Muslim, this really sucks, especially if you drive to the airport for your flight. So my wish maybe can be two-pronged: getting rid of both 'driving while Black' as well as 'flying while Muslim.' What is flying while Muslim? Well, it often starts with a casual stare or two from across the way. A timid approach then ensues: "Excuse me sir." This is normally followed by a more forceful: "Please follow me." It can then get quite aggressive, with clothes falling by the wayside. It normally ends with your belongings in disarray, your belt on backwards, and you fast-walking without turning back in the hope that no one thinks twice about you boarding your flight. Oh, and don't watch the news while on the plane. I hate flying while Muslim.

Was 2015 the year of Trump? You have to hand it to Trump; he sure knows how to grab the spotlight. Unfortunately, he's used that spotlight to spew increasingly populist venom targeted at Muslims (and others). Maybe, we need to better appeal to Trump's core interest: beauty pageants. There are a few lists circulating online for potential Muslim contestants. Yet, I think we should make this a mipsters pageant and turn this whole thing on its head.

This Muslim (me) -- speaking on behalf of 1.5 billion people around the world -- has 10 wishes for 2016 but if only one of them came true it should be this one. No country has been more ravaged in recent memory than Syria. Hundreds of thousands have been killed as gangsters, terrorists, and dictators fight for supremacy. The surrounding region, instead of trying to promote a solution, has sent in weapons, fighters, and incitement. The world, instead of trying to mediate, has sought to settle old scores. All the while, the people in Syria live in lifeless limbo amidst daily death and destruction. If I had only one wish it would be that the violence in Syria would come to an end.

This wish list is non-exhaustive. I think I may have missed a few...

Originally appearing on The Huffington Post by Taufiq Rahim. Taufiq is a strategy adviser, political analyst and writer based in Dubai. He writes in a number of forums on the latest geopolitical trends, particularly those pertaining to the Muslim world.