6 Facts You Need to Know About Islam

Learn the context of the basic beliefs of Islam.

Islam is one of the world’s largest religions. With 1.6 billion followers, Islam is second in size only to Christianity and Islam’s large base of adherents is continuing to swell. Islam has worked to convert people since its founding, and the number of Muslims in the world is still growing. Given the ever-increasing odds of having a Muslim friend, coworker or family member, here are six things to know about Islam.

Islam is an Abrahamic Religion

Islam, Christianity and Judaism are known as the three Abrahamic religions. All three faiths trace their roots back to the story of Abraham, and both Islam and Judaism see Abraham as the founder of their religions. The holy books of both Judaism and Christianity trace their spiritual lineage back through Isaac, the son of Abraham’s wife, Sarah. Islam, however, follows the story of Ishmael, Abraham’s son by Sarah’s slave, Hagar. Muslims hold that Ishmael, Abraham’s firstborn, is the true heir of Abraham. That said, they do not dismiss the importance of Isaac to the greater story.

Abraham is not the only person that all three Abrahamic religions hold in high regard. Moses is seen to be incredibly important as well. Judaism, Christianity and Islam all recognize Moses as a great prophet and teacher. In Islam, Moses is classified as rasul, a great prophet who receives a text, set of laws or distinct revelation. He is the only prophet that God, called Allah in Islam, ever speaks to directly. Every other prophet receives dreams, visions or angelic visits.

Jesus is also seen as rasul in Islam. Moses brought the Torah and Jesus brought the Gospels to their respective peoples. Both texts are honored in Islam, and the Quran, Islam’s holy book, is seen as completing them. Interestingly, much of Jesus’ story is preserved in the Quran. For example, Jesus is born of the Virgin Mary, who is in her own right believed to be a prophet, and Jesus preaches the Gospels before being sentenced to death. The main differences between the Quran and the Bible are that Jesus is not the son of God and that He was not actually crucified. Instead, God spirited Jesus away before His death.

Muhammad is the Final Prophet

Muslims believe that Muhammad was the last prophet God will send. Muhammad is rasul like Moses and Jesus before him, but Muhammad is the “Seal of the Prophets” because God will not send another prophet before Judgment Day.

Muhammad is credited with transmitting the Quran to the people who would become the first Muslims and restoring the Ka’ba. The Ka’ba is at the center of the Hajj, the sacred pilgrimage all Muslims are called on to take. Muslims believe that the Ka’ba was built by Abraham but was later polluted by idols. Muhammad tore down the idols and restored the Ka’ba to its intended, pure state. For Muslims, seeing the Ka’ba in this life is a promise that they will see God’s face in the next.

Just as non-Christian writings attest to the existence of Jesus of Nazareth, so do non-Muslim writings attest to the life of Muhammad. Muhammad was born around 570 AD to an Arab tribe in modern day Saudi Arabia. As his father was dead, Muhammad was considered to be an orphan despite the fact that his mother was still living. When he was in his twenties, Muhammad married a wealthy woman named Khadija. A number of year after their marriage, Muhammad was told by the archangel Gabriel to convey messages about God to the Arabs. Muhammad and his followers conquered the city of Mecca and purified the Ka’ba. The Muslims conquered much of the surrounding area before Muhammad’s death in 632. Muhammad is often said to have been poisoned by a captured Jewish woman.

The Quran is the holy book of Islam and is believed to be the exact words of God. Muslims hold that the words of the Quran have never been altered but are preserved exactly as God said them through Muhammad. This perfect duplication of God’s words is in contrast with the Torah and the Gospels which are believed to have been unintentionally altered or misinterpreted over time.

The Quran is written in Arabic which is considered to be the holy language of Islam, just as Sanskrit is Hinduism’s holy language. The Arabic in which the Quran is written is said to be unique and utterly absolute, leading to the name I’jaz al-qur’an or the “Immutable Quran.” Regardless of a person’s belief system, the style of the Quran is unique. No other surviving text has the same style of language, and legend has it that attempts to create a new text in the same style failed.

Information Outside the Quran

The Quran is the Muslim holy book, but it is not considered to be the only authority on Islam. The hadiths are some sayings and behaviors of Muhammad that are not included in the Quran. The hadiths were passed down by people who knew Muhammad well and used to flesh out the allusive nature of the Quran. One of the most important transmitters of hadiths was A’isha, one of Muhammad’s numerous wives.

Muslims also recognize ijma’ and ijtihad as sources of authority. Ijma’ is often translated as “consensus” and refers to the authority of all Muslims collectively, at least theoretically. In practice, ijma’ is more often the consensus of Islam’s religious scholars and highly educated Muslims. The consensus reached by either all Muslims or Islam’s religious scholars is then used to interpret various pieces of the hadiths or the Quran. Ijma’ is often credited, or blamed, for allowing non-Muslim practices into areas under Sharia Law.

Ijtihad is often translated as “analogical reasoning.” Islam has no priests and is based upon an individual’s relationship with God. As such, it is sometimes up to an individual Muslim to determine what a passage in the Quran or a hadith means. Both ijma’ and ijtihad have come under fire within the wider Muslim community. Some see ijma’ as an excuse to legitimize otherwise non-Islamic practices while others say that ijtihad is the rationalization of individual opinion.

The Five Pillars of Islam

All Muslims are required to observe the five pillars of Islam. The obligation is said to be absolute, but it should also be a joy and a pleasure for a Muslim to hold to the pillars. The five pillars are as follows:

Shahada—The shahada or profession of faith is the most important pillar of Islam. The shahada is translated as “I testify that there is no god but God. I testify that Muhammad is the Messenger of God.” The first half of the shahada declares that Islam is a monotheistic religion. To claim that any entity or person can share God’s unique “oneness” is a grave sin in Islam. The second half of the shahada sets Islam apart from the other Abrahamic religions. Without the emphasis on Muhammad, the shahada is incomplete.

Salat—Salat is ritual prayer and is different from ordinary prayer. Salat is conducted five times a day facing Mecca and comes with prescribed movements that epitomize submission to God. Salat must be done in Arabic, and a Muslim must be ritually pure before taking part. Private prayer is referred to as du’a’ and can be done any time and any place, and no specific movements or purity is required. The famous Islamic Call to Prayer tells Muslims that it is one of the appointed times for salat.

Zakat—Zakat is obligatory charity or almsgiving. Zakat is meant to remind Muslims that what they have in life is a loan from God and to purify Muslims of greed. Zakat is a way of thanking God for what He has given Muslims and is best done in secret to avoid any sense of self-righteousness or pride. Only adults can give zakat, and they must donate a certain percentage of their wealth. Voluntary almsgiving is known as sadaqa.

Sawm—Sawm, or fasting, refers to the fasting that all Muslims partake in during the month of Ramadan. During this holy time, Muslims obtain from all sensual pleasures and do not eat from dawn to dusk. Muslims try to read the entire Quran during the month of Ramada and believe that it was during the last 10 nights of this holy month that the Quran was revealed in full to Muhammad. The Laylat al-Qadr, or Night of Power, takes place during these ten days and is the holiest day of the Muslim calendar.

All Muslims are required to partake in Ramadan, though some people are exempt from the fasting requirement. The sick, the elderly, pregnant or breastfeeding women, children who have not yet reached puberty, travelers and those engaged in heavy labor are allowed to break their fast during the day. If a Muslim must break a fast during Ramadan, they are to fast for the equivalent number of days later in the year or to feed a hungry person.

Hajj—The Hajj is a pilgrimage to Mecca that all Muslims are called to undertake. The pilgrimage must take place during the Islamic month of Dhu’l-Hijja and must be conducted in a state of ritual purity. Once a Muslim has begun the Hajj, they may not cut their hair, trim their nails, use perfume, shave or have sex. After the completion of the Hajj, men will shave their heads, and women will cut of a lock of hair. The sacred rites undertaken during the Hajj must last no less than five days and not extend longer than six. The highlight of the Hajj is circling the Ka’ba. The Hajj is difficult and can be dangerous, but Muslims believe that dying during the Hajj is equivalent to being martyred and cleanses a person of their sins.

The Schism Between Shi’ites and Suunis

The schism between Shi’ites and Sunnis began on the day of Muhammad’s death. According to Sunnis, Muhammad died without appointing a successor. As such, Abu Bakr was chosen by the Muslim community to act as their leader. He was the first caliph, the Muslim “kings” who ruled during the height of the Islamic Empire.

Shi’ites disagree with this story. According to Shi’ites, Abi Talib was chosen by Muhammad to lead the Muslim people after Muhammad’s death. Shi’ites believe that Abi Talib was granted the true knowledge of Islam by Muhammad and that Abi Talib passed that information on to his descendants. Abi Talib and his decedents were called the Imams and were responsible for teaching the esoteric inner knowledge of the Quran. Shi’ites add the line “and Abi is the friend of God” to their call to prayer in order to identify a mosque as Shi’ite.

Islam is a religion layered with rich history and traditions, many of which are not understood by non-Muslims. As with every religion, Muslims practice Islam with varying levels of devotion and differing interpretations. Still, regardless of a Muslim’s degree of faith or sect, all strive to live a holy life. After all, the word muslim means “one who submits to God.” 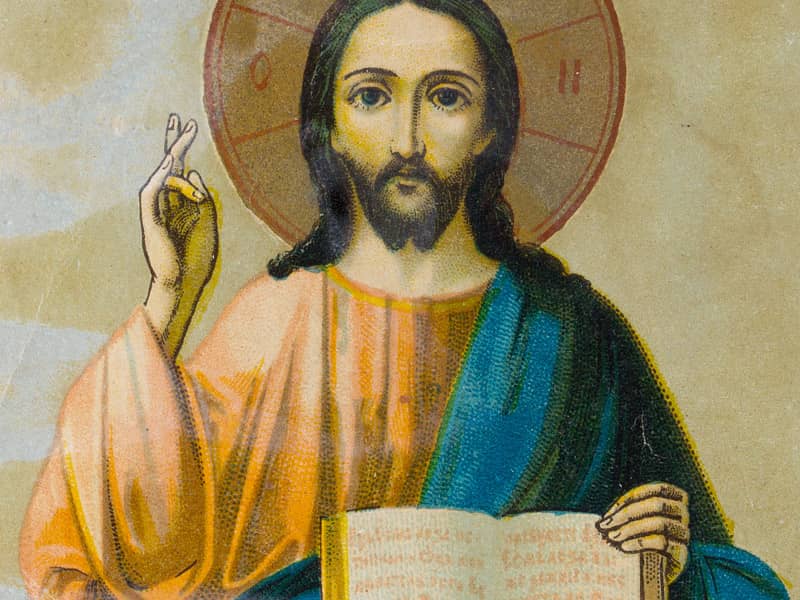 more from beliefnet and our partners
Add some inspiration to your inbox.
Sign up for Beliefnet's Muslim Wisdom newsletter.
From time to time you will also receive Special Offers from our partners
Stephanie Hertzenberg