Hajj: The Journey of a Lifetime

Follow one Muslim on his Hajj pilgrimage as he visits many of Islam's holy sites and reflects upon what they mean to him. 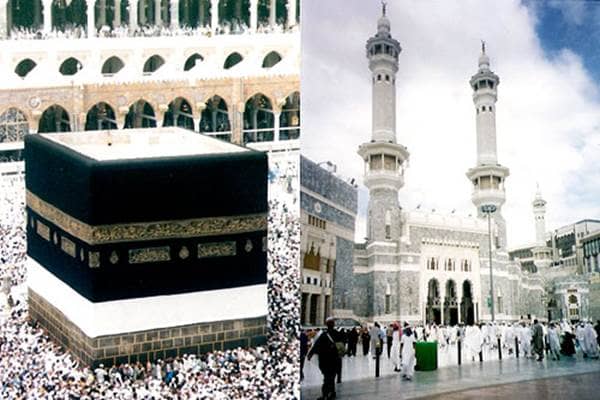 Nearly all of Islam's holy sites are located in and around Mecca and Madinah in Saudi Arabia. During the Hajj, pilgrims engage in specific rituals around some of these landmarks. Though cameras are discouraged, Beliefnet columnist Hesham Hassaballa captured some amazing personal photos during his Hajj in 2002. In this gallery he shares his feelings as he follows in the footsteps of Muslims from Islamic history.

The Ka'ba in the Grand (Haram) Mosque

The Ka'ba in the Grand (Haram) Mosque

Seeing the Ka'ba inside the Grand Mosque was a dream come true for me, because I had been praying towards it my whole life. The Ka'ba is Islam's holy house towards which Muslims face for their daily prayers. Two or three times during the Hajj, pilgrims go to the Ka'ba and circle it seven times. 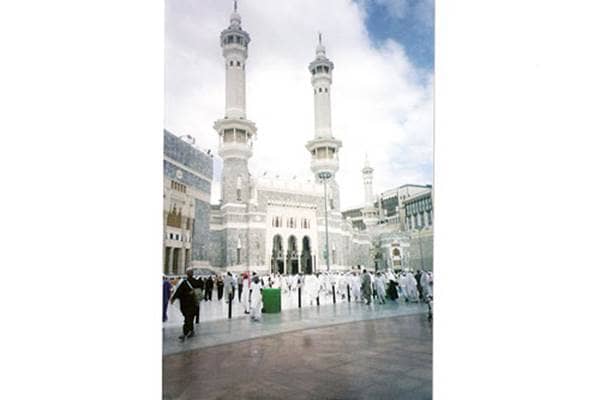 The Doors of the Grand Mosque

There are many entrances to the Grand Mosque in Mecca, which houses the Ka'ba. The city advances upon the mosque up to its doors--but once you enter, it's a different world. The architecture of the mosque is so breathtaking. It is like a piece of heaven on earth.

The Mountain of Light

The Mountain of Light

When I looked upon this holy site, I imagined the important religious moment that took place there and felt completely in awe of what I was seeing. This is Jabal Noor, or the Mountain of Light, the mountain where the Qur'an was first revealed by the Angel Gabriel to the Prophet Muhammad. The Cave of Hira

I am standing near the Cave of Hira. Here, more than 1400 years ago, the Prophet Muhammad received more Qur'anic revelations. Even though it was not part of the Hajj ritual, I had to follow the Prophet's footsteps up to the place where Islam was born. 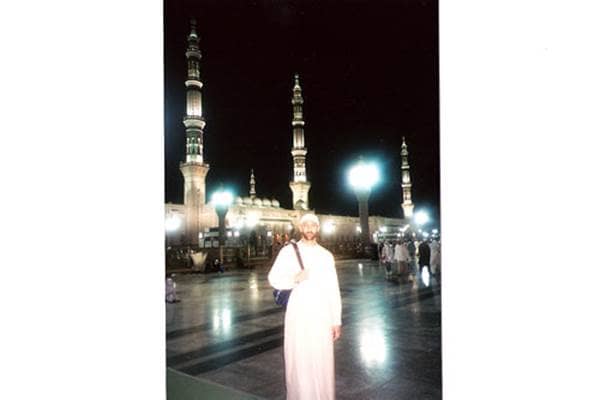 Masjid al Nabawi, or the Prophet's Mosque, is located in Madinah. This mosque is second only to the Grand Mosque and was built by the Prophet. I was overwhelmed with emotion when I entered this mosque, stood before the Prophet's grave, and prayed for him. Though it wasn't a Hajj ritual, I just had to see this holy site where some of Islam's early believers nobly sacrificed their lives. This is the "Mountain of the Archers," located at the foot of Mount Uhud, the site of the second major battle between the Muslims and the Meccan unbelievers. This mountain sits just outside of Madinah. 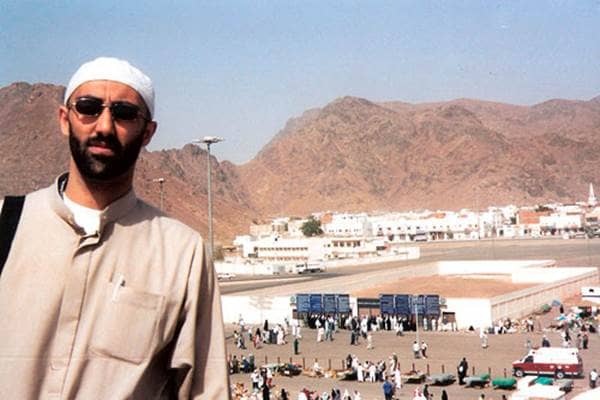 Many companions of the Prophet, including his Uncle Hamza, were killed during the Battle of Uhud. During this battle, Muslims were nearly defeated and the Prophet was almost killed. This gravesite, home to so many of those killed, is very special to many Muslims, including me.

The last days of the Hajj are a study in contrasts: We worship quietly in the tent city of Mina and also passionately stone the three pillars that represent the devil. These pillars are really long walls, and pilgrims can approach them from two levels. Still, with the rush of pilgrims, it can be dangerous. 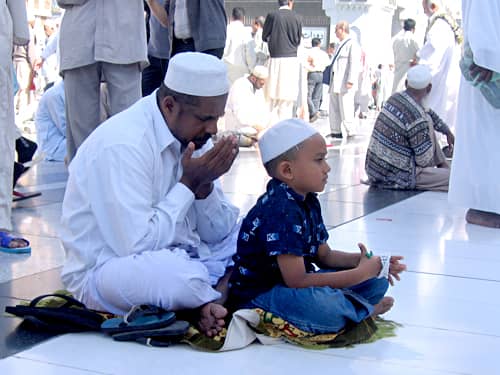 10 Prayers For Ramadan
Recite these prayers during Ramadan to become closer to God. Read next feature >