Is There an Unforgivable Sin?

The choices we make today may not turn you into some criminal or damn you to an eternal hell but the choices do create the conditions, the circumstances, even the climate within which you live out your life. Sometimes, these conditions can become intolerable, perhaps even unforgivable, if by no other than yourself. 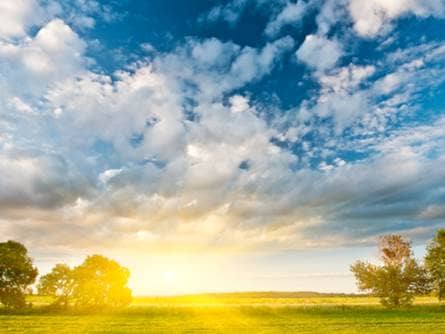 The question: Is there a sin God will not forgive? What did Jesus mean by these words?

In Mark 3:28-29, Jesus says, “I promise you that any of the sinful things you say or do can be forgiven, no matter how terrible those things are. But if you speak against the Holy Spirit, you can never be forgiven. That sin will be held against you forever.”

I remember preachers saying things like, “When the Holy Spirit seeks to lead you into repentance from your sins and you continue to reject the Holy Spirit, He will withdraw, leave you alone, and, at that point, you have sealed your eternal destiny…you’ll never be forgiven,” by which these preachers meant, you’ll not go to heaven when you die. You’ll go to hell instead.

Is this what Jesus meant by “speaking against the Holy Spirit?”

I suggest a different reading, one I think is closer to the meaning Jesus wished to convey.

Shortly before his death, Jesus sought to comfort his troubled followers. As he spoke of leaving them, they spoke of going with him instead. Peter went so far as to promise he would defend Jesus to the death.

Jesus reminded them, however, where he was going they could not come. But he would be with them nonetheless, because the Holy Spirit, the Comforter, would come after Him and be that Presence in them and among them and all would be as before. (read the entire section of John 13 – 16 to get the full import of Jesus’ words).

What is this Holy Spirit?

Isn’t it the voice within? The inner impulse you feel? The Presence of God guiding you…leading you…prompting you…enabling you?

You’ve heard his voice before, observed his messages, however subtle they may have been.

Can you remember the last time, for example, when you needed to make a decision and, in that moment, you knew what you should do but, for some reason, you did not do what you knew you should? Instead of taking the hint right before you, you ignored the message from beyond and did something else entirely.

The promise of Jesus is that you will know what to do…what to say…how to respond…the choice you need to make…what’s the right thing to do…at just the right time. Maybe not long before the decision has to be made but, when it does have to be made, you’ll know what to do in that very moment.

The Holy Spirit is not some “hound of heaven.” He’s more like a “hint from heaven” instead. Not the wine but the aroma that hovers just above. The Holy Spirit provides just the right reminder, at just the right time, and, as you pay attention to these subtle messages from beyond…the tiny impulse and so “take the hint,” you know you have made the right choice and that you are creating what they would call in the east “good Karma.”

When, however, you ignore the impulse, the inclination, the indicator, the invitation and so, do something differently than that which the message from beyond is quietly reminding you to do…that is, when you ignore the path to follow and so continue following your own path, you more and more silence this inner voice and you create “bad Karma.”

It is not that God’s Spirit leaves you or that you damn yourself to some eternal hell. That is to miss the point altogether. It is ignore and so create the conditions within your life that are not favorable, sometimes even hellish and unforgivable. When you ignore the prompt, the promptings becomes less pronounced over time. The Holy Spirit is like a prompter just off stage who gives you the word you need to pick up and go on with the play of your life. If you ignore the prompt, the drama becomes drama indeed. The consequences more and more profound, too.

The Boston bombers are an example. The irony in their choice of bombs cannot be overlooked. Pressure cookers…the kind my mother used for the Sunday roast, potatoes, and carrots…these became filled more and more with the pressure associated with wrong choices and, as a consequence, when they pressure became too great, the cookers became weapons of destruction.

I cannot but wonder how many times those two young men ignored the messages from beyond…the impulse to take courses of action differently than the ones they chose to take? In extreme instances, what is clearly wrong can even look right. Or, justified. Each time they ignored the subtle impulses to make better choices, the pressure inside the cooker of their own consciousness grew dangerously explosive.

The choices we make today may not turn you into some criminal or damn you to an eternal hell but they choices do create the conditions, the circumstances, even the climate within which you live out your life. Sometimes, these conditions can become intolerable, perhaps even unforgivable, if by no other than yourself.

Train yourself to listen to the messages from beyond. They will not scream at you. But they’re there. They are everywhere. Everyday, too. Perhaps even now through this little blog. You’re reading this and you are saying to yourself, “I know. I know what I am supposed to do, even though I’ve been trying to ignore it.”

You must remember that God is not “out there, somewhere.” God is here. Right here, even in these letters on your computer screen.

You have read this for a reason. And, you know what that reason is.

So what is God saying to you?