Author and pastor Jay Bakker discusses homosexuality and the Church. 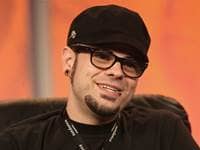 When Jim and Tammy Faye Bakker's PTL ministry and Heritage USA theme park crashed and burned in the 1980s, their son Jay was sent into a dizzying downward spiral of drugs, alcohol and running from God.

Now the pastor of an alternative church in Brooklyn, N.Y., Jay Bakker's new book, Fall to Grace probes the power of God's grace to "revolutionize" believers' relationships with God, each other and larger society.

Most provocatively, Bakker makes the case that homosexuality is neither a sin nor incompatible with an authentic and robust life of faith. Bakker, 35 and sober, spoke by phone from his home in Brooklyn.

Some answers have been edited for clarity and length.

Q: When were you first aware of gay people and homosexuality writ large?

A: When I look back now, I knew folks were gay -- assistants and people who worked at Heritage USA, a guy my sister hung out with in high school. I remember one of my best friends in high school came out to me and that I was in total shock.

When I was about 12 or 13, people started "coming out" and talking about it more and more. It happened really fast in my life. There were a lot of gay teenagers and gay people around me growing up.

There are so many GLBT (gay-lesbian-bisexual-transgender) people involved in Christian television and in gospel music. There always have been. Don't ask, don't tell. I think the church started that.

Q: Your mother is considered something of a gay icon. Why do you think that is?

A: I always knew gay people loved my mom, even before the public "fall." She did an interview with someone with AIDS in 1983; she was talking to an openly gay minister on her TV show. The gay community showed her more love than the Church. Marginalized people are the best at showing love and grace because they've been shown it the least.

I asked one of my gay friends, "Why are you guys so nuts for my mom?" Of course, there was the makeup and she was funny and silly and loving, but she was also a survivor, he told me. She was a survivor by being who she was and didn't compromise. She survived and didn't change under pressure, even when people made fun of her.

Q: Why do you think homosexuality provokes such a strong, some might say fearful, reaction from many Christians?

A: For some of the same reasons that divorce did. I think it's "the unknown." It's a group they've counted out for so long. We have to take responsibility for pushing these people away from the Church and pushing them into the dark. Christians have found excuses to alienate and discriminate against a group.

We can barely handle our own sexuality. We're so focused on homosexuals so we don't have to look at our own sexuality. Christians are afraid of sex. People get mean, and they toss their morals out the window. They're not acting lovingly. They confuse this righteous anger and judgmentalism with love.

A lot of faith is based on fear. And it's based on control. It's based on "do the right thing and don't do the wrong thing." It isn't based in love.

Q: How does grace play into conflicts about homosexuality and how has grace affected your life?

A: The foundation was definitely laid by my folks. When PTL fell, I didn't see anything of grace and forgiveness. But they kept telling me, "You've gotta love people. You've gotta treat people well and put them above you." Maybe they didn't always live it out, but there were definitely points at which my parents showed me that.

Grace has grown and changed in my life. I was always told the more I read the Bible, the more black-and-white things would become. And they haven't; they've become more gray. But grace has allowed that to happen and not freak me out. I understand God's love better. Grace is one of those things that continues to evolve.

Grace also gets you into trouble because it teaches you to follow your convictions -- and that's where you get screwed and condemned by other people. Grace is much bigger than that. The beauty of grace and acceptance is just this constant, ever-changing, beautiful thing that gets better and better. It might not get easier, but it definitely covers more than I once thought.