Yoga: One Size Doesn’t Fit All

It seems like the main issue many yoga practitioners have is that “yoga is not a religion” and any attempt to link it to one is seen as contrary to the principles of yoga. This, of course, is at the crux of the Hindu American Foundation’s Take Back Yoga campaign: the misunderstanding of Hindu philosophy. 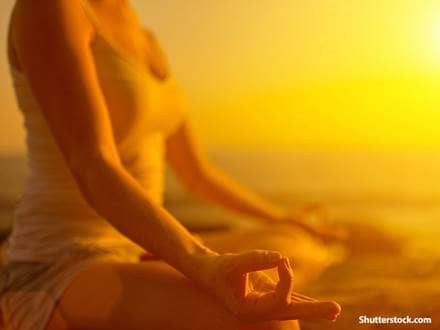 Over the past week, I’ve been reviewing the comments in response to my last blog which continued to bring to light the Hindu roots of yoga. It seems like the main issue many yoga practitioners have is that “yoga is not a religion” and any attempt to link it to one is seen as contrary to the principles of yoga. This, of course, is at the crux of the Hindu American Foundation’s Take Back Yoga campaign: the misunderstanding of Hindu philosophy. The perception of Hinduism, particularly in the West, is that of a religion replete with colorful rituals and multi-limbed gods and rooted in a callous caste system. Based on that exoticized description of my faith, I can understand the skepticism at the idea that the calming, spiritual practice of yoga is rooted in Hinduism.

But let’s step back for a moment and take a look at the Hinduism that was taught to me at home. Like yoga, Hinduism is experiential in nature and it is up to each one of us – based on our inherent nature and temperament – to find our own path to achieve unity with Brahman (or the Divine). In the sacred Hindu text, the Bhagavad Gita, Lord Krishna expounds upon four paths, or yogas – bhakti yoga, karma yoga, jnana yoga, and dhyana yoga (which in the past 150 years or so is more commonly referred to as raja yoga). The four yogas can be succinctly summarized as the path of loving devotion to God, the path of selfless action and service, the path of knowledge, and the path of meditation and self-control, consecutively. While each of these paths are unique, they are by no means mutually exclusive. One chooses to follow a particular path based upon her temperament, but is able to and should draw from the others. Central to all yoga is the goal of growing closer or uniting with Brahman.

Dhyana yoga (aka raja yoga) is also referred to ashtanga yoga, and for those who are familiar with all eight limbs of the practice, the connection is apparent.* Asana, the most popular of the limbs and the one that most people associate with the term “yoga”, is not an end in and of itself. The intent is to prepare the body and mind to be seated in meditation for long periods of time. In fact, in the chapter on dhyana yoga in the Gita, Krishna even goes so far as to outline the basics necessary for meditation:

“In a clean place,
one should establish
for oneself a firm seat…

There, having the mind actively
focused upon a single point,
with thought and
sense controlled,
Sitting on a seat,
one should practice yoga
for purification of the self.

With an aligned body,
head, and neck –
keeping these steady,
without movement;
Focusing the vision toward
the tip of one’s nose
without looking about
in any direction…

Controlling the mind
with thought
focused upon me –
one should be seated
while absorbed in yoga,
holding me as the highest.” (BG, 6.11 – 6.14)

Forget focusing on a single point, for most of us, sitting cross-legged and still for any significant length is an impossible feat when our backs are aching or our feet are falling asleep. The need to move and reposition ourselves is much more immediate than the need to focus.

But as most practitioners will agree, even a few rounds of simple surya namaskar on a daily basis will allow the body to remain comfortably seated and aligned for longer periods of time. Asana makes the body limber and flexible and improves circulation; all vitally important in our efforts to meditate. It is a great tool for us to use. But it is just that – one of many tools in our bag designed to assist us on our journey towards the Divine.

The beauty of Hinduism lies in its acknowledgement and acceptance that one size does not fit all, and that there aren’t there any exclusive, membership only lanes. People are inherently different in their temperaments and abilities, and life can be complicated. For that reason, Hinduism provides multiple paths, or yogas, from which seekers can choose and holistically tread. Bhakti, karma, jnana, dhyana…the choice is yours.

*For those who are not familiar, the eight limbs of ashtanga yoga are yama, niyama, asana, pranayama, pratyahara, dharana, dhyana, and samadhi.