Hinduism: Its Own Interfaith Party

Hinduism’s pluralistic core not only allows for, but encourages debate, dialog, and discussion as part of one’s spiritual growth, and therein lies its beauty, strength, and longevity. Hinduism is an interfaith party in and of itself. 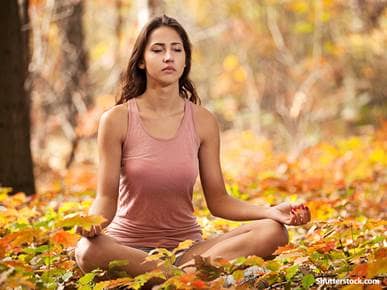 Yesterday, one of my team members at the Hindu American Foundation (HAF) noticed a rather curious omission on Wikipedia’s “Interfaith dialog” page. All the major religions have a section on the page, except for Hinduism! Of course, the beauty of Wikipedia is that someone from HAF can (and will) edit the page with appropriate content for Hinduism, but the irony of the omission was not lost on us.

Pluralism is at the core of Hindu philosophy. This expansive idea that there may exist more than one path, more than one way, more than one journey to the Divine is the resounding message of Hinduism. There is an acceptance that people are inherently different, and the path that may suit me, may not suit you.

Moreover, there are no saved people in Hinduism, just as there are no condemned people. A person’s karma is what matters. One of my favorite lines from the Hindu epic, the Mahabharata, is Lord Krishna’s retort to the common lament of having a “bad” day. “There are no good days or bad days,” he says. “There is only good karma and bad karma.”

Hindu teachings ask, “Are one’s thoughts and actions in accordance with dharma? Do her actions benefit or hurt society? What are the intentions behind each action? Are they selfless or selfish?” It does not ask if a person is Hindu, Muslim, Jewish, or Christian. These questions are universally applicable, as is much of Hindu philosophy. It is why so many people of all faiths (and no faith) have continue to find great solace and wisdom in the Gita.

Hindu prayers, for example, are a call for goodness, happiness, and peace for all beings. They do not distinguish between Hindus and non-Hindus nor between people and other life forms. One of the more popular Hindu shlokas, often heard in yoga studios, says, “Loka samasta sukhino bhavantu,” or “May all beings everywhere be happy, healthy, and free.” Along the same lines, many Hindu prayers end with the repetition of the word Shanti, or peace, three times. There are a number of explanations as to why it is repeated thrice, but one of the most widely understood is that the first Shanti is a prayer for peace for all beings on this planet, the second is peace for the universe, and the third is peace for the celestial plane.

Finally, Hinduism itself is collection of spiritual dialog and debate, and it fully embraces competing philosophies. For example, the Advaita Vedanta school of Hindu thought is non-dualistic. It believes that the atman, or soul, residing within each living being is the same as Brahman, or the Supreme Consciousness/Divine. Thus, the goal of the individual is to understand and realize this unity. A competing Hindu school of thought is Dvaita, or a dualistic approach, whereby the individual’s soul is distinct from, but dependent upon, the Supreme Being. Atheists also have a home in Hinduism.

Hinduism’s pluralistic core not only allows for, but encourages debate, dialog, and discussion as part of one’s spiritual growth, and therein lies its beauty, strength, and longevity. Hinduism is an interfaith party in and of itself.

Sheetal Shah, based in New York City, is the Senior Director of the Hindu American Foundation (HAF), a nonprofit advocacy organization.