The Gift of a Perfect Name

What's in a name? How can we use such a simple device to enhance the spiritual lives of our children? 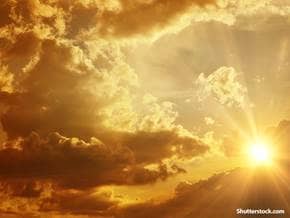 Recently US Congresswoman Tulsi Gabbard got married in a Vedic ceremony in Hawaii. A Hindu, she has even taken her congressional oath on the Bhagavad Gita. Her name Tulsi means the Holy Basil which is so central to Hindu belief. Her mother Carol Gabbard was brought up in the Brahma Madhwa Gaudiya tradition and named her five children Bhakti (worship), Jai (a Hindu salutation), Aryan ( noble one), Tulsi (sacred plant) and Vrindavan ( Lord Krishna's abode).

It got me thinking - what's in a name and how can one use such a simple device to enhance the spiritual lives of one's children? It certainly has deeper connotations than naming a child after candy or a jewelry store! Hindus often name their children after Gods, kings and wonderful attributes. You can be sure there are a lot of children named Krishna, Shiva and Ganesh! Indeed, there are so many children named after Lord Krishna as the variety is endless - he has over 108 names including Mohan, Madan, Jaikishan, Kanhaiya and Banke Bihari. The same goes for Shiva, Ganesh, Hanuman and other Gods who also have at least 108 names each.

For female children there are powerful Mother Goddesses to emulate, from Durga to Kali to Devi to Parvati. Saraswati is the Goddess of Learning and Lakshmi is the Goddess of Wealth. Sita is the incarnation of the perfect woman and Radha, the beloved of Krishna, is also a popular name because she depicts Cosmic Love, the striving of the soul for the Supreme Being.

Great kings and noble attributes are also popular choices - Rama is the ultimate amongst great kings and is considered the embodiment of the perfect man (he is also the 7th incarnation of Lord Vishnu ). Ram is one of the most loved and common names for Hindu boys and many a business is named after Sri Ram, and of course many are named after that perennial favorite and symbol of auspicious beginnings, Sri Ganesh.

So many boys and girls are named Raja and Rani, with parents hoping for a right royal life of kings and queens for them, with noble ideals and high thinking. Heroes from the epic Mahabharata are also held in high esteem and there are children named Arjun and Bhim after the Pandava heroes - though you won't find many named Duryodana after the Kaurava king who is the antagonist of the epic!

In recent years I have seen Satya (Truth) become a very popular name with both Hindu and intercultural couples. Indeed, why give your child a plain name when you can brush some greatness into their life? After all, Vijay means victory, Anand means joy and Dayal means compassionate. If your child is named Puja (prayer) surely some of the good vibes of 'the act of union with God' are going to rub off on the little girl?

Indeed, the naamkaran or naming ceremony is a powerful one where the name of child is whispered to the child by the father or chosen relative after prayers. In 'How to become a Hindu' , a guide for seekers and born Hindus by Satguru Sivaya Subramaniyaswami, there is a detailed explanation of the naming customs of the world, with special emphasis on Hindu customs.

"The most ancient and common source of Hindu names is from the names of God and the Gods. Each child receives a name selected from those of the family's Ishta Devata, Chosen Deity. Such names are called Theophoric. The custom of choosing a name from the Gods is among the most ancient, with examples in Persia, Greece, India and the early Indo-European civilizations."

Indeed, according to this guide, often the first name is chosen according to the syllable mystically related to the individual's nakshatra, birth star. There are 108 such sounds used to begin a name: four for each of the 27 nakshatras.

Why chose a name based on a nakshatra? Writes Satguru Subramaniyaswami: "It vibrates in harmony with the nature of the individual in this particular incarnation, by virtue of its unique relation to the moon at the moment of birth, which has significant impact on the inner, emotional nature."

Families also develop their own traditions in naming their children. Madhur Jaffrey, the noted author and actress, tells how at her birth, her grandmother dipped honey onto her little finger and wrote Om, a blessing, on her tongue - her name means 'Honey' and the hope was that her life would be as sweet.

While the priests help select the syllable based on the horoscope of the child, in modern times many parents give the child a name of their own choosing while retaining the horoscope name for religious purposes. Traditions and customs are much looser in the Diaspora and some parents just select an easy name of their own choosing without getting priests and religion involved.

The choices are infinite - there are just so many names in Sanskrit, Hindi and other regional languages too which impart greatness to one's child - even before he's done anything in life!

Who knows, this first gift may just propel them to do something wonderful and live up to their name...

Lavina Melwani is a New York based journalist who blogs at www.lassiwithlavina.com. Follow her on Twitter @lavinamelwani