Lokayata, a brand of Hindu atheism, emphasizes that it was the evolution of mankind’s intellect that had given rise to religion and other schools of philosophical thought rather than supernatural forces. 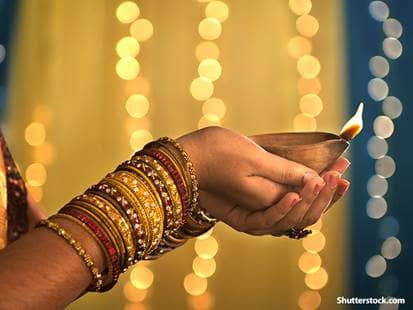 Too often, people who have at best a perfunctory understanding of Hinduism and India, equate it with spirituality. Self-styled Indologists do not help things by portraying Hinduism as a stuffy and antiquated set of rules laced with an overdose of ornate rituals. But what many fail to realize is that the multitude of schools of philosophical thought also stemmed from Hinduism, and represent an inseparable part. These philosophies were not spurred by superficial and unyielding practices, but were born out of lengthy argumentations and counter-argumentations. Whether it was Patanjali’s Yoga Sutras, or the universal teachings of the Vedanta philosophy, polemicists theorized and then endeavored through debates to prove the validity of their assertion. One such philosophy that was birthed by such lively debates was Lokayata or Hinduism’s brand of atheism. What is Lokayata?

Lok – world, and ayata – prevalent, believed that there four elements: air, water, earth, and fire. A world where things had to be felt by the human senses in order to be considered true was one of the defining tenets of Lokayata. The doctrine did not believe in a soul, let alone its transmigration. Similarly, Karma, Moksha (liberation), and reincarnation were also repudiated. Lokayata emphasized that it was the evolution of mankind’s intellect that had given rise to religion and other schools of philosophical thought rather than supernatural forces.

There is some dispute as to the founder of this brand of Hindu atheism. Some believe that Brihaspati, who is quoted in the text Sarvasiddhantasamgraha, was the earliest proponent of Lokayata. This text advised the sagacious ones to enjoy the pleasures of life, and engage in real world pursuits such as political administration, trade, and agriculture. Moreover, the wise were exhorted to shun rituals, and concepts that could not be verified by scientific inquiry.

Agita Kesakambali, another atheist philosopher, was a senior contemporary of Buddha. Texts by Kesakambali have not survived. But modern interpretations of Kesakambali state that deeds of altruism and beneficence lead to nothing. In other words, everyone, according to Kesakambali dies without distinction between the good or wicked. This is not to say that people should cease being charitable, only that whether a person treads a path of goodness or evil, death does not discriminate.

Moreover, the Lokayata doctrine unabashedly rejected inference as a means of building a case for metaphysical truth. This was the case because, according to Lokayata inference is derived from an inference, and that inference is further derived from another inference. It was believed the hierarchical order of inferences could lead to an ad infinitum regression.

Early proponents of the philosophy steadfastly believed in the limits of human knowledge, and faith did not play a part in accepting or rejecting a premise. Only the perceivable was real, and anything beyond that was moot. Another aspect to the perceivable was pleasure. Pleasure was something the Lokayata philosophy embraced whole heartedly.

A major distinction between traditional schools of thought in Hinduism and Lokayata is the notion of elemental forces such as thunder, lightening, or gravitation as being active. While both traditional Hinduism and the Lokayata doctrine agree on these elements being an active force in the universe, they were at odds over whether these elements are alive. Lokayata’s proponents asserted that these elements were not conscious, and hence did not move about to accomplish a fixed purpose. The firmament displayed apathy towards human whims and actions and hence played no role in determining their destiny.

Another difference between Lokayata and mainstream philosophies in Hinduism is the notion of internal perception, namely the mind as having an independent role. In traditional Hindu philosophy, the mind is given a powerful role in perception of achieving spiritual heights.

Essentially, an existence with reason, and without God, without good or evil, and without heaven or hell, was the primary ingredients in the Lokayata doctrine.

Balance vs. Imbalance The atheism that took roots in Europe in response to zealous religiosity had its own rigidities and dictated a complete denunciation of Christianity and the Church. These contrary ideas began to emerge during the enlightenment era, and sped up during the latter part of the 20th century. This disillusionment with faith became so pronounced that currently, many people in Western Europe identify as atheists.

On the other hand, proponents of Lokayata also had serious disagreements about some of the spiritual beliefs that formed the bedrock of Hinduism, but they did not patently reject the teachings of scriptures such as the Vedas. This is significant because unlike the Western explorations that erected barriers between theism and atheism, Lokayata strove to maintain a wholesome balance. It did not explicitly ostracize ritualistic practices simply because they represented a spiritual path. Instead it focused on seeking scientific explanations.

The Hindu brand of atheism suffered set backs and criticisms, but it can never be separated from the large umbrella of Hindu philosophical thought. In fact, Vinayak Damodar Savarkar who coined the term for the political and cultural philosophy of Hindutva (Hinduness), did not want to have religious rituals performed for his soul. This wish did not cast him outside the ambit of Hinduism. His opponents would do well to remember that when they level unfounded charges of Savarkar’s Hindutva being incompatible with the Hindu religion.

Lokayata, like many philosophies in Hinduism, did not sprout tyrannical roots. It did not become too popular. This obviated a rigidifying of any one philosophy. Instead, the preferred method throughout ancient India’s history was to debate and attempt to gain widespread acceptance by defeating an opposing philosophers. This system of public discussions and deliberations prevented dogmatic practices from gaining a stranglehold. So, Whether Vedas or Lokayata, ancient Indian sages propounded an encompassing and variegated paths for the hoi polloi to choose from. It is this liberality that allowed Hinduism to survive through the many trials and tribulations since primordial times.

Adity Sharma is a student at St. John’s University in New York. Her writings have appeared in Vijayvaani, Chakranews, and HVK.