The book was pulled as part of a settlement because a group belonging to Hindu conservative nationalists filed a case against the publisher. 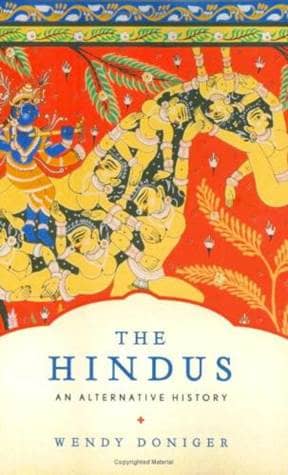 Mainstream publisher Penguin Book Indian decided to pull all and destroy all unreleased copies of The Hindus: An Alternative History by US based academic Wendy Doniger. The book was pulled as part of a settlement because a group belonging to Hindu conservative nationalists filed a case against the publisher. Surprisingly, Penguin decided not to fight case and opted to pull all publications.

Doniger, 73, a professor at the University of Chicago divinity school is accused of incorrectly describing the Rashtriya Swayamsevak Sangh (RSS), India’s largest Hindu nationalist organization, as the BJO’s militant wing, and wrongly telling readers that the RSS was behind the assassination of Mahatma Gandhi. The book also emphasizes the importance of women, sexuality and those at the bottom of India’s caste hierarchy in Hinduism.

"We are going to fight each and every example of this. We will leave nothing unchallenged that is against our customs, our religion, our nation," said Prakash Sharma, spokesman for the hard-line Vishva Hindu Parishad (VHP) organization. Sharma is part of a series of conservative religious groups in India that aggressively campaign against artists and authors who they believe criticize or misrepresent Hinduism.

Advaita Kala, a screenwriter and novelist spoke out about the controversy, "It's very intimidating to be a writer in India. There is almost no legal protection. We are left almost completely on our own. And the worst offenders are not the fringe groups but the politicians." Any writer from the Indian culture is held up to such a scrutinizing stature.

This is not the first time Doniger has received extreme controversy due to a book release. Her other titles On Hinduism and The Rig Veda have also triggered Hindu nationalist organizations to speak out about the accuracy and making Hindu history mainstream.

Shortly after news broke of the book withdrawal, The Hindus reached 33 on Amazon’s bestseller list and topped the Hinduism section. Penguin refused to administer any comment. The book was originally released November 30, 2010 however it took several years for the activists to win their case. Many reviews and people of the Hindu culture feel that Doniger castes too much judgment and opinion in The Hindus, causing it to not correctly depict the Hindu culture and history.

Media outlets are continuing to discuss the rash actions of pulling the book and the lack of comment from Penguin. While the upheaval may seem abrupt, Amazon is still selling the title via Kindle and through their used book outlet – used copies are selling for $398.98. Just goes to show that along with controversy comes high demand.