Celebrate the Triumph of Good Over Evil

Every festival, irrespective of its faith and culture, has an origin-story - a legend so significant that people celebrate it to relive those lost moments. Diwali is no different, with a history as lovely as any fairytale... 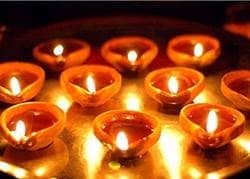 This Diwali, Celebrate the Triumph of Good Over Evil

Every festival, irrespective of its faith and culture, has an origin-story - a legend so significant that people celebrate it to relive those lost moments. Diwali is no different, with a history as lovely as any fairytale….

Once upon a time in the kingdom of Ayodhya, there lived a prince named Rama. Prince Rama, with his brother Laxman and wife Sita, were exiled to the forest for fourteen years. Life in exile was simple yet adventurous until one fateful day Sita was abducted by Ravana, the king of Lanka. After a long journey, Rama and his faithful followers rescued Sita and returned to an Ayodhya alight with diyas and resonant with the sound of firecrackers. It is tale of heroism that would be told and re-told forever as Ramayana, and the day would be observed as Diwali.

While the story of Rama is widely accepted, Diwali, like other Hindu festivals, has other colorful mythologies associated with it. In eastern India it marks the victory of goddess Kali over Bakasura. Another belief is that, on Diwali the goddess of wealth Laxmi, married Lord Vishnu.

The significance of diyas or lanterns in Diwali (also known as Deepawali) is hidden in its name. Deepawali can be broken into deep (meaning light) and avali (meaning rows of). On the night of Diwali, houses are decorated with earthen lamps, candles, and today's decorations also include rows of LED lights. When observed from a height, it feels as if millions of stars have fallen on Earth to light it up with their golden luminescence.

Bursting of firecrackers is a mandatory Diwali tradition, symbolizing a way to ward off evil and bring prosperity. Another famous Diwali ritual is Rangoli, which involves drawing colorful designs on house entrances to welcome the goddess of wealth, Laxmi. It’s amazing how Diwali fills the daylight with colors and the darkness with light.

The Five Days of Diwali 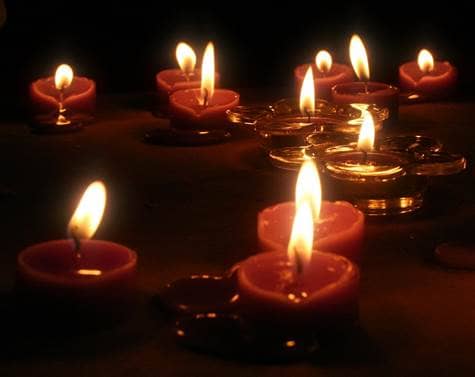 The celebrations range over the last 5 days of the Hindu calendar month, Ashwin. Each day has a different deity and different pujas. It is the beauty of the Hindu religion that people believe in many gods and goddesses and never forget to pray and honor them.

The first day, Dhanteras, is considered to be an auspicious day to buy gold and silver. On this day, the puja of Yam Raj, or the God of death, is done.

The second day, often referred to as choti (smaller) Diwali, was the day Lord Krishna defeated the demon Narakasur and freed the world from evil.

The main celebration with the lanterns and rangoli begins on the 3rd day. Laxmi is the deity who is offered prayers on this day, and since she brings wealth with her, Diwali is considered very lucky to embark on new ventures.

The Hindu New Year starts on the 4th day of Diwali and is observed by putting on new clothes and exchanging sweets among friends and family. Govardhan puja is performed on this day.

The last day of Diwali named Bhai Dooj, and can technically be called Sisters Day. On this day brothers visit their sisters to ask about their welfare. Depending on their beliefs, people celebrate Diwali for 3-5 days.

Diwali: Here and There; Then and Now

Hindus in America celebrate Diwali to remember their homeland India and its rich culture. It's one way to get back a little bit of the India they left behind, or heard stories of. Homes are adorned with lights and rangoli, sweets are arranged to be distributed, cultural events are conducted, and the sky is set ablaze with fireworks. Friends are invited over and the night is filled with decorations and joyous celebrations.

Over the years Diwali has been adapted into several kinds of traditions and their amalgams. While the lighting of diyas and bursting firecrackers is common all around, the puja of deities varies from community to community. Electric lights are starting to replace earthen lanterns and observance of traditional customs is getting less and less rigid.

Change is inevitable, but the essence is unforgettable. Ages ago, evil in different forms had surrendered before good. The festival of lights is a tribute to those days and those heroes. It is our inner voice saying, ‘as long as there is light in this world, there is hope.’