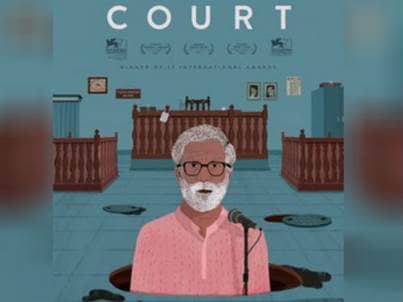 While India is considered to have one of the world’s most prolific film industries it has never won the Academy Award for Best Foreign Language Film. The country is hopeful that the film “Court” will be entry to break that six-decade curse. “Court” is a portrayal of the country’s justice system and many critics have great reviews.

Chaitanya Tamhane, 28, wrote and directed Court which tells the story of a folk singer who is accused of causing a sewage worker to commit suicide with his music. The film was produced on a budget of less than $600,000 and does not feature a star studded cast however, the film brings awareness to issues of caste, class, injustice and political corruption that lies within the country. Court received several awards at the Venice Film Festival last year and even secured screenings around the world including theaters in the United States.

In the past, only three Indian films have been nominated as one of the final five in the foreign language film category – the most recent being “Lagaan” in 2001. Many believed “Slumdog Millionaire” to be an Indian film however it was only set in India and was actually a British production. Vivek Gomber, co-stars in the film and put up most of the production money himself. In an interview with the Los Angeles Times, Gomber was excited about the praise “Court” has received but equally understands the frustrations with Oscar history.

The motion picture academy allows each country to select their own entry for the category. When reviewing most of India’s selection, most of their selections are considered to be highly politicized. The Film Federation of India, which is a ground of 16 members, decides India’s official entry each year. Overall the selection process is very secretive and has nominated many films that left others questioning their ultimate decision and thought process.

However, with “Court” the consensus ultimately agrees that the film is the right choice. Powerhouse Bollywood producer Karan Johar openly stated that choosing Court as the entry was “undeniably a great decision.” Gomber proclaims that the overall agreement of the entry is a huge accomplishment and very insightful considering much of India is very Bollywood obsessed. Gomber told The Los Angeles Times, “As we’ve been fortunate to go through these festivals, we see a lot of Indian films being showcased. Ever year, we’re getting closer. There is change – the industry is becoming more tolerant.”