Hindu at the Helm?

Shashi Tharoor, a writer and diplomat, is vying to be the first practicing Hindu to serve as U.N. secretary general. 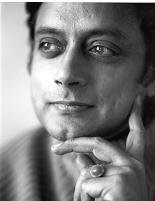 Shashi Tharoor is a prolific writer--nine books, in addition to many articles, op-eds and literary reviews--and is the recipient of several journalism and literary awards. And that's in addition to his day job as the Under-Secretary-General for Communications and Public Information at the United Nations. Now, Tharoor is looking to take on an even more demanding role: He is running for secretary general of the U.N., and if he wins, he'd be the first practicing Hindu to lead that organization. Tharoor says he hopes to bring change to the United Nations; quoting Mahatma Gandhi, he says, "You must be the change you wish to see in the world. What is true for individuals applies also to institutions. The U.N. is no exception. If we want to change the world, we must change too.” Tharoor recently spoke with Beliefnet about his faith and how it empowers him.

How does faith shape a person's career and life? Or does it? It does, if you have faith. For some, it’s merely a question of faith in themselves; for others, including me, that sense of faith emerges from a faith in something larger than ourselves. It’s what gives you the courage to take the risks you must take, and enables you to make peace with yourself when you suffer the inevitable setbacks and calumnies that are the lot of those who try to make a difference in the world.

Describe your faith and religion? What do you like most about your religion?

I am a believing Hindu. Hinduism is uniquely a religion without fundamentals. We have an extraordinary diversity of religious practices within Hinduism, a faith with no single sacred book but many. Hinduism is, in many ways, predicated on the idea that the eternal wisdom of the ages about divinity cannot be confined to a single sacred book. We have no compulsory injunctions or obligations. We don't even have a Hindu Sunday, let alone a requirement to pray at specific times and frequencies.

What we have is a faith that allows each believer to reach out his or her hands to his or her notion of the Godhead. A faith which uniquely does not have any notion of heresy--you cannot be a Hindu heretic because there is no standard set of dogmas from which deviation would make you a heretic. Here is a faith so unusual that it is the only major religion in the world that does not claim to be the only true religion. I find that most congenial.

For me, as a believing Hindu, it is wonderful to be able to meet people from other faiths without being burdened by the conviction that I have embarked upon a “right path” that they have somehow missed. I was brought up in the belief that all ways of worship are equally valid. My father prayed devoutly every day, but never used to oblige me to join him: in the Hindu way, he wanted me to find my own truth. And that I believe I have.

So many of the problems in the world today are a result of people’s beliefs and their faith. The role of faith ought to be to bring peace and happiness to the world, but is that really happening? What is it about yours or any religion that troubles you the most?

As U.N. Secretary-General Kofi Annan once said, the problem is never with the faith, but with the faithful. All faiths strive sincerely to animate the divine spark in each of us; but some of their followers, alas, use their faith as a club to beat others with, rather than a platform to raise themselves to the heavens.

As I said, Hinduism believes that there are various ways of reaching the ultimate truth. To me, the fact that adherents of this faith, in a perversion of its tenets, have chosen to destroy somebody else's sacred place, have chosen to attack others because of the absence of foreskin or the mark on a forehead, is profoundly un-Hindu. I do not accept these fanatics’ interpretation of the values and principles of my faith.

Are you currently a practicing Hindu? Do you visit temples? Why or why not?

I believe in praying every day, even if it is only for a couple of minutes. I have a little alcove at my home in Manhattan, N.Y., where I try to reach out to the holy spirit. But I believe in the Upanishadic doctrine that the divine is essentially unknowable and unattainable by ordinary mortals; all prayer is an attempt to reach out to that which we cannot touch. While I have very occasionally visited temples, I don't really frequent them, because I believe that one does not need any intermediaries between oneself and one’s notion of the divine. "Build Ram in your hearts" is what Hinduism has always enjoined. If Ram is in your heart, it would matter very little what bricks or stones Ram can also be found in.

Members of Rationalist International, an Indian-dominated forum for "rationalist ideas and positions of world-wide concern" have asked for the withdrawal your candidature, because of your belief in Sathya Sai Baba, the self-proclaimed saint who is very controversial but extremely popular. How do you react to that?

It’s difficult to take them seriously when they can’t get their basic facts right. I do not believe in Satya Sai Baba; the very article they cite in their attack on me is an article describing a visit to Satya Sai Baba with my mother, and I spell out very clearly in the article that she’s the believer whereas I’m a skeptic. My article made the point that in India, both infotech and spiritualism exist side-by-side. It seems to me an incontestable observation.

Inner satisfaction and peace is said to bring one closer to the divine. Describe the inner satisfaction and peace that you derive from working for the U.N.? The United Nations has given me the opportunity to help my fellow human beings in the most basic way. For example, when I was at Singapore, early in my career with the U.N., the fact that I could put my head to the pillow at night knowing that things I had done during the day had made a real difference to other people’s lives, was immensely rewarding.

I could give you a number of stories from those days, but one episode crystallized my inner satisfaction: A Vietnamese family tried to escape their troubled country on a vessel powered by a dodgy tractor engine. It gave way in the middle of the South China Sea. They ran out of food. They ran out of water. They began subsisting on rainwater and hope. But that was not enough to feed the couple’s infant and baby at sea. So the parents slit their fingers for the children to suck their blood in order to survive.

When the family was rescued by an American ship, they were too weak even to stand; they had to be lifted on board. They were brought to Singapore, where I was running the U.N. High Commissioner for Refugees’ operation. We rushed them to intensive care. To see that same family, three or four months later, well-dressed, well-fed and ready to embark on their new lives in the United States offered the kind of satisfaction that few jobs do. The U.N. is not simply a means of bureaucratizing our consciences; it truly works for a better world, and that’s why I’m proud to serve it.

And where else, other than the United Nations, can there be a truly global forum where ideas of faith or belief can be openly addressed in the context of their possibilities and dangers--including those inherent in their misinterpretation or misappropriation? Where else but the United Nations could all countries of the world have joined in a resolution to remember the Holocaust and resolve to work together to dispel hatred, bigotry, racism, and prejudice and to refrain from religious incitement?

In my own U.N. work, I was privileged to launch a series of seminars on "Unlearning Intolerance," where religious figures and scholars of diverse persuasions addressed questions including Islamaphobia and anti-Semitism. The discussion was free, critical, reasoned, receptive, and uninhibited. It is in restoring those elements to otherwise impassioned discourse that the true strength and uniqueness of the United Nations lies.

What do you believe is the essence of your faith? How can a Hindu bring a different and unique perspective to one of the most powerful offices in the world?

I take pride in the openness, the diversity, the range, the lofty metaphysical aspirations of the Vedanta. I cherish the diversity, the lack of compulsion, and the richness of the various ways in which Hinduism is practiced eclectically. And I admire the civilizational heritage of tolerance that made Hindu societies open their arms to people of every other faith, to come and practice their beliefs in peace amidst Hindus. It is remarkable, for instance, that the only country on earth where the Jewish people have lived for centuries and never experienced a single episode of anti-Semitism is India. That is the Hinduism in which I gladly take pride. That is the essence of my faith, and that’s the perspective from which I would seek to serve in an office, which must belong equally to people of all faiths, beliefs and creeds around the world.