Hindu Rituals for Death and Grief

Ceremonies help Hindus confront their grief, interact with it, accept it, and go on.

Hinduism, like other great religions, has specific rituals for honoring the deceased and addressing a family's grief. Dr. Vasudha Narayanan, Professor of Religion at the University of Florida and head of the American Academy of Religion, described Hindu ceremonies in a conversation with Beliefnet:

In most cases, the procedures are conducted almost immediately, within a 24-hour period. When a parent has died and the children live far away, other family members hold the body until the children arrive to do the last rites. According to Hindu tradition and its sacred texts, only a male family member (such as a husband, father or son) can perform the last rites. However, in some cases women have taken on this role. In Vedic times, there were incidents of the putrika--a daughter who could assume the role of a son. In later years, the religious patriarchy interpreted the putrika as the grandson, and reserved the conducting of the last rites for males. In most Hindu families, the body is bathed immediately after death, sometimes by women in the family. The ritual marks of the community, along with sacred ash, may be applied on the person's body, under the guidance of the priest who chants holy mantras, which vary in different Hindu communities. Before the body is cremated, the immediate family members put flowers on the body, rice in the mouth (as nourishment for the departed soul), and coins in the hands. The body is placed on a bier and taken to the cremation center. With the exception of the bodies of children and sanyasis, bodies are usually cremated. There are, however, some Hindu communities which practice burial. When the person dies, the family is in a state of grief. To respect this, no cooking is done in the house until the cremation takes place. "There is a saying that the fire in the house is not lit until the fire in the cremation pyre has gone out," explains Narayanan. "Friends come in with food. There are very specific dietary injunctions also as to what people can and cannot eat, especially the person who has performed the last rites. The food is vegetarian, without onion and garlic. The foods are considered satvic (pure) foods." In the place where the person died, a lamp is lit to light the way for the departed soul and water is kept there for its nourishment. The next day the ashes are collected and immersed in a river--particularly where two rivers meet; in the ocean; or scattered over the earth in India. "This whole time is one of ritual pollution. There are a certain number of days, depending on the community, after which the family is re-integrated into the society," says Narayanan. "That can happen after 13 days or 40 days--the specific number of days corresponds with caste and community." While prayers for the dead are common in all faiths, including Hinduism, the introduction of bhajans (religious hymns) set to music at a gathering of mourners are a later innovation for Hindus in both India and the diaspora. "Frequently both here and in India you have the recitation of the thousand names of Vishnu," says Narayanan. "This is particularly common for people from South India. These invocations bring the peace that everyone is searching for in the days after death--peace for the mind and the soul." The Shraddha ritual, in which food and prayers for the departed soul are offered, goes back to Vedic times. These feasts symbolically provide sustenance for the ancestors (rituals with similar philosophies are also found in China and Japan). In Hinduism, they are conducted every month for a year after the death, based on tithi (the phase of the moon), and then once annually by the same person who performed the last rites. In recent years, people have substituted other activities in lieu of the Shraddha, such as feeding the poor or giving donations to orphanages. Feeding people in memory of the dead is considered particularly meritorious. "The protocol that surrounds the Hindu funeral in America has changed, the style and texture of the event is far more Americanized than any other rite of passage," observes Narayanan. Indeed, the body is not kept at home as in India but must be taken immediately to a funeral home, and the funeral services reflect Judeo-Christian ones, with mourners watching the rituals take place, while in India these are done in private. What happens when you don't have a body or just body parts, as in the World Trade Center or Columbia tragedies? Says Narayanan, "Whatever part you have you do the cremation with that--it's comparable to when you find a limb during a war or a person is lost in a fire." Asked if there is anything in the theory of reincarnation or Hindu philosophy that can give solace to the grieving, she says, "What gives solace is the notion of immortality of the soul. The soul never dies and we have discarded this body because the soul is here and always will be. When you read the verses in the Bhagavad Gita in your time of grief, they speak to you. When you read them in a class or at other times, they are very beautiful. But when you read them in a time of pain, they are almost like a revelation, and it's like a soothing hand on you."

Some Indian-Americans journey all the way back to India to immerse the ashes in the Ganges or visit many pilgrimage sites to seek blessings for the departed soul and solace for their own pain. As Narayanan explains, "Rituals give us a way of cathartically dealing with our grief. Every one of the rituals within the Hindu ceremonies is a reality check to help us confront our grief, interact with it, accept it and keep going on--both in life and spiritually." 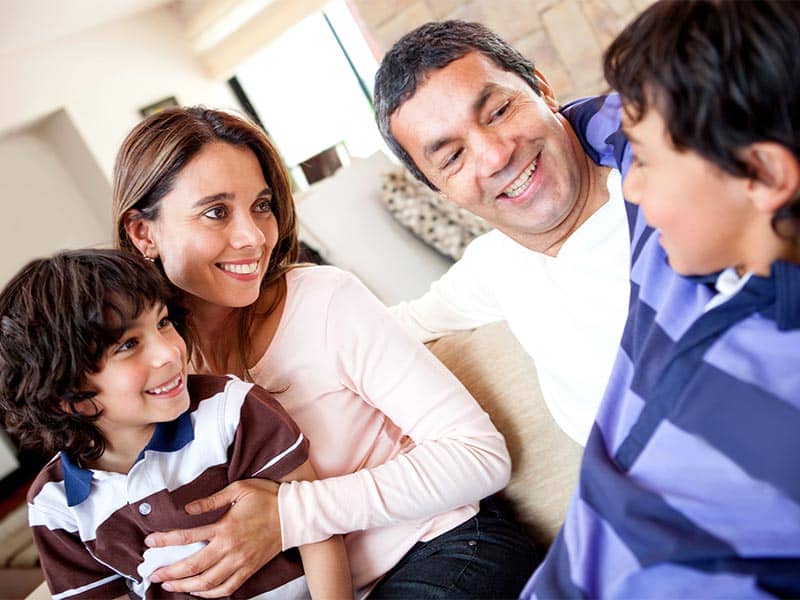 5 Important Conversations About Jesus Every Christian Parent Should Have