Is America Really So Divided?

Is the United States a bitterly divided country, split along harsh partisan political lines, or are we a nation composed mostly of moderates trapped between the extremists yelling from either end of the ideological spectrum?

Dr. Ben Carson, a renowned neurosurgeon from Johns Hopkins University recently gave a tongue-lashing to President Barack Obama at the National Prayer Breakfast.  Carson declared that he believes the ever-growing national deficit is immoral, that ObamaCare has put America’s health care system on the road to ruin, and that political correctness is stifling honest dialogue. President Obama smiled throughout the lecture, but his supporters furiously declared that a prayer breakfast was a completely inappropriate forum for such statements.

At a recent Grammy Awards broadcast, comedienne Kathy Griffin accepted her award and declared, “A lot of people come up here and thank Jesus for this. He had nothing to do with this. Suck it, Jesus. This award is my god now." Again, the reaction was predictable with furious detractors proclaiming they would never again watch any show hosting Griffin, never attend any movie featuring her, nor buy any product endorsed by her. Her defenders denounced her attackers as narrow-minded.

So, what’s going on? Some scholars believe “there’s a red and blue America and they’re very divided, woe is the country,” says Michael Wagner, an assistant professor in the School of Journalism and Mass Communication at the University of Wisconsin-Madison. "But other researchers’ work shows that most folks are fairly moderate and willing to compromise and don’t see the other side as the enemy.”

“How can both of those things be true?” asks Wagner, who studies how well democracy works, why people do what they do and how it affects the country. The answer, Wagner says, is that we are not as simple as we seem and our ideology is more multidimensional than either of these approaches suggest. “The problem with the research examining polarization and the problem with media coverage looking at it is it assumes that everyone thinks of themselves and behaves as a liberal or a conservative,” he says.

Most public opinion surveys ask participants to identify themselves on a seven-point scale: extremely liberal; liberal; slightly liberal; moderate/middle of the road; slightly conservative; conservative; extremely conservative.  But about 30 percent of the public doesn’t answer that question, Wagner says, while the majority of those who do answer say they are moderate. “And so people run to the conclusion, ‘Oh, we have a bunch of moderates,’” he says.

Citizens who hold consistently liberal or conservative positions on both social and economic issues have become more polarized along with the political parties that line up with their positions, Wagner’s research shows. But his work has also found that a sizable number of people whose preferences on social and economic issues, such as someone who favors abortion rights but opposes higher taxes, don't line up with Democrats or Republicans.

“These issues aren’t organized in the same way for everyone, but the parties put them together in a very specific way, it just doesn’t fit libertarians, communitarians, and moderates,” Wagner says. These people are more likely to shift their party allegiance in the short term and that affects how candidates must sometimes do verbal gymnastics to tailor their messages to them without upsetting their base.

Political scientist Morris P. Fiorina says no evidence supports the popular idea that the United States is deeply divided. Instead, the majority of Americans are moderate even on what are thought to be the most controversial issues, such as abortion. However, he says it’s the political candidates and the political class in general – the 1 percent of the population actively involved in politics day to day – who are so polarized. Fiorina says their passion for one extreme or the other gives the false impression that the general public feels that way. He suggests that the change is due to changes in government beginning in the 1960s that resulted in fewer personal benefits from political corruption. That, he says, led to a decrease in the number of politicians motivated by greed who were focused only on winning. Instead, we’ve seen a dramatic increase in the number of political activists on either side of the debate who are motivated by sincere beliefs – which they feel strongly.

Alan Abramowitz, author of The Disappearing Center: Engaged Citizens, Polarization and American Democracy and a political science professor at Emory University, disagrees and says America is sharply polarized. However, it may actually be good for democracy, he muses. He argues that “it certainly has not depressed interest or participation” in politics – in fact, “just the opposite.” People feel strongly and are motivated to get involved. “There's something to be said for having relatively clear choices.

“The average American citizen, contrary to myth, is neither very angry, nor very far to the left or the right, nor inclined to treat anyone with different opinions as a mortal enemy,” writes Stephen Chapman for Reason.com. “The most extreme voices tend to attract so much attention that it's easy to forget something important: Most people aren't listening. Most Americans aren't rabid liberals or fanatical conservatives. Gallup recently found that more people call themselves conservative than liberal or moderate.

“Among ordinary people who identify with one party or the other,” writes Chapman, “there is far more diversity of views than among either party's leaders. Gun owners and evangelical Christians are supposed to be repelled by elitist liberal Democrats,” but nearly 40 percent of gun owners voted for Obama, along with more than a quarter of white evangelical Protestants.

Wagner says he wants to continue examining what it is that explains people’s ideology, potentially going beyond political questions and looking at how personal traits may drive their positions on issues. “There’s a greater diversity of opinion than we’re led to believe,” Wagner says. “People’s political differences come from deeply held and honestly held positions.”

Though Republicans are the anti-abortion party, writes Chapman, one-third of Democrats are closer to the GOP position than to that of their own party.  “Another reason for the acidic climate is the rise of cable TV networks that thrive by taking ideological sides, day in and day out. Twenty years ago, they didn't exist. Today, watching Fox News, you get the impression that huge numbers of Americans regard Obama as a Stalinist. Switch on MSNBC, and you would assume that most people want Dick Cheney sent to Guantanamo.

You would be mistaken, writes Chapman. America is still a nation of moderates. 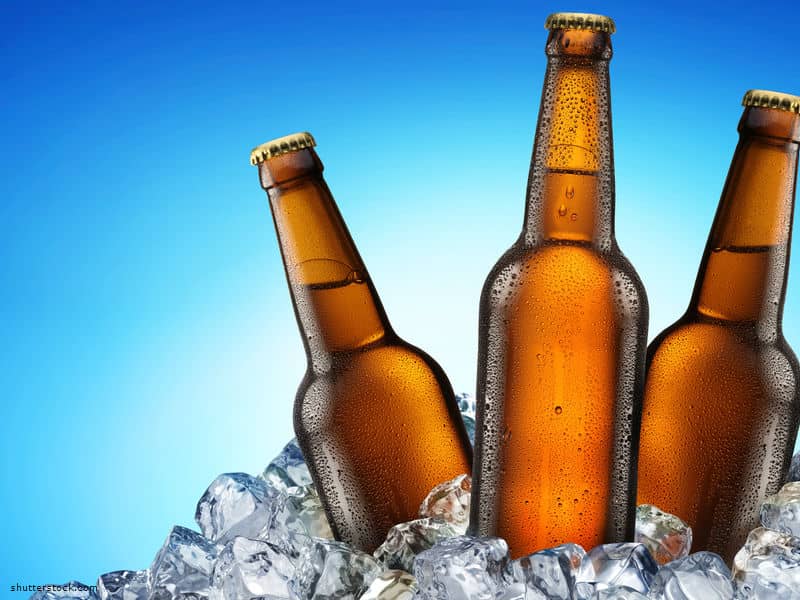 Can Christians Drink Socially?
Is it OK for us believers to drink socially, or is it a sin? Read next feature >