Science and religion have been at divisive odds during Earth’s entire existence…until recently, that is. The scientific phenomenon known as Quantum Physics (Quantum Theory) has been discovered and is being widely embraced by many scientific leaders. The more that is learned about quantum physics, the more we discover it’s Biblical basis and it’s proof of God’s perfect design.

Science and religion have been at divisive odds during Earth’s entire existence…until recently, that is. The scientific phenomenon known as Quantum Physics (Quantum Theory) has been discovered and is being widely embraced by many scientific leaders. The more that is learned about quantum physics, the more we discover it’s Biblical basis and it’s proof of God’s perfect design. At the turn of the 20th century, scientists assumed they had uncovered all the basic fundamental laws and rules that governed our existence. It wasn’t until physicists like Max Planck, Niels Bohr and Albert Einstein began to study particles using newer technologies, that they discovered a whole sub-layer of physics that involved the very small, mysterious units of matter and energy. This new discovery left them bewildered and unable to fully explain the phenomena they witnessed before their eyes. Thus, the birth of this strange and mysterious truth of science.

What is Quantum Physics?

What is Quantum Physics?

In essence, quantum physics is the study of matter and energy at very small, nanoscopic levels, beginning within nuclei, atoms and molecules. Modern science declares that "quanta particles" (light particle wave packets) form atoms. These atoms form molecules and molecules form objects—everything that we can see is made up of these quanta particles. What makes these quanta particles so special is that they do not behave in ways according to known laws of physics, thus making them more of a series of probabilities, rather than something we can scientifically define and observe. Everything that we can see is made up of things that we cannot see—unseen particles. It is in this unexplained, fundamental discovery in science that we find our first Biblical evidence of this phenomenon in Hebrews 11:3 "By faith we understand that the entire universe was formed at God’s command, that what we now see did not come from anything that can be seen." (NLT)

May the Force Be With You

May the Force Be With You

So we understand that quantum physics defines that everything is made up of little bits, but what is the force holding the quanta particles, atoms and molecules together? The answer is LIGHT. Light keeps electrons tied to the nuclei of atoms, and atoms tied together to make molecules and objects. All forms of matter are actually made up of solidified light.  Here we find our second Biblical evidence of God’s perfect design in the creation of this world, "Then God said, "Let there be light," and there was light.  And God saw the light was good." (Genesis 1: 3-4, NLT)  Throughout the rest of Genesis, God continued creating the splendor of the world--the sky, they earth, the ocean, the sun, the moon, the creatures and finally, man.  Light was the first thing He made before all else.  Light was essential to create these things, since His design requires the light force to bind our particles together.

Prior to the discovery of quantum physics, most scientists believed that time and space only existed in a linear, continuous fashion. One scientist in particular, Albert Einstein, whom spent much time studying quantum physics, made a parallel discovery that time and space were relative, not absolute as they were believed before (the Theory of Relativity). After spending may years trying to refute his findings in quantum physics, Albert Einstein conceded to this phenomenon and was quoted as saying "For us physicists, the distinction between past, present and future is only an illusion." From that point on, scientists began to accept the truth they witnessed within the quanta particles and they acknowledged that even time and space contain the smallest possible values. It is by God’s design that our minds transcend space and time, "But do not forget this one thing, dear friends: With the Lord a day is like a thousand years, and a thousand years are like a day." 2 Peter 3:8 NIV. We are reminded of His majesty in Job 36:26, "How great is God—beyond our understanding! The number of his years is past finding out." NIV

More recently in 2007, one scientist claims to have discovered a theory within quantum physics that provides and explanation for death and afterlife. Dr. Robert Lanza, developed the theory of biocentrism which states that the existence of life and biology are central to being, reality and the cosmos—our consciousness. In essence, it is that life creates the universe, rather than the other way around. Dr. Lanza uses the famous "double-slit test" to illustrate his point: the double slit test is an experiment of light and matter which found that it can display characteristics of both waves and particles—it’s behavior changes depending on the observer’s perception and consciousness—quite an unexplained phenomenon of quantum physics! Dr. Lanza asks "Why does our observation change what happens? Answer: Because reality is a process that requires our consciousness." He claims that this experiment would explain the quantum effects of the afterlife and supports the many reports of afterlife experiences by people who have died, visited another realm and lived to tell about it. One such supporter of this theory is Dr. Eben Alexander, whom cannot scientifically explain his experience visiting heaven when he was clinically brain dead from meningitis, thus making it scientifically impossible to generate any neurologic activity and brain function. Yet, he had such a powerful afterlife experience that he has lived to tell.  He said, 'My journey deep into coma, outside this lowly physical realm and into the loftiest dwelling place of the almighty Creator, revealed the indescribably immense chasm between our human knowledge and the awe-inspiring realm of God."  He goes on to state, "The brain itself does not produce consciousness.  That it is, instead, a kind of reducing valve or filter, shifting the larger, nonphysical consciousness that we possess in the nonphysical worlds down into a more limited capacity for the duration of our mortal lives." (Proof of Heaven: A Neurosurgeon's Journey Into the Afterlife, 2012) While Dr. Lanza’s theory is not widely embraced by fellow scientists, his discovery in conjunction with quantum physics certainly could shed light on God’s promise of eternal life to those who believe (John 3:16). As the Bible so beautifully explains in 2 Corinthians 4:18 "So we fix our eyes not on what is seen, but on what is unseen, since what is seen is temporary, but what is unseen is eternal." 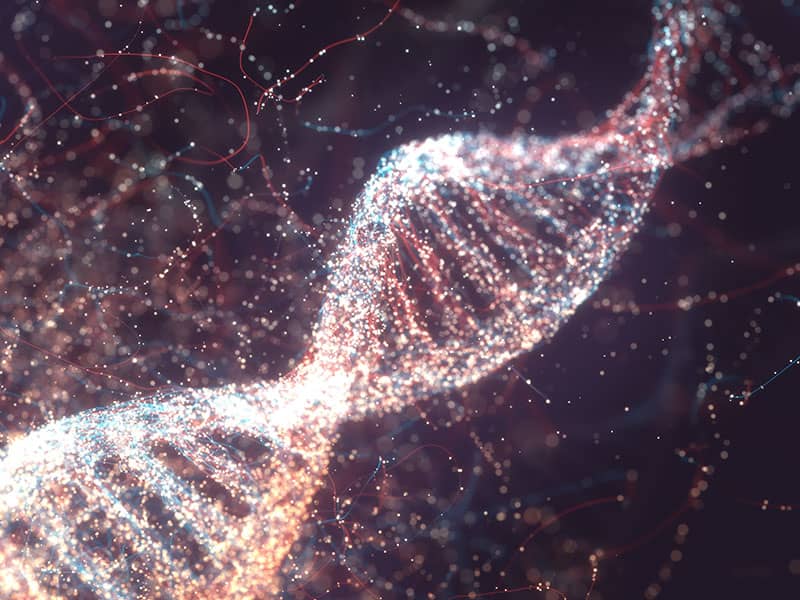 Can Science Prove God?
For the last several centuries this question would have seemed absurd. Galileo was forced to recant his discoveries before the Pope. Darwin faced vociferous opposition from religious quarters. Today, however, a new way of thinking has found expression among devout scientists. Read next feature >