5 People Died, Went to Heaven and Lived to Tell About It

What do a teenager, a neurosurgeon, a trucker, a mother and a spine surgeon all have in common? They all died, went to heaven and lived to tell about it. 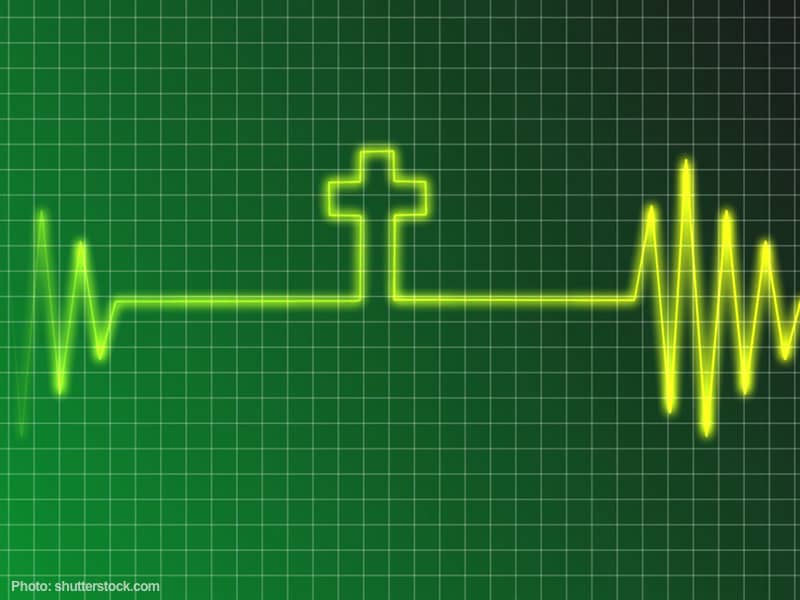 What do a teenager, a neurosurgeon, a trucker, a mother and a spine surgeon all have in common? They all died, went to heaven and lived to tell about it. Whether you are skeptical about afterlife or firmly believe in life after death, these near death accounts of heaven are real…and they are astounding. 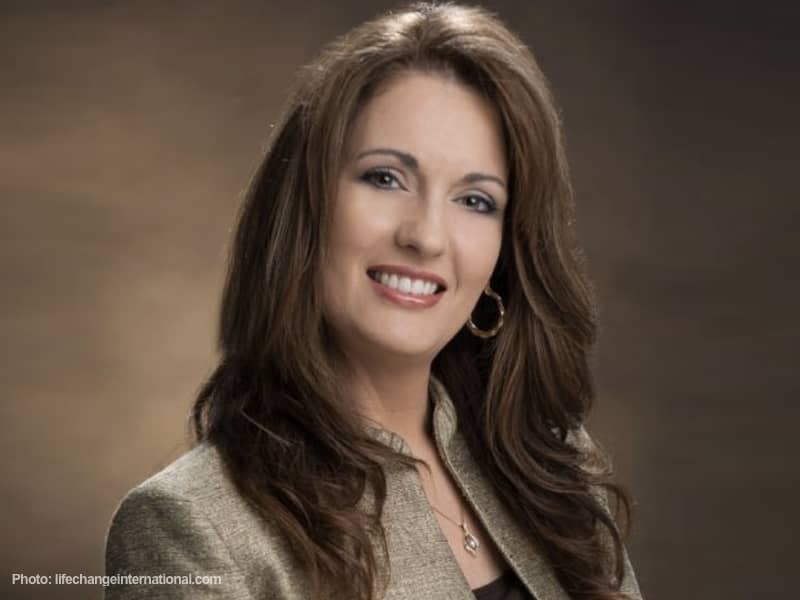 At the young age of 15, Tamara Laroux cried out to God to forgive her as she grabbed her mother’s .38 caliber gun, placed it over her heart and pulled the trigger. After her parents divorce left her feeling overwhelming loneliness and rejected, she believed the only answer to end this torment was to end her life. As she felt her spirit escaping her body, she found herself falling and falling. She ended up in a place that was a complete torment and her body was burning. She was no longer lonely. She was no longer depressed. She claims that she became depression and loneliness. She became a tormented being of fear. She recalls seeing everyone screaming in pain and that their only desire was to scream out to everybody on earth, "Do not come here. Acknowledge that life is about Jesus Christ. Eternity is real." She then saw the hand of God come down and she knew He was coming for her. In an instant, she was not a being of tormented sin, she was now being cleansed. She had feelings that were beyond peaceful, gorgeous and magnificent. She was able to feel His presence and perfect serenity and joy for the first time in her life. In an instant, His hand brought brought her back to earth and back into her physical body. At that moment, she knew God loved her. She asked for forgiveness and He granted it to her. It is a miracle that she is alive today as she was told that the impact of the revolver was at such a close range, that is should have exploded her heart. Tamara has since spent her life serving the Lord in ministry and uses her story of survival as a testament to His love, forgiveness and power.  Tamara has since written a book, "Delivered." 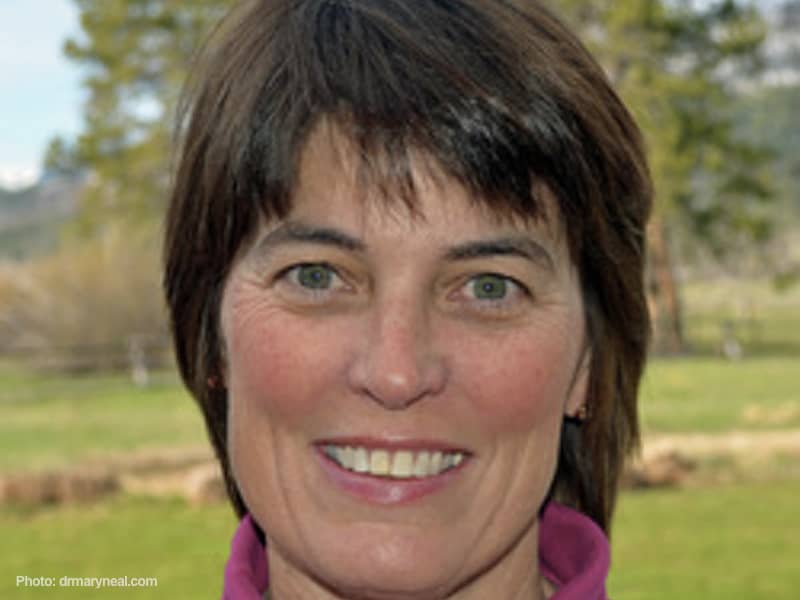 Dr. Mary Neal, an orthopedic spine surgeon and avid kayaker, went on a trip to Chile with her husband for a week of kayaking. As an experienced kayaker, she went down a routine waterfall drop but suddenly found herself completely submerged and pinned underwater. She recalls beginning to pray, "God’s will be done" and at that moment she was overcome by a physical sensation of being held, comforted and reassured. She believes that Christ was holding her while she was drowning. She felt her spirit leave her body on the river and was met by heavenly beings, overjoyed to see her. They took her down a beautiful path to a great dome structure that was "not only was exploding with beauty and color, but it was exploding with this absolute love of God, that was beyond anything I could ever describe or ever truly explain. And I couldn’t hardly wait. I was overwhelmed with the sensation of being home." After soaking in the splendor of this experience, she was told it wasn’t her time yet and had to go back to her body. She had more work to do. She returned to earth and recalls seeing her body being pulled to shore and watched as they began trying to save her life. Having been gone between 15-25 minutes, she reentered her body. Medical science cannot explain her survival. When asked if this changed her life, she says with absolute assuredness that it has, "God loves each and everyone of us and really is there and is working in each and every one of our lives. That love is everything."  Dr. Neal since has written a book "To Heaven and Back." 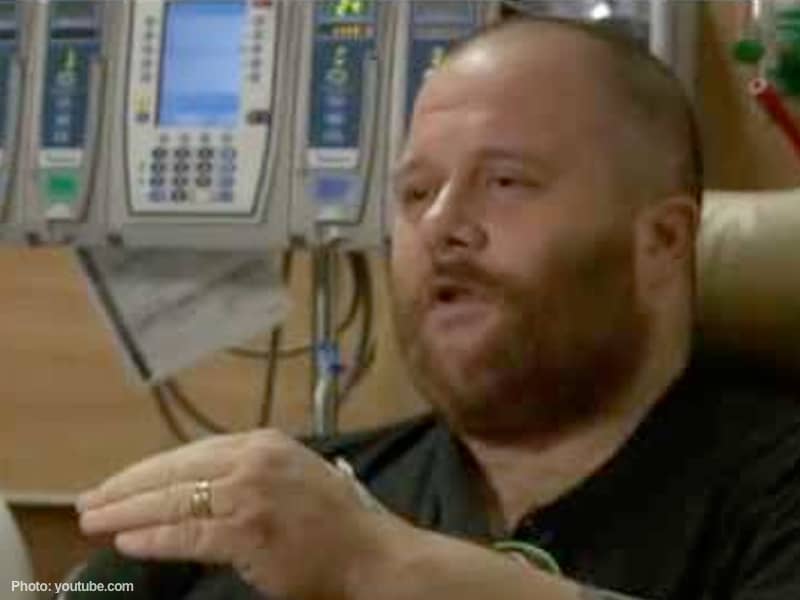 41 year-old husband and father of 3, Brian Miller’s heart suddenly stopped beating for an entire 45 minutes in the hospital, as first responders desperately worked to save his life. During this time, Brian claims to have seen the "light" and found himself walking along a path lined in flowers to heaven. He then ran into his mother-in-law, whom had just passed away just days before. He recalls, "the only thing I remember, I started seeing a light and started walking towards the light. She was the most beautiful thing when I seen her.   It was like the first day I met her.  And looked so happy.  She grabbed a hold of my arm and she told me, ‘It’s not your time, you don’t need to be here … you’ve got things to go down and do." Then her husband Jack appeared and they both began waiving at him, urging him to go back. Meanwhile, after desperate attempts to save his life, medical workers were miraculously able to get a heartbeat. His brain had no oxygen for 45 minutes and yet he could walk and talk as if nothing happened. Brian said the experience has changed his entire outlook on life and death, "there is an afterlife and people need to believe in it. Big time." 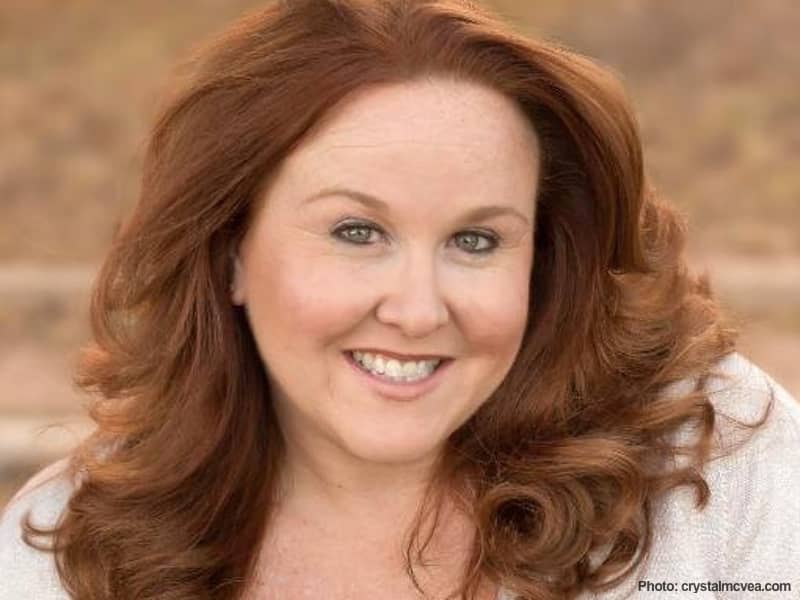 After being molested at the early age of 3, Crystal McVea wrestled with her faith in God most of her entire life. She believed the lie that she was tainted and filthy and that God didn’t love her. So as a result, she went down a path of drugs, alcohol, and promiscuity. Having finally settled down with her husband and 3 children, this mother of 3 found herself clinging to her life in December 2009. When major complications arose from a routine surgery, Crystal developed a 110 degree fever that caused her to physically die. For the next 9 minutes, doctors and nurses frantically tried to save her life. During this time, Crystal remembers the moment that she closed her eyes, was the same moment she opened them in heaven. She recalled being "so at peace, so bathed in this light and love." She knew she was in the presence of God. "I could not get enough of Him, I could not breathe enough of Him, I could not get close enough," she said. She remembers wanting to ask Him a question, "why He didn’t love me? Or why He let’s bad things happen?" but instead, she was overwhelmed with worship and asked "why didn’t I do more for you?" She said, "because in an instant He revealed His true self to me, which is love." After spending a little more time with God, He gave her a choice to go back to earth. As she was about to return, she recalls Him saying, "tell them what you can remember." At that moment, she found herself back in her body. Having had this treasured moment with God, she is now a different person than she was before she died because she now knows that there is a God and He loves us. She said the message that He sent her back with is simple, "It just doesn’t matter who we are, where we’ve been, what’s been done to us, what we’ve done. That His love is so vast and so great, that it encompasses everything and that we have that love not for not anything we’ve done to deserve it, but because He finds us worthy and because He gives us the choice to choose Him."  Crysal has since written a book "Waking Up in Heaven." 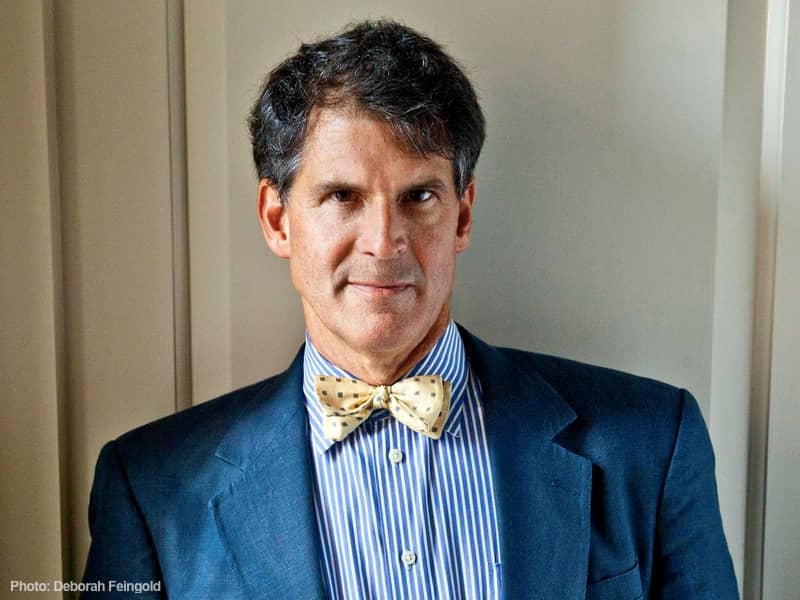 Before visiting the afterlife, Dr. Eben Alexander, a well-respected neurosurgeon, was a man of science and didn’t believe in life after death. In 2008, he woke up in middle of the night suddenly ill and in extreme pain. He had contracted a rare and deadly form of bacterial meningitis, which effected his brain. By the time he reached the hospital, he was in a coma and on death’s door with no recognizable brain activity. During his coma, he began his unbelievable journey to a place he didn’t believe existed. He said, "when I was younger I thought a heaven and a loving god made sense, but through my academic and neurosurgery career, I saw less and less that, that could be the case." The trip to heaven began in a dark formless place without memory, language or time. He found himself rescued by a "spinning melody of light." The place surrounding him was hyper vivid—colors, butterflies, flowers, and an unknown presence, a beautiful girl guiding him. He recalls that "she had a beautiful face with a wide smile, high cheek bones, absolutely gorgeous clear blue eyes." A word was never spoken to each other, but her thoughts would come into his awareness, "you are loved, you are cherished, there is nothing you can do wrong." He was told that they were going to teach him many things in heaven, but that he was going back. On the 7th day of his coma, he opened his eyes and his first words were, "all is well. Don’t worry, all is well." He made an astonishing full recovery. To refute scientific skeptics, he points out that he had such severe meningitis, his brain completely shut down and it would have made it impossible to have the kind of visions he generated. He wrote down everything he remembered before speaking to anyone, so as to not taint his memory. He later began to research other afterlife experiences and noted that everyone was guided to heaven by a family member. It haunted him that he didn’t know who it was that guided him through heaven, until a family member made the connection that his biological sister that he had never met, had passed away at age 38. When he saw a picture of her for the first time, he knew it was she that lead him. He is forever changed by his near death experience and now holds the confidence that our souls are eternal and hopes to tell his story all around the world.  Dr. Alexander has since written a book, "Proof of Heaven." 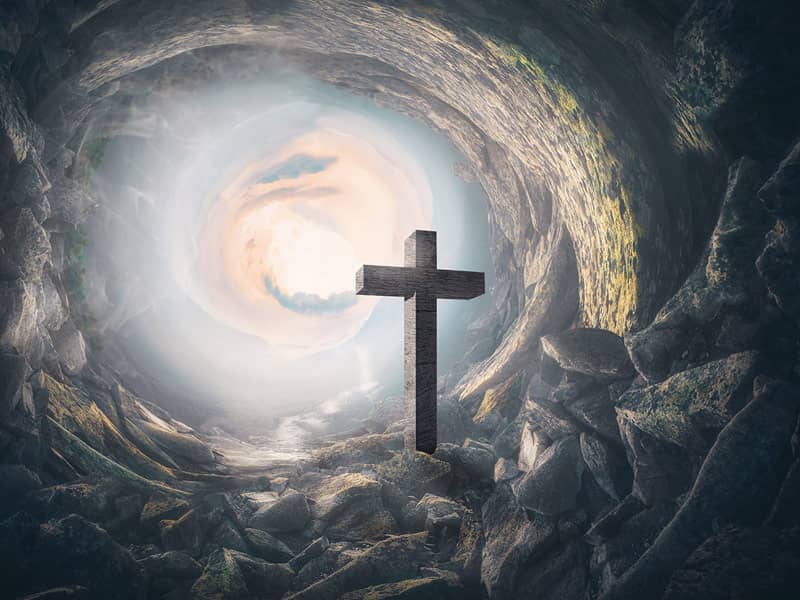 9 Things You Don’t Know About Jesus’ Death
He threatened a corrupt, unofficial government that controlled the Temple and all of Israel. The average man didn’t know about it, but Jesus did and that’s why He constantly attacked them. Threatened by His denunciations, they took cruel action … Read next feature >