5 Patron Saints to Call on in Time of Trouble

Catholics, Episcopalians and Orthodox Christians are just a few of the religious groups that honor men and women who are holy and serve as great role models for modern people. We call these holy people saints. A few of these saints are thought to work as advocates for us here on Earth, and they are called patron saints. The following list contains five patron saints to call upon in times of trouble.


Catholics, Episcopalians and Orthodox Christians are just a few of the religious groups that honor men and women who are holy and serve as great role models for modern people.  We call these holy people saints. A few of these saints are thought to work as advocates for us here on Earth, and they are called patron saints. Contrary to popular belief, people do not worship patron saints, but call on them as to intercede to God on their behalf.  Although we know that God is always there to listen and help us in our troubles, patron saints can also help us plead our case.  The following list contains five patron saints to call upon in times of trouble.

The Patron Saint of Lonliness

The Patron Saint of Lonliness

St. Rita was a woman from the Middle Ages who became a nun after her husband was murdered. She is considered the patron saint of abused women, loneliness, spousal abuse, sterility, bad marriages, and widows. It is probably because of her association with widows and abuse that she assumed the patronage of all lonely people.


Sample Prayer:  “Sweet Saint Rita, patron of loss and loneliness, please help me find a friend to lead me out of this dark place. In the blessed name of Jesus, I pray.”

The Patron Saint of Money Problems

The Patron Saint of Money Problems

The Infant Jesus of Prague is technically not a saint. It is the veneration of the child Christ, but this statute has an interesting history. In the 1600s, Prague was in a country called Bohemia.  In 1628, Princess Polyxena von Lobkowicz gave the statue of the infant Jesus to a local order of Carmelite nuns. By 1631, the country of Bohemia was invaded by the Swiss. The convent was pillaged and the statue was thrown into a trash heap. One day, six years later, a priest named Father Cyrillus was walking and he found the statue with its hands broken off in the trash heap. The statue started to speak. It said, “Have pity on me, and I will have pity on you. Give me my hands, and I will give you peace. The more you honor me, the more I will bless you.”  This statue is associated with many powerful and good blessings. The Infant Jesus of Prague is also the patron of schools, vocations, students, foreign missions and good health.

Sample Prayer:  “Precious Infant Jesus, have pity on me. Bless my home, finances and family. I pray in your most holy name.”


This file is licensed under the Creative Commons Attribution-Share Alike 3.0 Unported license

The Patron Saint of Romantic Love

The Patron Saint of Romantic Love

Now, this can’t be a surprise! St. Valentine was a Roman priest who got in trouble during the third century for marrying Christians. During the waning days of the Roman Empire, helping Christians was a punishable offense and Valentine was thrown in prison. There are various stories about why Valentine was martyred. Some sources say it was for trying to convert Emperor Claudius to Christianity, and other sources say it was for refusing to renounce his Christian faith. Regardless of the reason, he was beheaded after the Romans couldn’t kill him by stoning.  In addition to being the patron saint of love, lovers and a happy marriage, St. Valentine is also the patron saint of protection against fainting.


Sample Prayer:  Dear St. Valentine, help me find my true God-appointed love. Help me nurture that love when I find it, and forgive that love for not being perfect, for only God himself is perfect. This I pray.

This work is in the public domain in the United States, and those countries with a copyright term of life of the author plus 100 years or less.

The Patron Saint of Good Luck

The Patron Saint of Good Luck


Sample Prayer:  Saint Christopher, intercede for me, and make my luck and my faith in my Lord increase every day.”


The work of art is in the public domain and the photographic representation of the art is afforded no other copyright protections in the United States.

The Patron Saint of Teenagers in Trouble

The Patron Saint of Teenagers in Trouble

St. Dominic Savio may be the youngest saint ever canonized. He was only 15 years old when he died in 1857, but spent his young life helping less fortunate boys and organizing them in religious organizations. Dominic was born in Riva, Italy and was frail and sick his entire life. In 1854, he went to Turin, Italy to study with St. John Bosco and help him with his mission helping poor urban youth.  In 1857, he died after a brief illness; St. Pius X canonized him in 1954.


Sample Prayer:  “Dear St. Savio, show me how to relate to my troubled teenager. Help me provide the love and guidance that he/she needs. Take my teenager by the hand and lead him/her to God’s heavenly grace. Amen.”


This picture is in the public domain 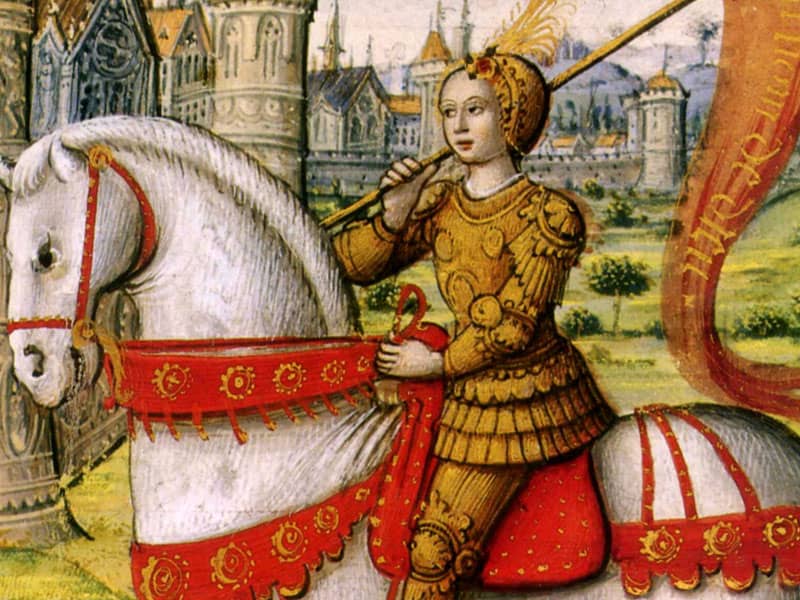 10 Influential Saints and Their Legends
Each of these popular Catholic saints has an amazing life story that will inspire your faith. Read next feature >