Diverse Public Prayers, A Hallmark of America, Should Unite Us, Not Drive Us Apart

The U.S. Supreme Court is about to consider whether public prayer, offered for more than 200 years by the city council of Greece, N.Y., is unconstitutional. The repercussions will be nationwide – as every city council, school board, public meeting and even Congress awaits to see if they will be barred from asking God’s blessing. 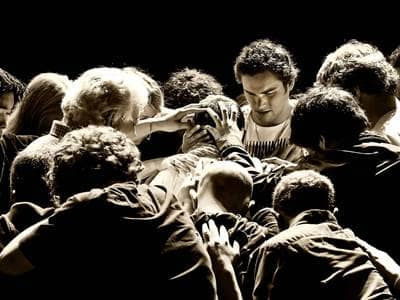 The U.S. Supreme Court is about to consider whether public prayer, offered for more than 200 years by the city council of Greece, N.Y., is unconstitutional. The repercussions will be nationwide – as every city council, school board, public meeting and even Congress awaits to see if they will be barred from asking God’s blessing.

“Thirty years ago in Marsh v. Chambers, the Supreme Court resolved this issue. The court concluded that prayers to open legislative sessions are OK as long as they do not stem from any impermissible motive and the prayers aren’t being used to proselytize or disparage any faith or belief,” writes A.J. Kritikos for the Washington Times newspaper.

“In that case, there was a designated chaplain that opened each session. The chaplain was paid with public funds and was a Presbyterian. In the Town of Greece, however, the person giving the opening prayer is not paid and changes each month,” writes Kritikos.

“In the wake of a string of recent attacks on public prayer in the courts,” declares the American Center for Law and Justice website, “members of Congress are taking action. Representative Tim Walberg (Michigan), a member of the Congressional Prayer Caucus, along with 33 co-sponsors, has introduced a resolution expressing support for prayer at school board meetings. H.Res. 662 specifically urges courts to correctly apply the landmark Supreme Court ruling in Marsh v. Chambers, which upheld the constitutionality of public prayer at the opening of ‘deliberative public bodies.’”

Why the confusion? The opening of sessions of legislative and other deliberative public bodies with prayer is deeply embedded in the history and tradition of this country, notes the ACLJ website. “From colonial times through the founding of the Republic and ever since, the practice of legislative prayer has coexisted with the principles of disestablishment and religious freedom. In the very courtrooms in which the United States District Judge and later three Circuit Judges heard and decided this case, the proceedings opened with an announcement that concluded, ‘God save the United States and this Honorable Court.’ The same invocation occurs at all sessions of this Court.”

“However,” explains the ACLJ, “since Marsh was decided in 1983, various courts have applied its analysis with vastly different results.” Specifically in relation to school board prayer, many courts have chosen to apply a conflicting ruling – Lee v. Weisman – which held school sponsored prayer unconstitutional, instead of Marsh. “Thus, some courts have chosen to consider school boards in the context of a public school as opposed to viewing them as deliberative bodies where prayer has been held constitutional.”

“The town board in Greece, N.Y., began its July 16 meeting in the usual way, with Supervisor John Auberger inviting a Christian minister to say a prayer. Nathan Miller of Northridge Church asked God to guide the proceedings, invoking ‘Your son, Jesus,’” reports Greg Stohr in Businessweek magazine.

“The Rochester suburb’s public prayers are now the focus of a U.S. Supreme Court case that may redefine the legal limits on religious expression at official functions across the country,” writes Stohr. “The case will mark the first time the court has considered prayers by legislatures since it upheld the practice 30 years ago. Two Greece residents have waged a five-year campaign against the prayers, arguing that the town’s board goes beyond what the justices allowed in 1983 and violates the Constitution by endorsing Christianity. “Government should be inclusive,” says Susan Galloway, 51, one of the women challenging the practice. “There are people who don’t believe, and they’re part of this country, too. We all have a right to be part of it and not feel excluded.”

“The town counters that it hasn’t shut out members of other faiths,” writes Stohr. “Officials say the opening prayer has at times been delivered by a Jewish man, a Bahai leader, and a Wiccan priestess who invoked Apollo and Athena. ‘People from other faiths did volunteer, which is great,’ says one of Greece’s lawyers, Brett Harvey of the Alliance Defending Freedom. ‘The town has no problem with any of that.’/p>

“The case will test the impact of changes to the court’s composition over the past decade. The high court has taken up religion cases only sparingly since John Roberts became chief justice in 2005. In perhaps the biggest ruling, a 5-4 decision in 2010, it revived a federal law designed to protect a Christian cross erected as a war memorial on public land.

“The goal of avoiding governmental endorsement does not require eradication of all religious symbols in the public realm,” Justice Anthony Kennedy wrote in the court’s lead opinion in that case.

“Every day before debate commences, the Senate pauses for prayer and reflection,” observes Senator Macro Rubio (R-Florida). “It is an opportunity for senators to affirm what unites us and those we represent, and to reflect on the profound duty we owe our fellow Americans.”

“As a nation founded on Judeo-Christian values, legislative bodies throughout the country, from the Senate down to local city governments, have made prayer a routine part of their day before getting down to the people's business,” notes Rubio.

If the Supreme Court rules against such prayer, it will jeopardize not just legislative prayer, but also push the country one step further towards an unimaginable America where religion is stigmatized, feared, and something best kept private, writes Rubio.

“Legislative prayer has roots as deep as the country. In 1789, the first Senate elected the Episcopal Bishop of New York as its first Chaplain to lead the body in prayer. As our country has grown more diverse, so has the practice of prayer in the Senate. Chaplains have been drawn from a variety of Christian faiths, and the Senate has regularly been led in prayer by guest chaplains from other major religions, including Judaism, Islam and Hinduism.”

“Prayer has been a hallmark of not just the Senate, but the House of Representatives, and state and local legislatures around the country. Legislative prayer is as familiar as the Pledge of Allegiance, and has a longer pedigree,” notes Rubio. “Yet, it is a practice that is under assault.”

It is under attack “by those who badly misunderstand Americans' unique appreciation for the complementary roles of faith and freedom in our constitutional republic,” writes Rubio.

Our Founders, and generations of Americans since, sought freedom of religion, not freedom from religion, says Rubio.

“They sought a place where they had freedom of conscience, not a place devoid of religion.”

“This is part of the genius of America, a place where we do not feel threatened by each other's faiths,” writes Rubio.

Two years before the Declaration of Independence, the First Continental Congress debated how delegates of diverse religions could possibly pray together. Samuel Adams rose to say that "he was no bigot, and could hear a prayer from a gentleman of piety and virtue, who was at the same time a friend of his country." Adams, a Congregationalist, then moved to appoint an Anglican to lead a prayer.

“Unlike so many other countries around the world,” writes Rubio, “America always has been a place where religion brings people together. In times of war and peace, tragedy and triumph, prayer has brought us together.”

“Prayer has and inspired many of the great reforms that have strengthened and delivered on the promises of liberty made in 1776.”

“There are many things wrong with Washington today,” notes Rubio, “but the American tradition of legislative prayer is not one of them.”